Homepage > A Tale of Two Cities

A Tale of Two Cities

Both are two of the most significant cities in Java. Surabaya is the second largest by its population, its business and its port, base for the Indonesian Navy. The other, Yogyakarta, by the concentration of universities and consequently for students. Here, from time to time, Mount Merapi recalls its presence spitting some ashes. 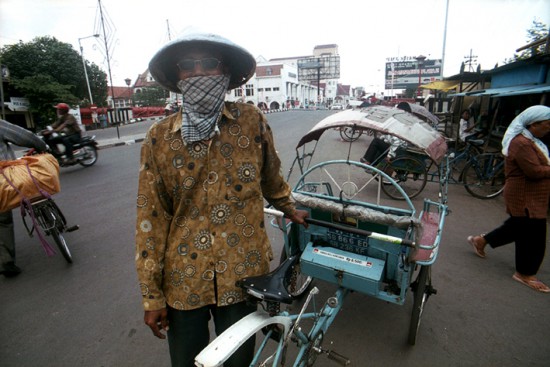 Surabaya is represented by a shark fighting against a crocodile. A recurring and polysemic symbol. May represent two ancient kingdoms at war, perhaps the Mongols, perhaps the Majapahits. Or perhaps represent the struggle against the Japanese during World War II. Perhaps the two mythical heroes called Sura and Baya fighting each other, although sura or suro means shark while buaya means crocodile. There are theories to suit all opinions. The fact is that as early as the fifteenth century drew the attention of the eunuch admiral Zheng He and his fleet. Captain Blight, describing the Madura Strait area wrote Sourabaya is one of the most pleasant places I ever saw. It is situated on the banks of a river…navigable up to the town for vessels of 100 tons burden. In 1811 John Joseph Stockdale gathered for the first time in English the news arrived to London from the remote island in the volume entitled Island of Java where can be read that Surabaya is a small town not mentioned in any Geography, although it is an establishment of some importance and very healthy. () The ships destined for the Philippines and for China generally called Surabaya.

Or maybe was for the trade. The exerted by the Dutch during the colonial era and today has created a host of modern shopping centres alternating with street markets and restaurants that are set up on the sidewalks every night and disappear after the last diner desserts. 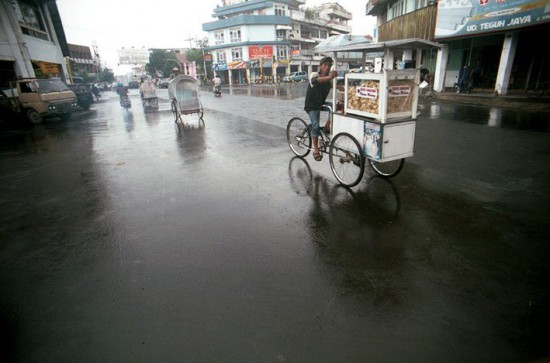 Jambatan Merah, the Red Bridge, marks the gateway to the old city. Between the bridge and the canal, Chinatown has hundreds of shops and stores, where, together with the nearby Pass Pabean, unimaginable things may be found. Here the patron goddess of sailors who were shipwrecked has her temple Hok An Kiong, built in wood in the eighteenth century. A few blocks northwards, on both sides of jalan Mas Mansyur, extend the Arab neighbourhood around Sunan Ampel mosque and tomb. He was one of nine Muslim saints who spread Islam in Java and was buried here in 1481. In jalan Ampel Suci there is a covered bazaar of narrow streets where floats in the atmosphere what it is available in the stalls: perfumes, fragrances and incense for religious worship, also beautiful fabrics at the best prices of East and West, they say.

In Tugu Station in Yogyakarta, rickshaws, becak and avid taxi drivers expect for travellers arriving by the rail line that links Surabaya to Bandung and Jakarta. The city, the capital of the Sultanate of Mataram, between 1575 and 1640, is the home to nearly a dozen universities and high schools. It is also the cradle of traditional Javanese culture and performing arts. The former Sultan’s palace, the Kraton, houses major gamelan orchestras, in addition to preserving some of the oldest instruments in the country. In the same Kraton Ramayana representations are interpreted periodically by wayang kulit, the famous Javanese shadow theatre.

To the south, the premises end at Pasar Ngasem, the bird market. Thousands of wooden cages with wire bars retain an infinite number of parrots, parakeets, macaws and mainly songbirds, most appreciated for their musical skills than by their feathers. A narrow passage leads from here to the broken walls of Taman Sari, the Water Castle sultan Hamengkubuwono I ordered to build once the Kraton was completed. In its walls there is a circular pit they call Sumur Gumuling. It said that here the Sultan cited goddess Kyai Loro Kidul, the goddess of the South Sea which here is the Indian Ocean. The goddess promised in marriage to all the rulers of Mataram. From its ramshackle battlements the view over the rooftops of the city is unbeatable. To the north we glimpse Gunung Merapi threatening summit, literally Mountain of Fire, which stubbornly insists on throwing its ashes over the city. In fact it is the more active in whole country. The first time an eruption was recorded was in the year 1548. The last, up to the present, was in October 27, 2010 and caused at least 272 victims. 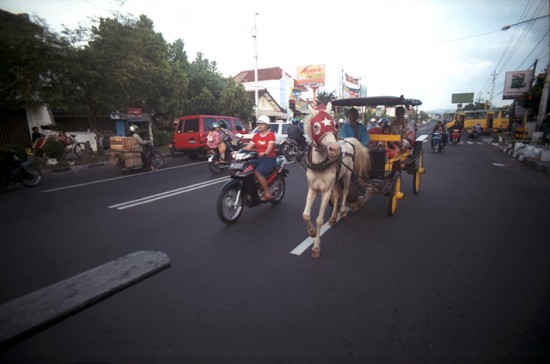 The area now occupies Yogyakarta was once, around the eighth century, the Kingdom of Mataram, hub of the refined Hindu-Buddhist Javanese culture which would rise the great Borobudur and Prambahan temples. Between the fourteenth and sixteenth centuries would be related to the Mahapajit Empire until the establishment of the Mataram Sultanate based in Yogyakarta. During the reign of Sultan Agung Hanyokrokusumo, in the first half of the seventeenth century, the Sultanate occupy much of the island of Java, including Surabaya until the VOC, the East India Dutch Company appeared.

During the independence process, or Indonesian National Revolution, after World War II, Surabaya fought a decisive battle against the English troops who watched over the interests of the Netherlands after the war. The city earned the nickname of Kota Pahlawan, the city of heroes. A Scottish girl named Muriel Pearson was active in the struggle against the Japanese and the Dutch. She get the nickname of Surabaya Sue. She died at a residence in Australia in 1997. Yogyakarta was already for the Javanese a resistance symbol since the rebellion of Prince Diponegoro in the nineteenth century. Later, in 1946, became the capital of the Republic instead Jakarta until 1948, when it was sized again by the Dutch. Sovereignty was transferred to the new Republic of Indonesia from the Netherlands on December 27, 1949. A tale of two cities that Dickens wouldn’t relate. 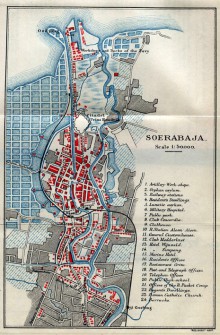 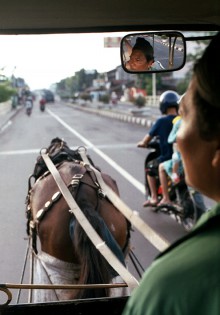