The City into the Palace

17/11/2017 15:58
Illyrian, born in Salona, Dalmatia, Gaius Aurelius Valerius Diocletianus reached the summit of power in Rome on November 20 of the year 284, establishing a governance reform that became known as the Tetrarchy, dividing the state control between two Augusti and two Caesars, between East and West....

Entertainment in the Empire

19/12/2016 15:58
Ancient Rome citizens were fond of public entertainment that scarcely differs, except for a few details, from those that are now offered on football stadiums, sports palaces or bullrings. In imperial times tens of thousands of spectators flocked to venues where watch races, fights or dramatic...

23/03/2016 10:12
Driving along A9 motorway through French Languedoc region, occasionally a sign reminds that we are running on the ancient Via Domitia, a Roman road that linked the province of Tarraco in Hispania with Cisalpine Gaul, from the Pyrenees to the Alps. A route that Greeks attributed to hero Heracles,...

31/07/2015 18:37
Between Emporiae and Tarraco, bridgeheads of Ancient Rome in the Iberian Peninsula after the Second Punic War, the Republic consolidated their domains establishing intermediate settlements or military camps, usually where there were already native settlements. So Baetulo and Barcino, Badalona and...

09/02/2015 19:06
According to legend, Rome was founded by the twins Romulus and Remus 754 years before our era. Raised by a she-wolf they would establish between seven hills what would become Caput Mundi, the capital of the world. Roma started to become a city on the seventh century BC when the Etruscan Tarquin...

05/08/2014 09:31
As Bob Dylan in the sixties, Caius Calpetano Rantio Quirinal Valerio Festo probably thought the times they are a-changin’ when he saw finished the new road he had inaugurated. It linked Bracara Augusta with Asturica Augusta, at the end of the Empire. Vespasian, the Emperor had ordered its...

21/01/2014 16:07
Hadrian wanted to know with his own eyes the territories he was ruling. In the year 129 he visited a city cornered in the bounds of his empire, in an extreme province called Arabia. In one of its cities, Gerasa, a triumphal arch was made to commemorate his visit. Gerasa, now Jerash in today Jordan,...

04/10/2013 11:46
Roman tribune Marcus Porcius Cato obsessively ended his speeches with the words: Ceterum censeo Carthaginem esse delendam, (And I think also that Carthage must be wiped out from the map). Obsession was not entirely irrational. Although had defeated twice the Mediterranean power, Rome wished to rule...

22/08/2013 19:20
From the viewpoint there is an excellent sight. The evergreen grass is 223 feet beneath, where also lies a great compass rose placing the point. Waves break against the rocks 347 feet below. To the east and in the background it’s Cape Prioriño and the Ferrol estuary entrance. Nearer Betanzos and A...

Republican and imperial periods vestiges remain around the entire Mediterranean basin and to Britain and the Middle East. Spectacular amphitheaters, monumental theaters, circuses and waterworks as aqueducts. We talk about some of them, from the capital, Rome, following the northern province of Ifriquiya, the eastern provinces and, of course, the provinces of Hispania.

Antoninus Pius from the house of Jason Magnus at Cyrene, British Museum, London 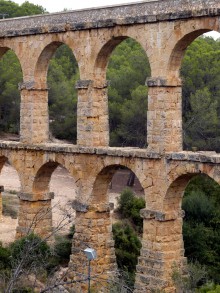 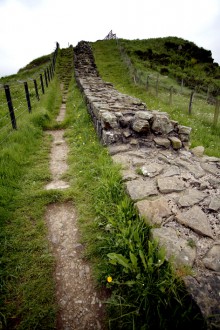 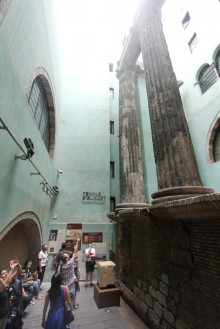