Shorty and stocky, with a faultless white shirt and always with a smile ready, Faris drove his black sedan, a private taxi, through the streets of Baghdad  along with his two companions, a perfect replica of the Tintin twin policemen, Thompson and Thomson. Sometimes stopped the car to allow us to take some pictures. Then Faris looked toward the horizon, above the river. Where one thousand years before the city was founded. With the right hand, between the index and middle fingers, he kept moving his misbaha beads... three... five seven... I fixed my eyes on. 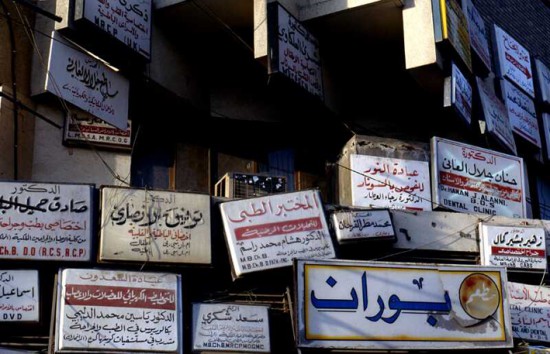 A misbaha is nothing else than a simple rosary, usually made with wooden beads, ivory or amber, but the most common are die cast in plastic. In the early days of Islam loose stones were used, or just the fingers of one hand to count and recite the prayers. Anyway the beads make it easy. Theoretically misbaha got ninety-nine beads. They match to the ninety-nine names of God. Cheaper versions have just thirty-three.

Usually are topped with some ornament, a pair of coins or any watermark fabric or even metal. They are extremely popular and everyone uses them at any time. It's like a mechanical exercise, unconscious and compulsive. It is said that a misbaha should not be bought. Must be obtained as a gift, a loan, or by some small oversight. 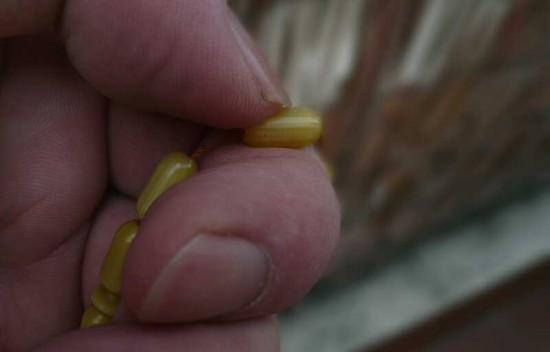 In the days before the war Baghdad was a nervous city, bustling and vital. In the Mid-Autumn night life surfaced on the Tigris. In the fisheries of Abu Nawas, where carps were sold alive and then cooked in the neighbouring restaurants. There were any kind of people in discos, nightclubs and restaurants. It was possible to share an orange juice at the same table in which a believer does not despise a good scotch. From Liberation Square to Masbah, Sa'doun street hosted the most famous restaurants, people of art galleries and cinema halls. The Babylon, Semiramis, the Nasr or the Atlas. Nightclubs sported bright alighted names: Summer, Sevilla, Moulin Rouge, Stars or Beirut.

By daytime, the army organized parades or propaganda performances for the foreign press more than domestic eyes. Traffic was as bad as in any other big city, Western or Eastern, where taxis, orange and white, stood out from the rest. A catchy music was playing on the car radio-cassette. Mahmud Anur hits. I liked it. I asked Faris to stop the car and with the tape in hand I rushed to one of many music stores at Al Rasheed street. Original tapes were also sold, but was most common to have a breakneck speed copy. In a few minutes I returned to the car with a pair of copies of the latest hits from fashion Syrian singer, Mayada Al Henawy: Aktar min el-hub adileh eh (More than love I have nothing to offer). On the tape cover a demure blue eyes were gazing something unattainable, perhaps the sung love. Al Rasheed street could be one of the oldest in the city. Ottomans had drawn a road parallel to the river they called the Naher Shara. In the early twentieth century Turkish governor Khalil Pasha decided improve it and make of it the first real street of the city. In 1917 was the first and only to be lighted in all Baghdad. Here is Hayder Khana Mosque and in one of the crossroads is Shara Mutanabbi. It was a street full of bookshops and book stalls. Its name pays homage to classic poet died in the city Abu al Tayyib Ahmad ibn al Hussayn at Mutanabbi. Although new generations of poets would appear in the metropolis. 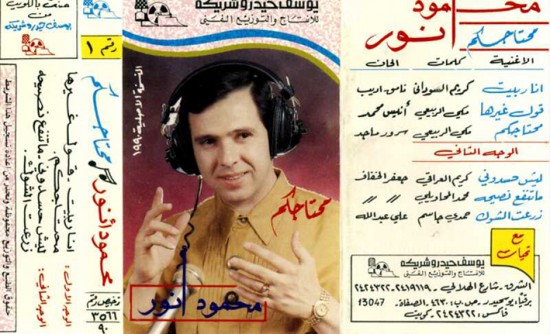 Baghdad in the mid-twentieth century saw grow up a major renew modern Arabic poetry movement. Badr Shakir al-Sayyab was a pioneer wrapping his lyrical content of political and social character and using free verse. Shatel Taqa, who attended the School of Modern Arabic Poetry, would join. Nazik al-Malaika, was the first poetess to adhere to the use of free verse. Given the drift of the Baath party in 1970 she left the city to move to Kuwait, not knowing yet that twenty years later would repeat exile, to definitely settle in Cairo. Restless Abd al-Wahhab al-Bayati, was stationed along the eighties in the Iraqi embassy in Madrid. After the Kuwait take over, the poet took refuge in Jordan and Syria. Among his prolific work he had time to take a look at the past. In his book of poems Al- ledhi yaati wala yaati (Who comes and doesn’t come) pays tribute to famous medieval Persian poet Omar Khayyam and his Rubaiyat.

Looking back and to the north, as Faris did looking beyond the Tigris meander of Karrada, towards, beside the river, was founded the old circular city. It had four gates facing the cardinal directions: towards Kufa, the Khorasan, Basra and Syria. Abdallah Abu Ja'afar ibn Muhammad al-Mansur built here his alternative to the Umayyad capital, Damascus. He called Medinat al-Salam, the city of peace. Medinat al-Salam-Baghdad soon surpassed their own walls. The constant flow of people who came to settle first extended right bank, Al-Karkh, later would form on the left bank, Al-Rusafa. The splendour of the city grew to dazzle east and west. Only Constantinople, Damascus or Cairo could resist a comparison to the greatness and expansion that had taken Baghdad. To refresh, middle classes had gardens with ponds full of water in the shade of palm trees and cypresses. Them grew roses and narcissus, violets, jasmine and lilac. Tulips not yet had come from Central Asia but oranges.

Those were the glory years that lived the fifth Caliph of the Abbasid dynasty Harun al-Rashid. The caliph and his wife Zobeida were immortalized in various stories of Kitab alf Laylah wa-laylah, the famous Arabian Nights, in which the princess Scheherazade, to avoid conviction, awakens night after night with his stories the interest of his lord the king Shariar. Many years later René Goscinny and Jean Tabary transmuted caliph histories in comic books full of puns Harun El Pussah and Iznogud vizier, who was always anxious to be Caliph instead of the Caliph.

In 34th night, Scheherazade described the city as follows: This is the famous city of Baghdad, the home of sweetness! She lies beyond the assaults of winter, sleeping in the shade of her roses in an eternal Spring, with flowers and gardens and the murmur of many streams.

Baghdad lost its former glory after the Mongol conquest of the city and the plunder of Timur. Once the Turkish and British left, briefly become the capital of Faisal II kingdom, deposed in 1958 by the Baath Party and a promising young megalomaniac named Saddam Hussein

In the seventies and eighties oil returned some prosperity that ended when Iranian ayatollahs revolution prevailed. Become western pawn Iraq spent eight years and tens of thousands of lives in the futile war against its neighbour. In those years, and in Saddam’s delirium of, Baghdad saw in its streets monuments worthy of a pharaoh's court. Near Zawra park two huge triumphal arches each formed by two hands holding swords 140 foot high and 24 tons of steel in weight. The Swords of Qadisiyah have at their base thousands of helmets that once belonged to Iranian soldiers. The great dome of Al-Shaheed, the martyr’s memorial, beside Sadr city, is 190 meters in diameter and 40 in height. Represents a dome of the Abbasid era, separated and moved in the middle and with a huge flag inside where a flame is continuously burning.

To Iran war martyrs must be still added the Second Gulf War victims, after the useless Kuwait invasion, the bombing of Baghdad and the U.S. intervention in 2003.

Hardly anything remains of Arabian Nights Baghdad. Local journalists and intellectuals pointed how it has become one of the miserable great cities of the world, invaded by checkpoints, traffic jams, trash and a tangle of electrical wires on the streets in a city where corruption became endemic.

.. thirty-two and thirty-three. Faris misbaha was yellow and plastic, but  small, easily distracted and willingly brought to pocket ... but after two whole days seeing him exaggerated taciturnity asking for his rosary, continually seeking as if it were a family treasure and move his fingers without beads passing in between, finally I could not do another thing than get it out of my pocket and give it back to him. 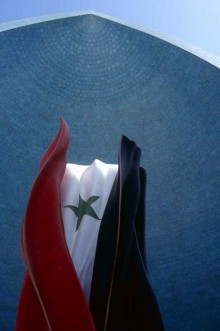 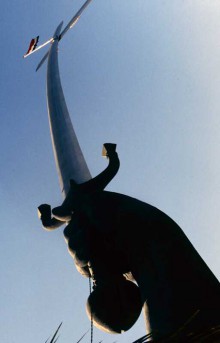