I gently slide the palm of the hand on the green porphyry surface, as I saw other pilgrims done once walked the line that led to the Ark. I felt neither cold nor heat nor any strange feeling more than the actual feel of marble. I followed the path to the Madonna Mora Chapel towards the Relics circular chapel, behind the high altar. Slowly I climbed the steps to glimpse the golden reliquary containing the remains of the Saint’s incorrupt tongue, chin and larynx cartilage. 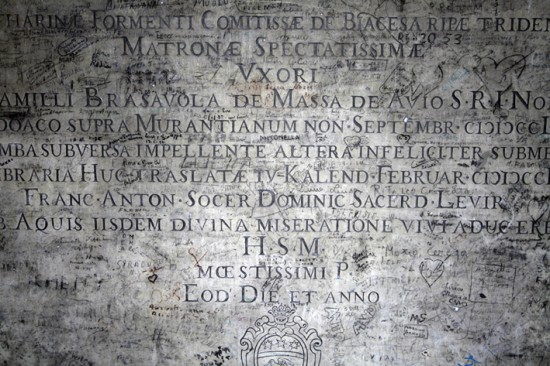 Il Santo in Padua not requires a name. The square in front of the basilica presided over by Donatello's bronze statue of the Venetian mercenary Gattamelata is simply the Piazza dil Santo. Even the Basilica is simply Il Santo. Everyone knows we’re talking about Saint Anthony, Saint Anthony of Padua.

Although Anthony wasn't originally his name neither he was born in Padua. Fernando Martim de Bulhões e Taveira Azevedo would be known as Santo António de Lisboa in Portugal where he was really born on August 15, 1195. Augustinian monk in Coimbra and later Franciscan friar, preacher in northern Italy and fighter against Albigensian heresy in southern France where he was called malleus hereticorum, heretics hammer. In 1121 he was in the General Chapter of Assisi where he met San Francisco.

To Saint Anthony, from Padua or from Lisbon, were attributed several miracles in life. The bilocation during his preaching in Montpellier, being understood by the fish when people despised his speeches, to take one night in his arms the Jesus child or the Rimini mule miracle where the animal would have approached and kneeling before a consecrated host offered by him, in what is now Three Martyrs square. A chapel called the Tempietto recalls the fact. 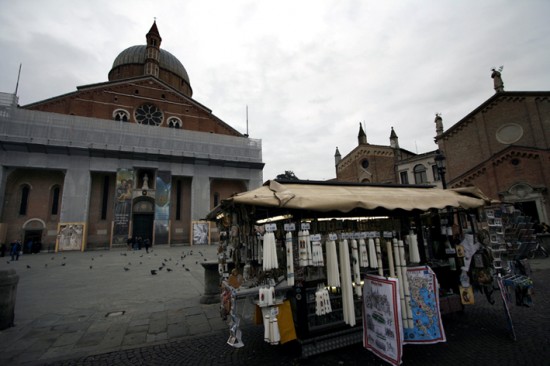 Saint Anthony chose the Franciscan friary in Padua as a residence when he wasn’t on journey. There he wrote his most important work: Sermons for Feast Days.

In 1232, just one year after his death, he was canonized by Pope Gregory IX. Santa Maria Mater Domini, the small chapel next to the Franciscan friary where he was buried as was his wish, began to be converted into Basilica. The ensemble would be remodelled twice more over the times.

In 1263 the tomb of the saint was opened for the first time. Then to remove relics to offer to believers, not only in Padua's Basilica but for many other churches dedicated to Saint Anthony in other locations. At the time relics trade was at its peak, especially to recover that were preserved in the east, on land that would be occupied by Islam after the Crusades. It was then discovered the uncorrupted tongue. The saint's remains were wrapped in crimson silk and were housed into two wooden boxes. Until January 1981 when two committees appointed by the Holy Seat, a religious and another scientist, reopened the grave to make further research on the remains. The skeleton was reassembled and placed in a glass case, this one into an oak coffin and then the entire assembly was deposited back into the grave. Some of the items, such as the silk wrappings were put together with the relics in the Chapel of the Treasury exhibition. 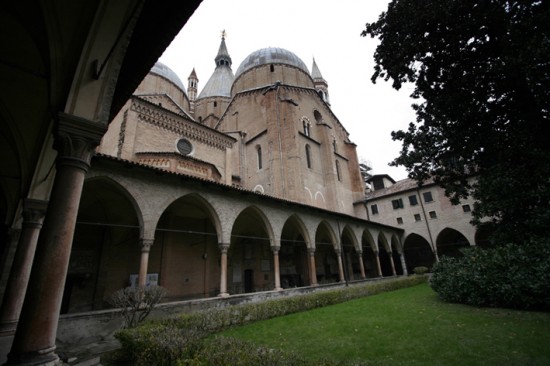 Outside the temple, in the square, the stalls are dedicated to a specific tourism. Candles to one euro, two, two and a half to twenty euros, postcards, books, pins, necklaces, rosaries, effigies and figures of the Saint and the Virgin....

There are more things to do and see in Padua, of course. Renaissance squares as la Signoria or the Erbe, the Scrovegni Chapel with Giotto's famous frescoes of the Palazzo della Ragione or Caffè Pedrocchi ... but it seems that there are only eyes for Il Santo. 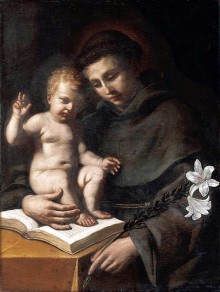 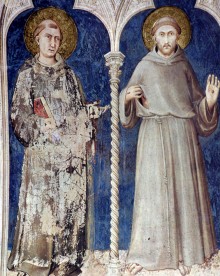