On the outskirts of Dublin city there is an old defence tower. It is in front of the coast and it inspired the great Irish writer James Joyce the beginning of his encyclopaedic human adventure of Ulysses with a Mass parody by the character Buck Mulligan. 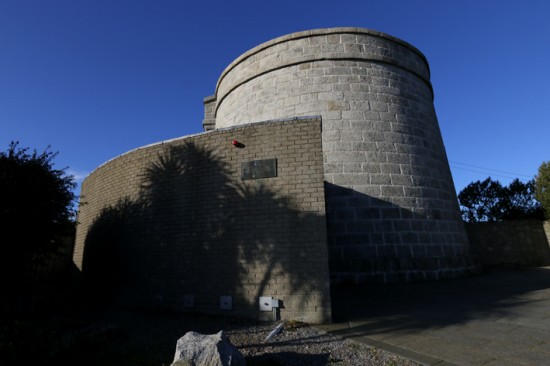 Stately, plump Buck Mulligan came from the stairhead, bearing a bowl of lather on which a mirror and a razor lay crossed. A yellow dressing gown, ungirdled, was sustained gently-behind him by the mild morning air. He held the bowl aloft and intoned:

It’s Ulysses first paragraph. Buck Mulligan is no one else than Oliver St John Gogarty who humorously addressed to Stephen Dedalus, Joyce's alter ego, who already appeared in Stephen Hero and A Portrait of the Artist as a Young Man.

English student, Samuel Chenevix Trench, becomes Haines, third resident of the tower that June 4, 1904 at 8 am. A ponderous Saxon. He thinks you're not a gentleman. God, these bloody English. Bursting with money and indigestion. Because he comes from Oxford.

Martello towers are conical defence buildings that the British built in numbers throughout the Empire. They were inspired both its structure and its name in the Genoese tower of Punta Mortella - Myrtus Point-, Corsica, whose construction was commissioned to the architect Giacomo Palearo Fratino and was completed in 1565. Commonly this kind of towers had about forty feet high and a couple of floors housing inside a warehouse of ammunition, water and food and accommodation for a garrison. The entrance used to be on the first floor instead of on the ground floor and was accessible via a staircase that could be withdrawn in case of threat. Throughout the nineteenth century, the British had no less than 140 to defend strategic points in its shores. There are in Menorca, South Africa, Indonesia and Jamaica among others. Of the twenty-six built in Ireland there are still eighteen still standing and Sandycove's is the eleventh in the series of sixteen which defended Dublin. From the terrace can be seen to the south-east the Bullock Harbour Tower, to the north the steeples of St. Michaels and Mariner's Church and, beyond the mouth of the Liffey, the profile of Howth peninsula. 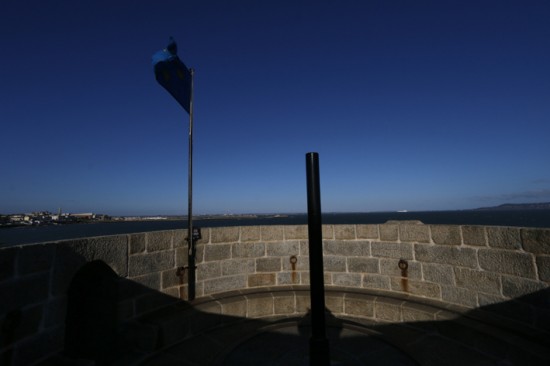 And this is also the most famous as is the one named in Joyce’s Ulysses first chapter. This is found south of Dublin between Dún Laoghaire and Dalkey. Sandycove was popular for an old baths that were known as Forty Foot Pool (sic), a place also mentioned by Joyce. The name is due to the Fortieth Foot Regiment that was quartered in the battery near the tower. When they were inaugurated were exclusively male baths known as Gentlemen's Swimming Club, since 1880 managed by the Sandycove Bather’s Association. Over time and after the incursion in the 1970’s of a group of feminists who bathed naked to protest against gender discrimination, put an end to exclusive male admission. Each year, they organize a cold collective dip for Christmas, although there are those who do not wait and it is not strange to find people diving in the waters of the neighbouring beach when the days of summer have been left ago.

The tower left having military use in 1904, a hundred years after its construction, and was offered to be hired for eight pounds yearly. In August of that same year it was rented by Oliver St. John Gogarty, then, at 26, still studying medicine and trying to be a poet. Almost immediately Gogarty was installed he invited two other students: Samuel Chenevix Trench, from Oxford, and James Augustine Aloysius Joyce, 22 years old. Joyce came on September 9, but he remained no more than six days with his teammates. The reason was an incident caused by Trench, who, after suffering a nightmare, started shooting the fireplace. Gogarty joined shooting some pans. Joyce decided to abandon both and the place although years later it would be integrated in his most notorious work. Gogarty would become a relevant surgeon and occasional writer who published the irreverent poems of The Ballad of Japing Jesus and, in 1954, It isn’t this Time of the Year at All! where collects some memories on his tower companions. About them he wrote: Joyce was gratly impressed by what he took for Trench’s Eton and Oxford accent. With formal courtesy he gave him his bed at the right-hand side of the entrance door and slept in a bed under the shelf which run round the room. Gogarty would keep the tower until 1925. A Temple Bar pub bears his name.

The tower was bought in 1954 by architect Michael Scott who, with the financial support of filmmaker John Houston and with the collaboration of Ulysses’s first editor, the North American Sylvia Beach, and then transformed into a museum dedicated to the Irish writer. Consequently the space was inaugurated on a Bloomsday, when Joyce's work enthusiasts celebrate the day in which the action of the novel happens and the same day the writer met his future wife, Nora Barnacle, a June 16 that for the inauguration was the one of 1962. Currently the ancient fortress is known as the James Joyce Tower and is maintained by the volunteer group Friends of Joyce Tower Society. 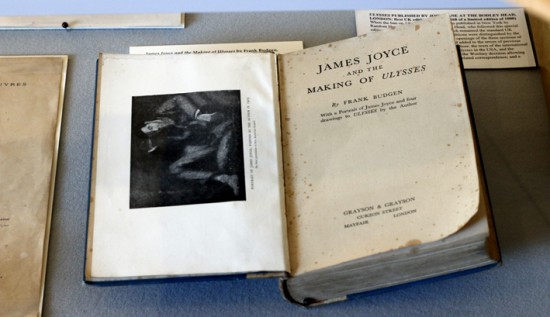 The museum has conditioned a space with the look that must have in 1904, during the stay of the writer. On the ground floor are the reception and the starting of the exhibition with paintings, photographs, a bust of the writer by Milton Hebald and some samples of first editions, such as the one of Ulysses published in 1922 by Shakespeare & Co. There are also a few pages of the manuscript original of Finnegans Wake. On the first floor are objects of the time, a vest and a guitar that belonged to the writer and the plaster cast that was made of his face on his deathbed. Beside is the space where the three students lived together, with the hammock, the bed under the shelf, a table with three cups and three bottles of Guinness, and, next to the fireplace, a porcelain figure of a black panther evoking the dream of Haines - Samuel Chenevix Trench. There are also letters, manuscripts and early editions of his works. From the roof can be seen the coast once defended by the tower, the beach and the location of the old baths. For the Spanish journalist Luis Pancorbo no es de extrañar que tras la visita entren ganas de tomar una pinta de Guinness y de seguir leyendo el Ulises. (No wonder that after the visit fancy to take a pint of Guinness and reading Ulysses).

Some steps away, along the promenade running parallel to the sea, on Otranto Terrace and with the tower in the background, there’s a garden where on May 18, 1983 was planted a tree to commemorate the centenary of the birth of the writer. On its shadow, if there are no clouds of course, a slab recalls a Ulysses quote: …he gazed southward over the bay, empty sabe for the smokeplume of the mailboat vague on the bright skyline, and a sail tacking by the Muglins.

Dublin has other spaces dedicated to one of his favourite writers, in North Great George Street, near Parnell Street, is the James Joyce Centre, where, of course, every year June 16 is celebrated. 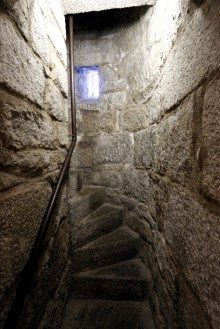 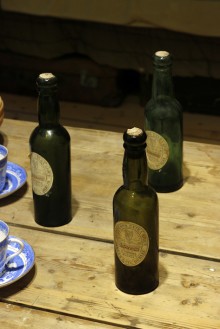