Ann was seventeen. Me too. It was 1977 and she spent several weeks that summer in Barcelona. I do not remember exactly how we met. Anyway, since then we spent whole days together. We read Saint-Exupéry’s Le Petit Prince, in our bad French. We met at bars and parties. We used to go up and down the boulevards and back. Ann was just beginning to speak Spanish. I was starting my poor English. So we understood together. 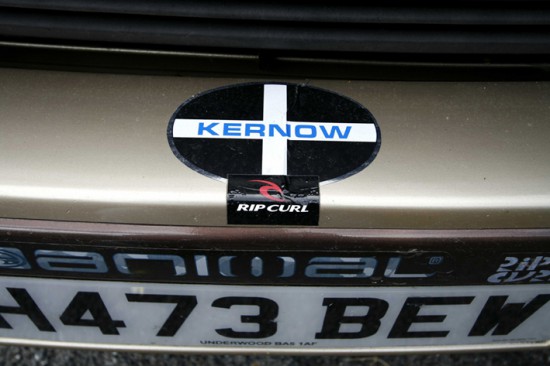 Thirty-three years later I went to her country. Kernow, Cornualla or Cornwall, according to the language used. Celtic land of dreams and magical beings. From fantasies too. Puck, Oberon, Arthur, Merlin, Morgana and Geneva homeland. Resistance to the Saxons. Inhabited by the little people and fairies and miners and goblins who spend their days drinking and smoking, as the Irish leprechauns. I did not expect to find her again. And if I had, would we have known each other?. I did not believe it. Did not even try. In 1977 Ann was thin and tall, long-haired redhead. Me too. 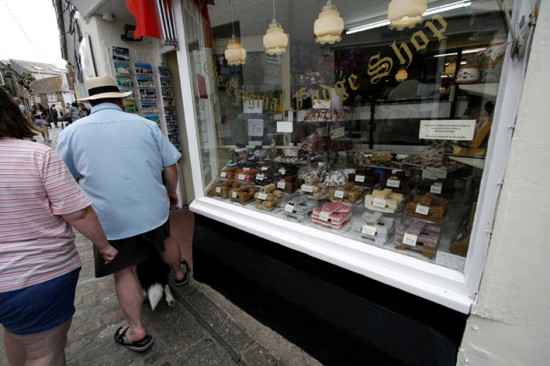 Cornwall is certainly a bit away from the monoliths of Stonehenge in Wiltshire, but has a certain connection. A reminder perhaps unknowable. A starting point. Cornwall also had their own language, the Cornish, a Celtic variant, in which the country is called Kernow. It is believed that the last Cornish language speaker was Dolly Pentreath, who died in 1777. It is said that her last words were Me ne vidn cewsel Sawznek!, I’ll never speak English!. Dolly lived near Mousehole, a small fishing village, with a few small and beautiful beaches surrounded by the port seawalls. Right there the Ship Inn, pub and bed & breakfast serves great local ales. Tribute, look no further.

The Atlantic Ocean excites the waves, violently dying against the rocks north of the peninsula. Whip in Tintagel, in the island where stand the remains of Arthur’s castle, the one of the Round Table. Besides tourist hooks, there are the traces from the Arthurian cycle as described by Geoffrey of Monmouth in his History Regum Britanniae in the twelfth century and continued by Sir Thomas Malory two hundred years later. Also are tracked miles east in Glastonbury Tor Hill, where it is believed that once existed Avalon and the remains of the legendary king. 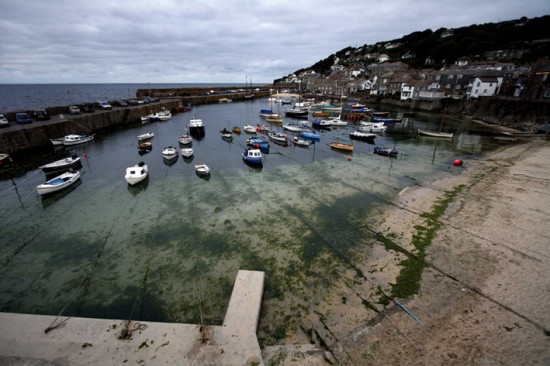 Cornwall is full of small towns that once lived by fishing, tin mining, smuggling or the plundering of shipwrecks. Today the income is in tourism, mainly British and French. The bakeries that provide the pasties, stuffed with potatoes, meat and onions share premises with the usual fridge magnets and other souvenirs shops blooming in the main streets of Padstow, St Ives, Newquay or Land's End. But even though the pressure of the new barbarians, some towns still  retain a certain charm, as the picturesque Polperro near the puritan Plymouth. At the bottom of a narrow bay Polperro maintains nowadays an active fishing fleet.

The Channel has its things alike on both coasts, French and British. The white cliffs of Ault are reflected between Bournemouth and Plymouth. The famous Mount Saint Michelle in French Normandy becomes Saint Michael's Mount facing the town of Marazion. Depending on the tide the island is accessible by foot, along a narrow path, or boat, from port to port. Home to a Benedictine monastery in 1588 Saint Michel lit a lantern to warn of the arrival of the Spanish Armada and during the English Civil War, between 1642 and 1646, the realists here resisted the ravages of Cromwell's troops.

I did not find Ann. And if she passed by didn’t recognize me. Ann probably was some kind of fairy. I was just a leprechaun. 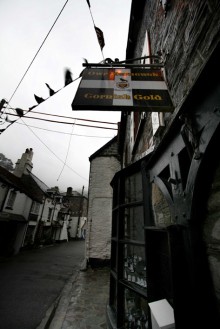