I will not say she’s like on her first day, but Lady Isabella is remarkably well preserved after been long surpassed its first century and a half. Another lady, Lady Dundas unveiled on September 27, 1954 a plaque to commemorate the centenary. Lady Isabella is nothing less, a huge waterwheel 72 feet diameter and six feet wide, which was been used to pump water from the Laxey mines. 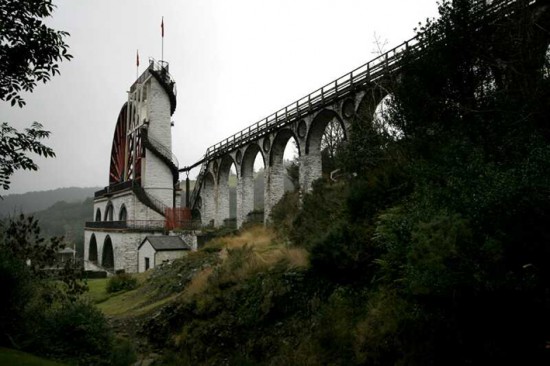 And Laxey is a small town on the east coast of the Isle of Man which for years lived in catches of the fishing fleet, close to twenty boats. While the men went out to sea, women earned a bonus income bleaching linen. Until mineral deposits were discovered in 1780 in the upper valley. For years, lead, copper, zinc and silver were extracted, being in the second half of the nineteenth century the largest zinc producer in the British Isles. Several mining companies were responsible for the collection and processing of minerals until in 1849 George Dumbell took over the management of the company, then the Laxey Mining Company. The water seeped into the veins of mineral and flooded mines greatly hindered the extraction and had to be resized expensively outside tunnels. Dumbell engineers hired Richard Rowe, from Cornwall mining areas and Robert Casement. Casement designed the great wheel, which was inaugurated in the summer of 1854 with great pomp. It was named Isabella after the wife of Charles Hope, then governor. 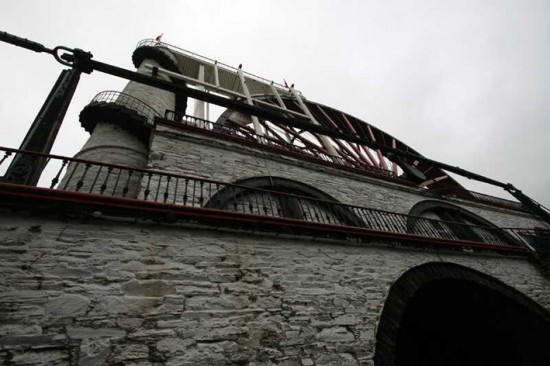 The wheel uses the water channelled force from the hills to pump water from underground mines at a depth of 6.500 feet. Unlike other mining areas, in Man there’s no coal, so the use of steam power to effect pumping was rejected. But not lack water. Part of the extracted material was processed in the facilities of the village, separating the clay mineral veins. Here women, children and older men were employed. The work was not as hard as in the mines but shifts were longer. Lead and zinc were shipped to Swansea, Wales, to be refined.

Zinc and silver times were over in 1929 with the closure of the mines. Today, there is still some fishing boat and a factory that manufactures smoking pipes specialized in sepiolite finish, the material called meerschaum. Women who bleached blankets now knit sweaters and other wool products to sell to the tourists. 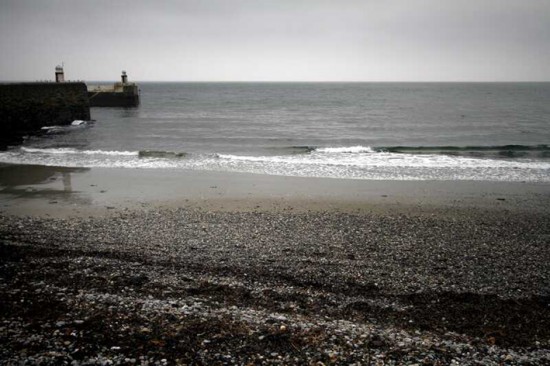 Lady Isabella, or the Great Wheel of Laxey, as it is also known, can be visited. Climbing the 95 steps leading to the upper walkway there’s a magnificent view of the valley with the village in the background. At our feet the red tables of the great wheel round and round and round, so goes a popular song. 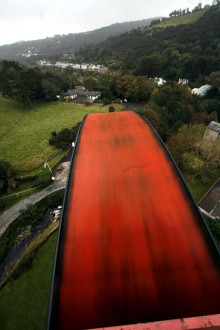 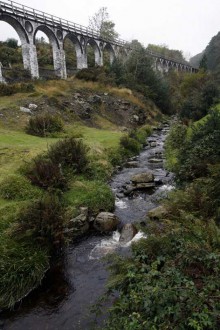