The night radically changes the appearance of Burano. With the last vaporetto returning to Venice disappear all the visitors who had filled the streets throughout the day. Those who wandered watching curious the windows offering the work of merletto; those who have tried the buranelli, the typical biscuits of the island, in the form of thread or ‘s’; those who have not taken an eye out of the camera or the cell phone, and those who are clueless, having been close to fall dawn to the canal water. 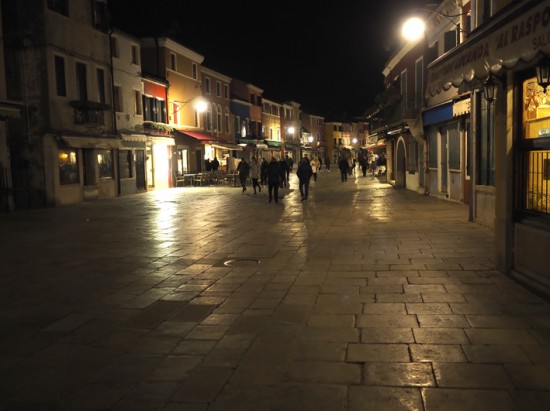 The shops close and the few figures that remained on the street begin the way back to their homes, there is some unrepentant soul in the only bar trying to delay a more or less generalized blackout. The reflections on the water are transformed, the vivid colours that characterize the island disappear and these become timid lights that barely illuminate houses doors or the empty passages. They suggest the embrace of a dreamlike fog that, in wintertime, pretends to cover even the outstanding leaning of San Martino bell tower. The echo of the steps refers to some criminal who tries to perpetrate an unknown crime protected by the darkness, but there is no one to attack but yourself, but the water is too cold and it is late, even for night owls. (Do not forget that it's already eight). At half hour past seven in the evening there is no shop left open, nor the restaurants, but one, irreducible, which houses the last drinks of the local customers. At the bar, the three waitresses, who in their black uniform looked like three young widows, arrange tables and chairs. Soon there will not be a soul, even Fondamenta degli Assassini, the murderers’ alley, will be emptied... you will not be able to kill time either. 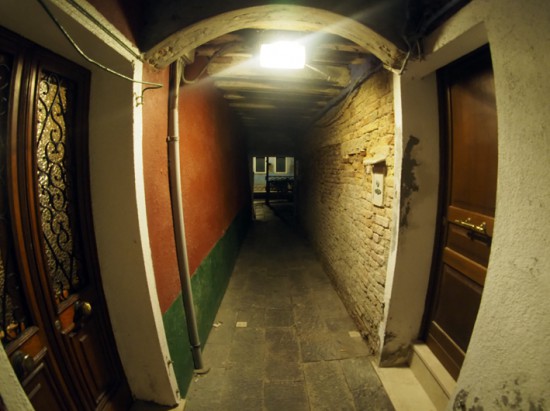 On an ochre wall, a Madonna holds the child who seems to stare at the light of a street lamp, on San Martino facade the electric flame survives, perpetually paying tribute to the Great War fallen, the patera with the winged lion of San Marco, next to the door where the Uffici Comunale di Burano once stood, showing the open gospel book with the words: PAX TIBI MARCE, EVANGELISTA MEVS. 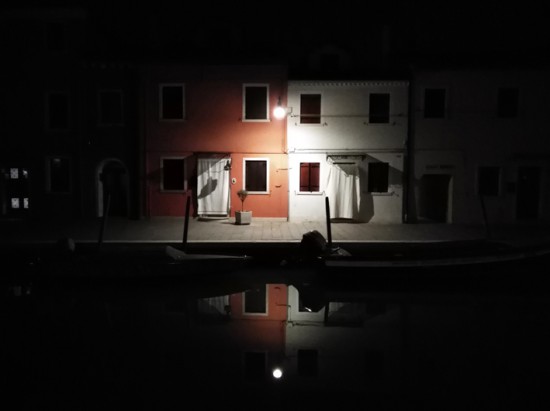 And even so, the nights are faintly dyed in the same colours of each façade, slightly, with the austerity that the scarce visibility provides, they suggest foreign memories, of strangers, borrowed during a moment to feed the imagination. Burano, at night, fades in the shadows of the lagoon, forging the matter with which dreams are made. 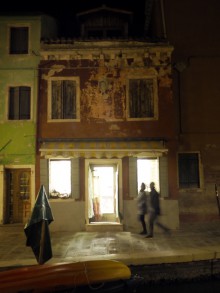 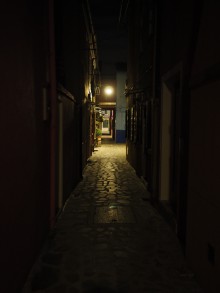