Homepage > The Temple of the Sun

The Temple of the Sun

Lima is at sea level. Cuzco is not. It’s more than eleven thousand feet above. The consequence, arriving to the second one on a direct flight between both cities, is to have nearly guaranteed to get soroche, the altitude sickness. It’s recommended, at least in the first hours from arrival, not to stress too much, eat sparingly, drink in moderation and, if possible, not smoking. No way. We’ve got a lavish meal tasting also cuí, a halfway rabbit and guinea pig local rodent, washed down with a couple of bottles of red wine, and more than enough cigarettes besides the coffees. Only suffered soroche the one who took care about recommendations. A kind of contradictory local curse. A perverse evil of Montezuma. 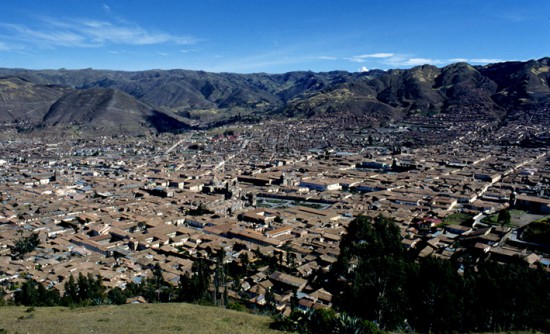 There is a small hotel on Avenida del Sol, Sun Avenue. It’s an old colonial house, which for all I lately known, has improved considerably over the years. Even then, it was an ideal location and a lovely place, two blocks from the bustling Plaza de Armas. The whole of Cuzco is like a Spanish colonial times museum. The Plaza de Armas is the core, the belly bottom. Cheap jewellery sellers alternate with itinerant alpaca wool sweaters knitters. She asks:

No way, sleeve was about a feet far to reach the wrist. Next morning the same seller came back again. In the night she knitted to lengthen sleeves to fit the pullover up to my wrists. Faced with such commercial voluntarism I was unable to refuse it. It was, in fact, made to order.

But there are and there were more things going on at the Plaza de Armas, furthermore any kind of traders. Llamas that roam at will. Believers who attend Mass at the Cathedral of Nuestra Señora de la Asunción, built in 1539 on the former Viracocha Inca palace. Not in vain it was Tawantinsuyu navel, the core of the Inca empire until November 1553 when Francisco Pizarro seized the city. On 18 may 1781 the square witnessed and was the stage for the first public execution of the first independentist rebel of the Spanish colonies, José Gabriel Condorcanqui Noguera, Tupac Amaru II. Spanish didn’t spare in the painful spectacle. Once put to death all his family in front of his eyes, they cut his tongue, and tried, unsuccessfully, to dismember their limbs whipping and pulling four horses. When they fail, they beheaded and quartered him, as told Spanish judge José Antonio de Areche. In the second half of the twentieth century, the rebel’s nickname inspired the Peruvian MRTA, Tupac Amaru Revolutionary Movement, as well as the Uruguayan and Venezuelans Tupamaros. 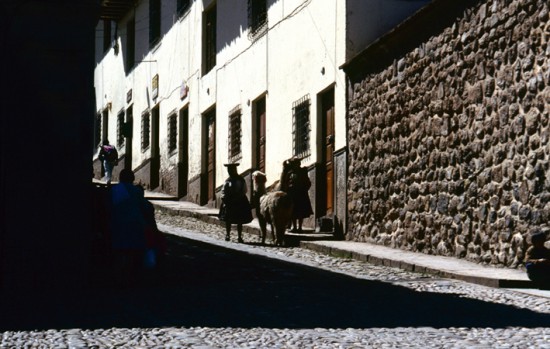 Also in Cuzco is located the Coricancha, or Golden Temple, the ancient Temple of the Sun, above which the Convent of Santo Domingo was built, where Inti or the god of the sun was once worshiped. It is amazing realize how perfectly the huge blocks of stone fit together, not even leaving the smallest gap for a razor blade. As the way George Remi, Hergé, introduced Tintin and Captain Haddock in the Andean adventure, though the Temple of the Sun was not actually in the jungle.

Near Cuzco outskirts, Sacsayhuaman, the imposing ceremonial fortress watches over the old Inca city from the fifteenth century, before the Spanish arrived. From the air, Sacsayhuaman outlines the silhouette of a stone puma, guardian of the eternal, where the head of the beast is the main fortification area.

From the railway station of San Pedro in Cuzco, the train starts its ferreus route. Before to reach the village of Pocoy, begins a surreal zigzag ascent, probably unique in the world. Then, descending, and once Ollantaytambo is left behind, the convoy aligns with Urubamba river, just to stop, four hours later, in the town of Aguas Calientes, Hot Waters. Along a winding road, a bus completes the route, up to the celebrated Machu Picchu. 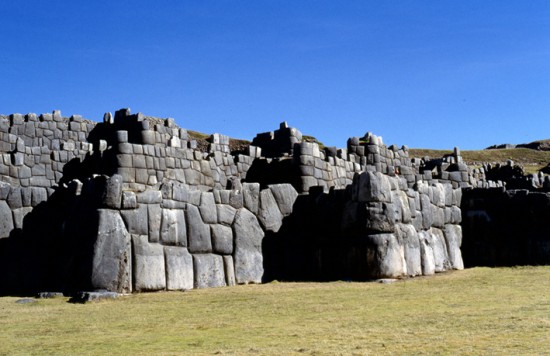 The forgotten Inca city was never really forgotten or lost. Simply nobody lived there. There was no taxes to collect neither hardly anything left to loot or to rescue or to trade. When Hiram Bingham spent the night in the vicinity shortly before the discovery of the lost city in June 1911, he met the Indians Richarte and Alvarez, who had been living for the past four years near there, growing corn, sweet potatoes, sugarcane, beans, peppers, tomatoes and gooseberries in some of the terraces close to the ruins. The American was fascinated to find  the perfectly preserved buildings from the jungle. Apart from some of the terraces worked by the Indians, the rest was covered with weeds between Huayna Picchu and Machu Picchu. For Bingham the landscape surrounding the citadel was comparable to that of... the amazing beauty of Nuuanu Pali, near Honolulu, and the delightful view of the Koolau of Maui. Not in vain had spent his childhood in Hawaii.

When I step on the Inca ruins there were no tourists. The times when the Maoist  Sendero Luminoso, Shining Path, movement was at its height did not encourage visits, and still had to pass a couple of years for a triumphant  President Fujimori to show communist leader Abimael Guzman caged and dressed in prison stripes in the Naval Base of Callao, near the capital city Lima. 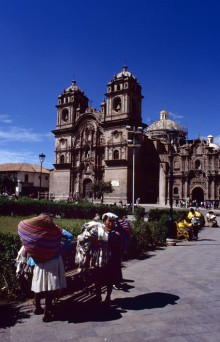 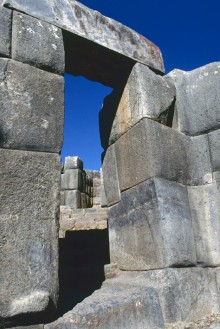 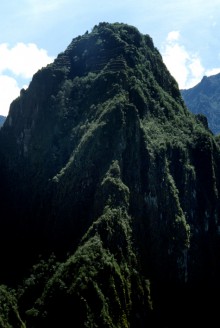