Homepage > The Celts, Under the Flag of Gold

The Celts, Under the Flag of Gold

On 23 May 1915 the Kingdom of Italy had joined the Western Allies of the Triple Entente declaring war on the Central Powers: Austria-Hungary, Germany, Bulgaria and the Ottoman Empire. Isonzo river stream, in the Julian Alps, was the border between Italy and Austria, and the key that must to give to Italians the access to the Duchy of Styria. Between June 1915 and November 1917 twelve battles break out on the river line turning the border in a stalled front. They were known as the Isonzo Battles. In the eleventh Italians took some advantage, breaking on through Austro-Hungarian lines gaining Bainsizza highlands. The twelfth and last with this name is also known as the Battle of Caporetto. Here, Austro Hungary was backed by German troops coming from the Russian front.

Caporetto, Kobarid in Slovenian or Karfreit in German, is a charming small town nestled in the Upper Soča Valley, Isonzo in Italian. As can be guessed by the parade of names Caporetto-Kobarid-Karfreit has been and is still a border zone. It was completely, and on the Italian side, the October 24, 1917. At least until two in the morning, when the offensive began for Borojevic and Kosak Austro-Hungarian armies and von Below German troops. Five hours later Caporetto was anymore Italian. Despite Essercito Regio resistance, at the orders of the commander Luigi Cadorna, the Italians were completely overwhelmed. Only on the first day of fighting were killed and wounded, more than forty thousand men against six or seven thousand of his opponents. In Italian language Caporetto has become synonymous with disaster.

After two weeks of chaotic withdrawal, the front stabilized in the Piave River, one hundred kilometres south and almost at the gates of Venice. Since the offensive began until 8 November the Austro-Hungarians had made a quarter million prisoners between Italian troops and had seized two thousand and three hundred pieces of artillery. On that same day Cadorna was relieved of command and was replaced by the head of the Stato Maggiore Armando Diaz.

After the disaster Italians slowly reinforced their positions in the new Piave front while the German army transferred the 5th, 12th and 26th divisions to the Western Front of the European war, weakening the Austro-Hungarian lines on the Italian lines. In November counterattacks begin to accrue on the first Battle of the Piave and the recovery of Italian positions. 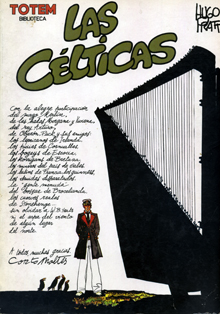 In early December 1917 began to arrive Allied reinforcements to the Italian front, Americans, French, British ... among them a young eighteen years old volunteer from Oak Park, Illinois, initially assigned to drive Red Cross ambulances in Milan. Determined to be as close as possible to the front he was transferred to Piave’s lines after the Battle of Caporetto. The following year, on July 8, he was wounded in Fossalta di Piave. Then he was transferred to the Red Cross hospital in Milan to recover. Today a plaque commemorates the fact in the village outskirts, near the toll bridge that crosses the river bound to Noventa di Piave. Ernest Hemingway met during the six months of his convalescence the nurse Agnes von Kurowsky, whom he felt in love with. Once returned to the United States he used their experiences on the front and its relationship with the nurse for an autobiographic story published in 1929 and that made him famous: A Farewell to Arms. Later also recreate their memories in the area in Across the River and into the Trees, published in 1950.