Homepage > A Greek Lion in Venice

A Greek Lion in Venice

Venice is full of wonderful terraces where to stay quietly sipping coffee or spritz and meanwhile keep an eye on life passing by just in front. There is one which is peculiar enough, despite not having any notable feature, its metal tables are ordinary, the premises has no special charm that deserves just stop staring at him. Spread their tables and chairs in a corner in the campo del Arsenal curiously halfway Paradiso and Purgatorio bridges. The particularity of this kind of limbo is that from their tables can peacefully watch the four lions guarding the Arsenal gates. One of them, the one on the left is singular, about ten feet tall is carved in marble from Mount Penteli, the same that was used in the construction of the Parthenon and other places on the Athenian Acropolis. It has engraved on its back, on both sides, a snakelike string in runic characters. 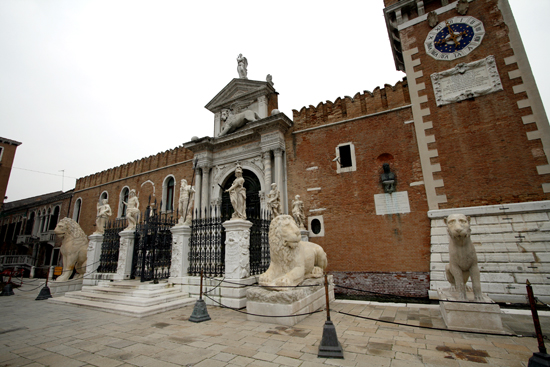 Other times this lion decorated the entrance to Piraeus harbour, near Athens. It’s said it was a fountain with the water flowing from the its mouth. How long is unknown since no one knows for sure when it was carved. Some sources date it in 480 BC quoting that was carved to commemorate the Greek victory over the Persians at the Battle of Salamis. Other dates its origin in the first or second century AD. The truth is that since the fourteenth century Piraeus was called Porto Leone by traders and sailors of the Italian maritime republics, a clear allusion to the lion guarding its waters.

Previously, in 1040, during unrest in the port, at the time part of the Eastern Roman Empire, Constantinople Empress Zoe Porphyrogenita and her husband Michael IV the Paphlagonian sent Varangian Guard to quell the rebellion. Then, on the backs of the lion, were carved the winding runes leaving evidence of Viking intervention in Piraeus.

In 1687, during one of the many Venetian-Turkish wars, Francesco Morosini, commander of the Venetian expedition to the Peloponnese, who would become a year later the 108th Doge of the Serenissima Republic, decided after having bombed the Parthenon, take as spoils the Piraeus Lion to Venice. The Greek lion was since then installed on Arsenal doors.

And it was not until the eighteenth century that the inscriptions were not recognized as runes, when the Swedish diplomat and orientalist Johann David Akerblad, during a visit to Venice, identified them as such. Akerblad, who had published a work on the Rosetta Stone and Egyptian demotic script, wrote another about Viking scripture onto the Venetian Lion: Om det sittande Marmolejonet i Venedig in 1800.

Throughout the second half of the nineteenth century the subject unleashed passions and controversy among Scandinavian scholars.

The first transcription and translation of the runes was made by Carl Christian Rafn, secretary of the Nordic Royal Society of Antiquities, based in Copenhagen. Rafn commissioned copies and photographs of the inscriptions, which were taken at different times of day in order to more accurately capture the finest details, despite the wear and erosion in the marble made unreadable an important part of characters. The Danish published his work on the lion in one of the chapters of his book Oldtidsminder fra Osten, Eastern Antiquities, published in Copenhagen in 1856.

From the right side of the lion Rafn transcribed:

And from the left side:

Suggesting the following translation: Asmund engraved these runes with Asgeir, Thorleif, Thord, and Ivar, with orders of Harald the Great, to the Greeks ponder. Hakon with Ulf, Asmund and Örn conquered this port. These men and Harald the Great imposed harsh punishment for insurrection of the Greek people. Dalk was imprisoned in far lands, Egil was campaigning with Ragnar in Romania ... and Armenia.

Twenty years later the Swedish Oscar Montelius and Danish Sophus Bugge reach similar conclusions about the origin of the inscriptions dating them around the first half of the eleventh century. Ingvar Undset examines closely the runes while the painter J.F. Hansen made an exact replica of the characters which is  preserved in the Stockholm Swedish Academy of History and Antiquities. 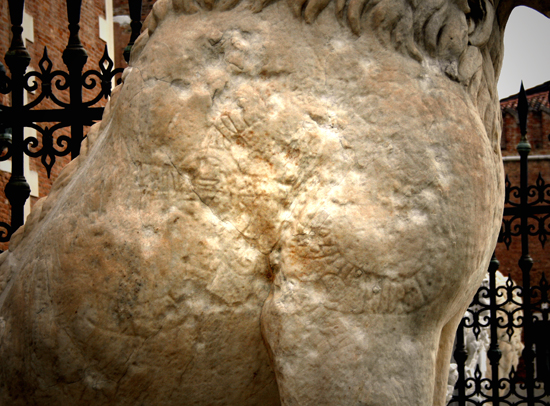 In 1922, Erik Brate, linguist and member of the Swedish Academy of Letters, History and Antiquities, published Sverges Runinskrifter, a milestone in the history of Piraeus Lion. Brate, also a doctor of ancient Germanic languages ​​at Uppsala agrees with the thesis proposed by Bugge recognizing matches  between Lion runes and those found in the Uppland slabs, and propose a new translation of the text:

They diligently engraved. In the seaport runes carved in memory of Horsi, a good warrior. The Swedes put this in the lion. He went on his way well advised. Gold won on their travels. The warriors carved the runes. They did it in an ornamental way. Æskell, Þorlæifr and others, living in Roslagen. Ulfr and ... coloured in memory of Horsi, who gold won in his travels.

Brate do not argue from the basic fact that reflects the presence in Greece of Varangians at Byzantium service.

Even though match on some of the findings, Brate’s work was criticized by Haakon Shetelig. He believed that the carving of inscriptions was made by the hands of three different people. Complementing Shetelig thesis, Magnus Olsen defended in 1923 that all that could be read with certainty were actually the fragments:

Both Sheteling as Olsen were convinced that in the condition that inscriptions were preserved nothing else than conjecture or supposition was possible to read.

A final study, in 1930, prepared by Erik Moltke, a member of the Runes section of the Denmark National Museum corroborated the limited possibilities offered by the state of the runes, seriously damaged by time, weather and the effects of vandalism, especially on the right side. It took new photographs and commissioned new paper-mache moulds, today at the National Museum in Copenhagen. According Moltke both inscriptions, on right and left sides, were the work of several authors and on different times as suggesting the styles of the characters. He also notes that the runes on the left start with an inverted inscription in which one could read that two men, ... ulfr and Smidr and led to finish a mission to this port, ... i höfn þessari:

Arsenal Lions are also integrated into the popular imagination and of course have become part of the myths and legends of the lagoon city. One of these, collected by Venetian journalist Alberto Toso in his book Leggende Veneziane e Storie di Fantasmi, told that there was a time during the dark and foggy lagoon nights when appeared around Arsenal horribly mutilated corpses, which appeared have been destroyed to claw and bite. Nobody gave credit to who could be the author of such horrendous crimes, and never related to the stone lions. However, an old magician, running his fingers over the Greek Lion runic inscriptions while uttering aloud its meaning, gave them back to life. The affair ended with the death of the stone heart sorcerer. 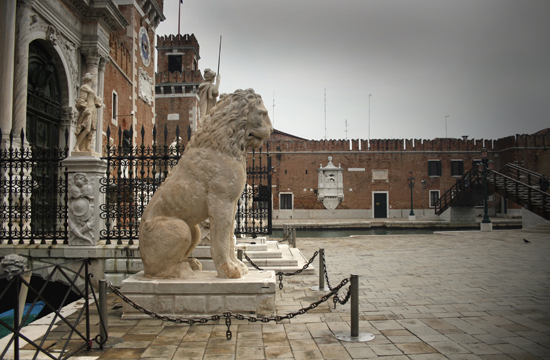 In 1995 a committee of public and private Piraeus entities, the Restitution Committee, chaired by a shipowner named Apostolos Domvros, unsuccessfully proposed to Venetian municipality to exchange the old Athens port symbol for a modern copy funded by this committee and made by the Greek sculptor Georghios Megulas. An article appeared at the time in the newspaper Corriere della Sera concluded with a terse: a ciascuno il suo leone.

Apart from this copy given by the Greek Committee there are two more. One precisely preserved in the Archaeological Museum of Piraeus. The other at the National Museum of Antiquities in Stockholm with a large collection of Scandinavian runes.

Basically I'm convinced that the real intention of the Viking who engraved the runes almost a millennium ago onto the skin of the lion in the port of Piraeus was to summarize something like: Olaf was here!. 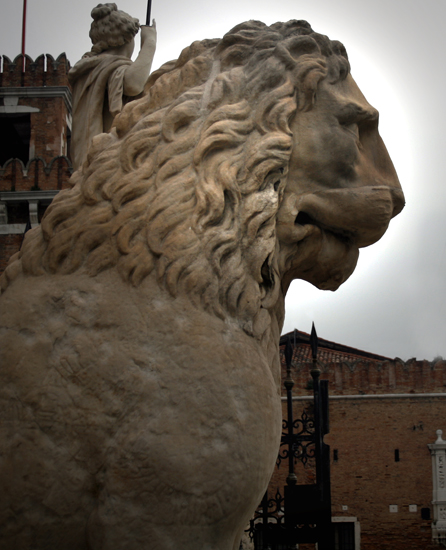 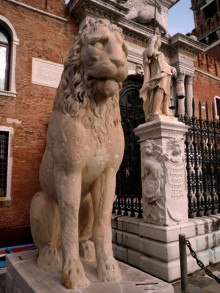 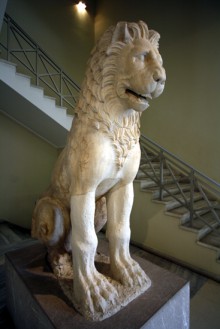