Homepage > A Lighthouse at World's End

A Lighthouse at World's End

Once I spend Christmas time in Kaitaia, in the north of the North Island, near Liquor’s King, a liquor store as the name suggests. There I bought a bottle of Lindauer Brut, a kind of local champagne to celebrate myself December 25 in the motel room, the Kauri Lodge, south of the main road of the town, Commerce Street. Sometimes I strolled up and down, as I use to do many years ago in many other places. A nonsense as any other. 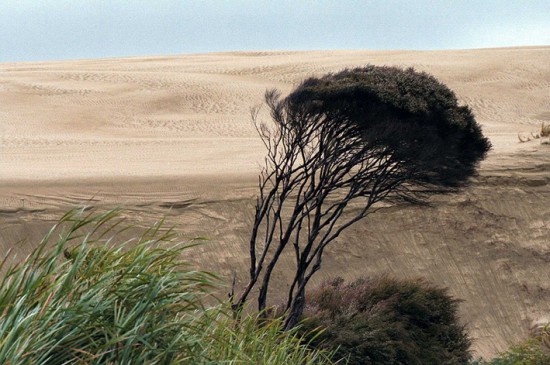 Kaitaia is a easygoing town home to five thousand people at the bottom of the Aupori peninsula, crossed by Highway 1 between Auckland and the northern tip of the island, Cape Reinga. It has the merit or virtue of being one of the warmest places in the country. Not very far starts the beginning of Ninety Mile Beach. Actually is fifty-five, which is not negligible. In some sections, looking back to the sea, you may have the feeling of being in the middle of the Sahara or the Gobi Deserts. Dunes shift moving fine sand curtains on its edges, at the whim of the wind. Conservation Department traffic signs warn drivers about the dangers of rolling on the sand along the hours before and after tides. Beside signs also remain half-buried as a warning, vehicle skeletons barely overhanging from the sand. 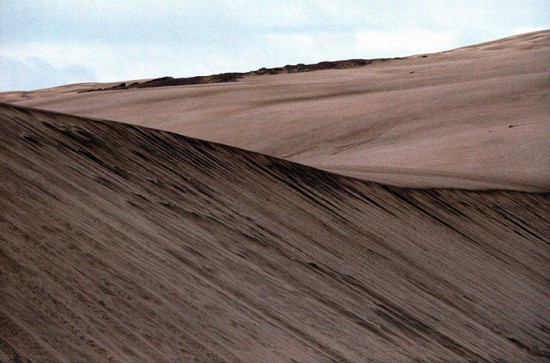 Ninety-nine miles end at Cape Maria Van Diemen, which witnessed the Abel Tasman sailing and tribute his patron, Batavia Dutch governor, Anthony Van Diemen. A little further north, up to the north no longer remains, is Cape Reinga, the northernmost point of land, with the permission of Surville Cliffs, thirty kilometres west, slightly exceeding the record. In Cape Reinga Tasman Sea and the Pacific Ocean waters meets, even, sometimes, it’s almost possible distinguish when currents face splashing waves one against the other. For Maori mythology here is the union of male and female, Te Moana-a-Rehua and Te Tai-o-Whitirea, Rehua and Whitirea seas. 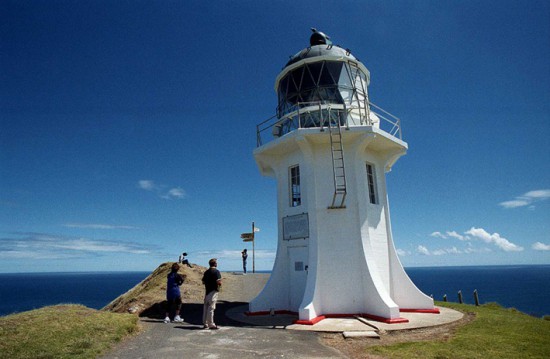 Te Reinga or Te Rerenga Wairua, mean the underworld or the place where the spirits leap. The cape is the point from where souls jump on Spirits Bay to meet their home: Hawaiki, origin of Maori cosmogony. Before arriving are the nearby Three Kings Islands or Manawa, throwing one last glance back.

Near the cape’s end, decorating the landscape, a thirty six feet high octagonal tower houses the white lighthouse. It was built in 1941 and automated in 1987, is still operating. Its beam may would not trespass the end of the world reaching Hawaiki, but at least boats, within forty-eight kilometres, can be oriented every 12 seconds, when horizon get lighted. 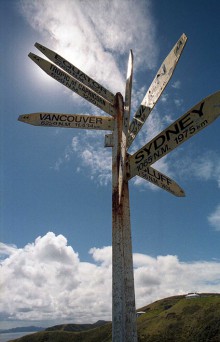 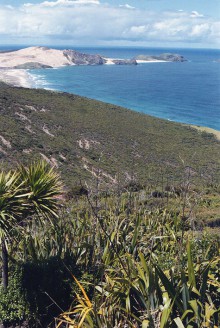