Crossed Britannia Bridge, one of the two crossing the narrow stretch of sea that split the island of Anglesey or Ynnis Môn and Wales, there’s a town not known for its monuments because basically lacks of them, or by its church of Saint Mary or any imaginable tourist attraction as the column of the Marquis of Anglesey, a magnificent eighty eight feet high watchtower erected in memory of the courage of the Marquis, Henry Paget, at the Battle of Waterloo, but by the length of its unpronounceable name: Llanfairpwllgwyngyllgogerychwyrndrobwllllantysiliogogogoch. 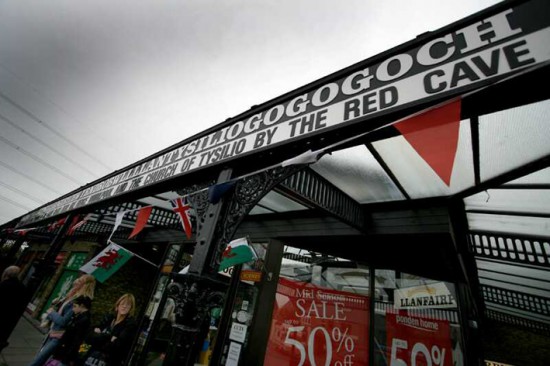 It means: St. Marys Church in the hollow of the white hazel near to the rapid whirlpool of Llantysilio of red cave. Neither more nor less. The town has three thousand people living there and maybe not even them try to figure out how the town family name must be spelled. Although they use abbreviations: Llanfair PG or Llanfairpwll, more affordable both to the human ear as to the box of any form or document that has to declare their home address.

It was not always so. Llanfair Pwllgwyngyll, as originally called, was a small rural settlement where, in 1563, sixteen eighty souls were dwelling. In 1801, 385 people were already occupying 83 houses. The construction of the road and Britannia Bridge, in the early fifties of the nineteenth century, boosted population growth. With the railroad arrival, from Chester crossing Anglesey to conclude the line in Holyhead, the city expanded around the new station, which attracted around merchants and craftsmen. Modernity brought also the post office, a couple of schools, a hotel, a brewery and a dozen of pubs.

While the village grew up new ideas appeared, and a local committee suggested the name change to attract the curiosity of the passengers travelling on the train and to encourage people to stop at the place.  It is not known for sure who came up to extend it to this extreme, but it worked. And continues to work because visitors come mainly to the train station to be photographed with the monumental toponym. In a poster, next to the white fence, under the name of the town is written its English spelling. On another is labelled the translation from Gaelic into English. 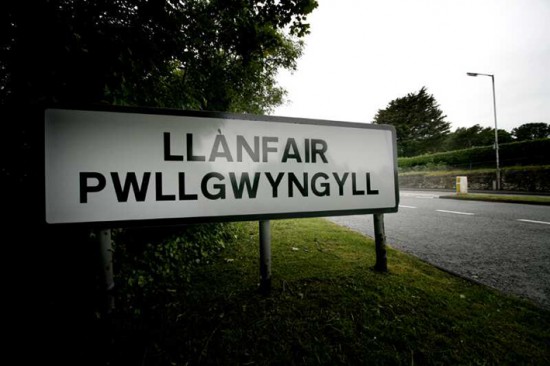 Next to the station boasts a large supermarket which also sells any kind of souvenirs related to the town name: magnets, postcards, lighters and pens, towels... People come and go, meanwhile in front someone rushes a pint on the Penrhos Arms terrace, police patrol passes by the shops and Tlysau'r Briddas offer their wedding dresses.

Llanfairpwllgwyngyllgogerychwyrndrobwllllantysiliogogogoch holds, as it deserves, the longest place name in Europe and one of the longest in the world. But it has severe concurrence. In 2004, another Welsh town tried to change his name to protest the plan to build a wind power station in the vicinity. Llanfynydd would become: Gorsafawddacha'idraigodanheddogleddollônpenrhynareurdraethceredigion: The Mawddach station and its dragon teeth under at the Northern peace of the Penrhyn Road on the golden beach of Cardigan Bay. Thanks God it doesn’t become official. The Postal Service is still grateful. 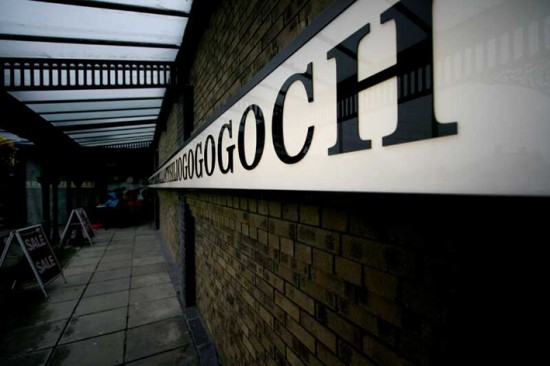 But Llanfairpwllgwyngyllgogerychwyrndrobwllllantysiliogogogoch isn’t the world’s place name more exaggerated. There are endless aural aberrations as the full name of the Thai capital, Bangkok Krungthepmahanakonbowornratanakosinmahintarayudyayamahadiloponoparatanarajthaniburiromudomrajniwesmahasatarnamornpimarnavatarsatitsakattiyavisanukamphrasit or "The Great City of Angels, Eternal Jewel, Impenetrable of God Indra, the grand capital of the world endowed with nine precious gems, the happy city, abounding in an enormous Royal Palace that resembles the heavenly abode where reigns the reincarnated Gods , given by Indra and built by Vishnukam", or the name of a hill in the Hawke's Bay, New Zealand, listed in the Guinness Book as the longest place name ever known in the world: Taumatawhakatangihangakoauauotamateaturipukakapikimaungahoronukupokaiwhenuakitanatahu, which in Maori means" The hilltop where Tamatea, the man with the big knees, the climber of mountains, eater of land, which roamed around, played the flute for his beloved.  Romantic certainly.

The Welsh name for the town, that I will not write again, also put a crossword puzzle in the Guinness Book of Records. The proposed definition was an acronym in English original: Giggling troll follows Clancy, Larry, Billy and Peggy who howl, wrongly disturbing a place in Wales. I do not know if it got prize, but certainly it deserved.