Granyena de Segarra is a small town where scarcely one hundred and forty souls live. It gathers on the southern slope of a hill standing out among the wavy plains where cereal grows in Lleida lands, in the shadow of an ancient Templar fortress. 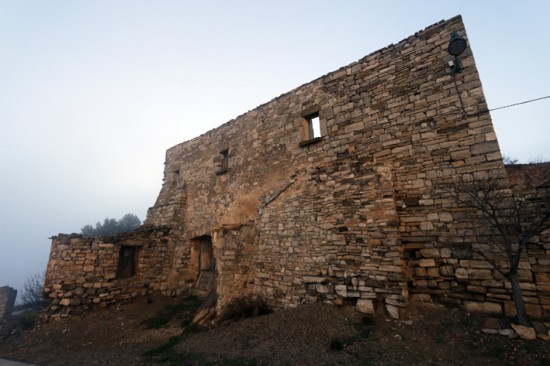 In 1054, when the town was frontier with Al Andalus dominions, still beyond Ebro River, Ramón Berenguer I of Barcelona and his wife Almodis de la Marca granted a settlement letter to a dozen families. The same count ceded the castle successively to Ramon Ermemir and to Bernat Isarn, but on July 14, 1131 his descendant Ramon Berenguer III, days before dying, entered the Order of the Temple of Jerusalem. In his will, he made donation having as witnesses his son Ramon, his stepbrother Eimeric II of Narbonne, Guillem Ramon the Seneschal, Ramon Renard and Bernat de Belloc, to the three Holy Land military orders, the Hospital, the Holy Sepulchre and the Temple. To this last corresponded Granyena castle, thus becoming the first possession of the order in the Catalan counties.

The donation sought to implicate the order in Christian advance on Muslim territories, as they would later participate in the campaigns of 1143 to conquer Lleida and Tortosa. In spite of the early transfer of Granyena castle the Templars did not take charge of the fortress until five years later, when a first community of friars was established. However the preceptor of the command it is not known until in 1189 Bernat de Vilademàger was in charge. He was succeeded by Guerau Ponç, Berenguer de Montornès, Pere de Sant Just and Jaume d'Oluja. At the beginning of the XIV, in 1316, when the order of the Temple was abolished, the property passed to the order of the Hospital with the commander Bernat de Guilella, integrating in the Great Priory of Catalonia. 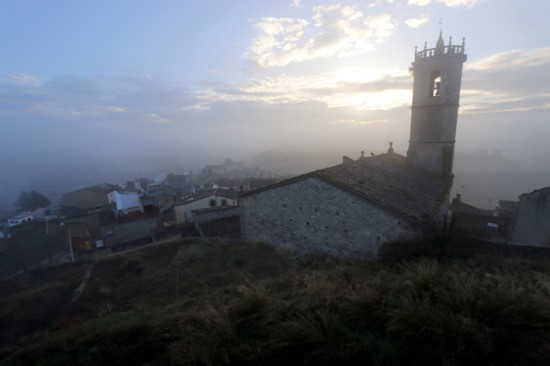 The castle was reformed and transformed on numerous occasions until the beginning of the 20th century and also suffered the consequences of several conflicts, from the Catalan Civil War to the War of the Reapers and that of Succession. After the confiscation of 1835 it passed to private hands and became, divided, into three houses of work, a part of the enclosure was used as a graveyard. Today, among the ruins, there are still a part of the 11th century tower, the wall that closed the premises and the arch of the well, the gothic doorway on the southern facade. Inside still stands a nave with barrel vault. In June 2003, was remade beside the Castle Square, a nice lookout over the town and the shire, with the chapel and an old stone cross attached to the fortress. Further down, down the Well Street, is the cobbled portal of the southern façade, one of the ancient gateways to town.

Beneath the castle, there are a couple of streets along the hill, Major and Migdia - Broad and South -, a third, Sant Pere, it’s a shorter one. The main street opens in a square in front the steps leading to Santa Maria parish church, a neoclassical building with a facade finished in 1804 and a slender octagonal tower, which until not too many years ago was still jagged on its top. In the streets can be appreciated some old stone door lintels marking the year of building. One of them, in Tramontana Street, shows architects of the universe symbols, the masonry: compass, squadron, hammer and chisel.

At the end of the seventies I spent some seasons in the village; it had an admirably chromatically changing landscape, from the intense green of the wheat and barley fields in late spring until they acquire a variant range of sienna hues. I settled in a three stories house, which without threatening ruin, longed for an urgent repair that included some of its steps. Even so, at the age of eighteen, I needed little more than a fire place to heat the living room and to cook and a lounger to sleep in. I arrived loaded with reading and tools to paint: an old easel, a no less old box to store tubes and brushes. I arranged them by the window, near the noon light and next to a small table where I left the books. It was a time to read the damned French poets, Baudelaire, Rimbaud, Verlaine, but I left them at home, carrying instead a selection: Whitman, Papasseit…and a bilingual poetry edition of the American Emily Dickinson, a discovery caused by a ballad by Simon & Garfunkel, The Dangling Conversation: And you read your Emily Dickinson, / And I my Robert Frost, / And we note our place with bookmarkers / That measure what we've lost. There was also music. An old battery-operated tape player - there was no electric current in the house and the lighting was provided by a few strategically placed candles – played the tapes painfully copied, but with pieces appropriate to the situation: the great successes of Georges Moustaki and others by Leonard Cohen. I liked to hear Suzanne as I lost my gaze to the fields, beyond the window. And you want to travel with her / And you want to travel blind…  More than thirty years later the streets are still empty, I would say even more. There are no echoes, even silence. Only a translucent fog that surrounds the hill converting memories into a dense matter, close to that of dreams, full of distant words and notes in the air...  And you know that she will trust you / For you've touched her perfect body with your mind. 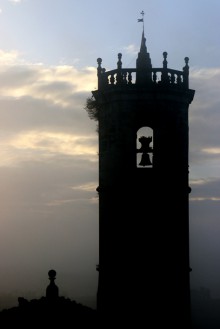