Somebody said Adelaide looks like a British city. I found it rather an American one, thought its people are with no doubt genuinely Australian. The spacious layout of its streets and avenues is as rectangular as it could be Manhattan in New York or San Francisco's North Beach, with large murals and Chinatown included, but maybe in a smaller scale. There is also a tram, thought it doesn’t climb any hill as Nob Hill and also have a cathedral which could vaguely remember Saint Patrick in the Fifth Avenue. 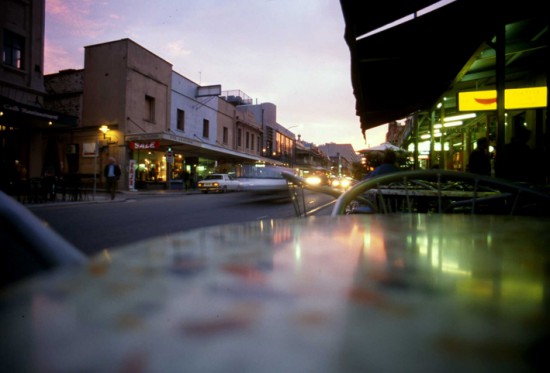 But obviously, Adelaide also has its own peculiarities. Probably few cities in the world have a traffic signal to indicate a passage of ducks, or instead squirrels, curious opossums swarming in their public gardens and squares, which shamelessly come to beg bread crumbs. Tasmanian devils, dingoes, or a small marsupial called wombat should be added, thought all of them live quietly in the zoo. A large ring of parks and gardens around the centre provide some English look. Botanical gardens were accessed through a glass Victorian mansion called The Palm. It was built in 1854, fourteen years after the city founding. It’s a great place where to waste time peacefully, lying to read on a perfectly cut grass at the edge of any of the small lakes beside Torrens River, the stream that crosses the city from west to east.

Further away, but accessible by tram, the city old port retains some interesting old buildings from mid and late nineteenth century, a beacon from 1869, and if I'm not mistaken, I remember the brewery. A jetty juts into the sea allowing getting close to the iodine and nitrates smell released by waves breaking on its pillars. And from there, gaze over the horizon trying to discern Kangaroo Island profile in the distance or throw a hook in the water. 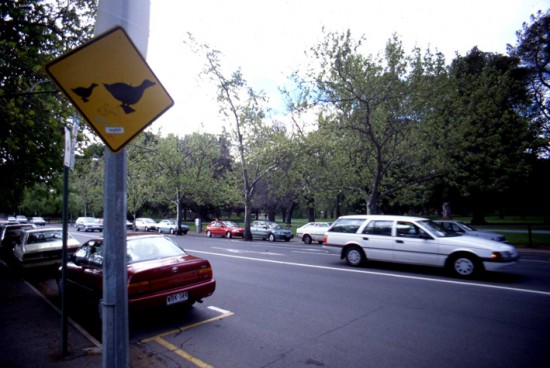 The city is named after the queen consort of British King William IV, Adelaide Amelia Louisa Theresa Caroline of Saxe-Coburg Meiningen. Both reigned in England between 1830 and 1837. Fortunately for its current inhabitants left him only the first name. Adelaide, as the portraits of her mentor, looks like a peaceful place. However, sometimes becomes suddenly crazy. 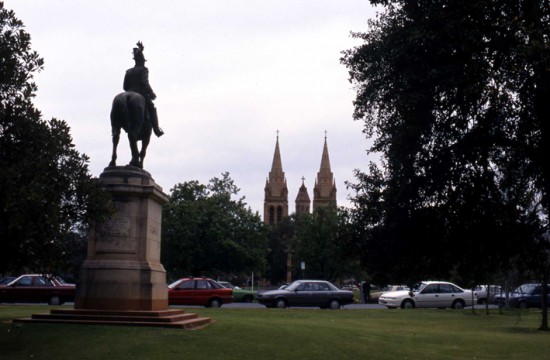 On the afternoon of September 26, 1998, young and not so young people, took the city streets, mainly around Wakefield and near Victoria square. Some were pressing the car accelerator while others hoisted  the drive wheels until tires burn producing a heavy black smoke. Coopers, Fosters and other local beers ran from hand to hand and from hand to mouth. The reason of the sudden onslaught was the unexpected victory in the Grand Final Meeting of the Australian Football. Adelaide Crows versus North Melbourne Kangaroos. After a first half when the Adelaide team was losing, they finally beat the Melbourne Kangaroos by 35 points getting this way the league in the pocket. Not much more like a riot in the city is remembered ever since.

When the party was over I returned to my shelter in Gilles Street, south in the city, where my room had a  comfortable and pleasant terrace. I had a suitcase to rebuild and a reunion pending with Alice.