Armenian people relationship with Venice comes from long ago, almost since the first days of the city when the ties with Constantinople were tighter. They had their own neighbourhood, later their own church and their island where an active community of monks dedicated to the books was established. Byron was an exemplary user. 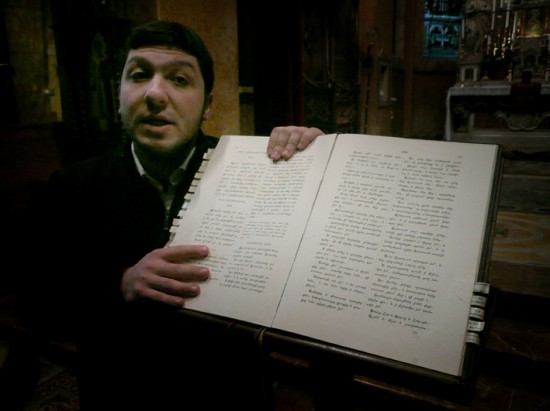 The first contacts between the two communities back to the sixth century. The Byzantine Exarch of Ravenna, Narsete, and the Bishop of Altinum, Isaaccio were both of Armenian origin. Later, the kingdom of Cilicia facilitated to Venetian merchants the trade whit the Levant. In return the Serenissima, just in the twelfth century, provided accommodation to the Armenians who came to the city to do business, even the dogo Pietro Ziani gave them a tall building with small windows and reinforced with steel beams in the channel di Ferali, in the parish of San Zulian and two steps from San Marco.

Eventually the streets close to Sotoportego dei Armeni, San Zulian and calli Fiubera became a real Armenian neighbourhood where they traded with any kind of products coming from the east, pistachios, cakes and dolmades, typical rolls stuffed in a grape leaf. It used to be easy to find a glass of Malmsey wine or Oghi, a kind of aniseed liquor drank diluted in water as the Greek ouzo. Armenians have also given names to some places in the city, next to Piazza Santa Maria Formosa is a street called Ruga Giuffa where the Grimani Palace is half hidden, has a couple of discreet restaurants and a hotel, a nice coffee shop and is crossed by dead end alleys giving access to private homes. The name comes from the ancient city of Giulfa in the Armenia ruled by Persia, birthplace of Armenians settled there and in Coronna Street and in the Salizada Zorzi. People in the Ruga Giuffa were devoted to trade in silk, cotton, wool and dyes imported from Eastern. A wealthy family from New Giulfa in Isfahan, the Sceriman or Seriman, stayed at the three-story mansion which is next to the Jesuits of Cannaregio, this is the Palazzo Sceriman ai Gesuiti just beside the Rio dei Sartori.

In 1496, the inside of the house loan by Ziani was modified to accommodate a church where officiate the Armenian rite. It's Santa Croce degli Armeni. The name refers to the relic keep, the Cross of Jesus Christ. The church lacks facade as the one of the house was not altered and bell tower is barely visible only from the Rio Terrà delle Colonne. 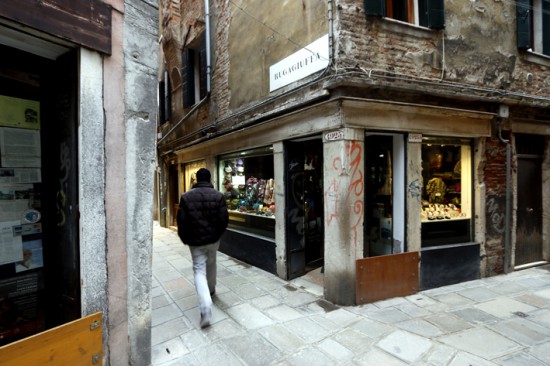 But the best known place in relation to the lagoon Armenians is a small island opposite the Lido, San Lazzaro degli Armeni. This had been ceded in 810 to the Benedictine abbot of Sant'Ilario di Fusina. In the twelfth century it was used as a quarantine hospital for lepers. Later became shelter for sick and needy and would welcome even Dominicans expelled from Crete and an arms factory during the War of Morea, until it was finally abandoned. In August 1717 it was donated to a religious group of Armenians who fled the Turkish occupation of Methoni, southern Peloponnese. The monk Manouk Petrosian was founded in 1706 in Morea the San Antonio Reformed Congregation of Armenians Monks, an order that found refuge in the tiny Venetian island. In 1722 they finished the restoration works of the old church that had been abandoned and there Mekhitarist order, as is well known, devoted to everything having to do with the culture of the Armenian people.

Less than twenty monks are currently living on the island mainly dedicated to maintaining the extraordinary library that has accumulated the convent in which there are no less than 170,000 volumes of which about four thousand five hundred are incunabula manuscripts. Among the first publications undertaken by the order are Armenian translations made by ​​its founder, the Imitatio Christi and the Bible. Moreover have survived texts that did not exist before in the West and only did as Armenian manuscripts, as the Letters of Ignatius of Antioch, or the history of Eusebius of Caesarea.

A user of such a fantastic library was Lord Byron, who during his stay in Venice between 1816 and 1817, went daily to San Lazzaro degli Armeni to study the language. Byron came to translate the Epistles of St. Paul to the Corinthians from Armenian into English and produced with the help of the monk Harutium Avgerian a British-Armenian grammar.

The monastery has a small museum with century VIII Armenian relics, coins, stamps, the sword of King Levon VI, pieces from Arabia, Indian and Egyptian as the mummy Nehmeket Amun, brought by the French in 1825 and shown in the space now called Byron Hall. 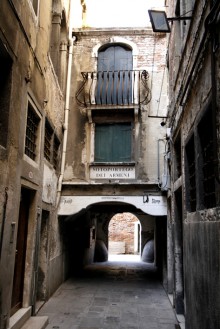 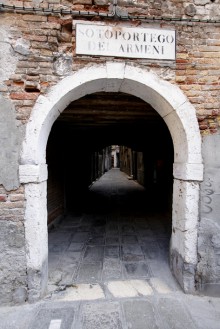