At bird's eye view Tintagel is a closed bend on the map. Just a couple of miles where all the shops in town looms. First on Bossiney Road, then in Fore Street. There, on the right Lewis', formerly The Riggs, a charming B & B with four bedrooms in a small wooden sixteenth century mansion, offers its tea room and small garden to the crowd in front of the Methodist church. 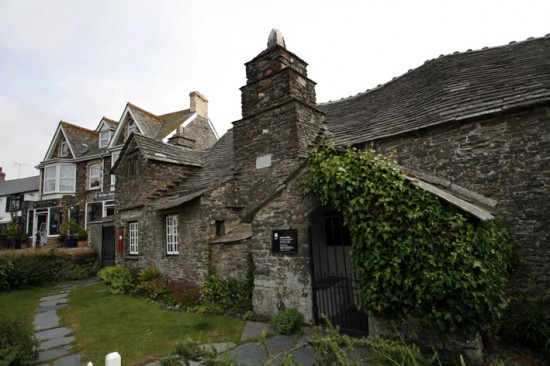 The Old Post Office is the jewel of the city. A fine building dating from the fourteenth century, with a corrugated roof slate. On the facing sidewalk King Arthur's Arms, a pub not in the family-level Cornishman Inn, a little beyond. Again across the street Merlin's Gifts offers ice cream, armours and postcards, before arriving to the Ye Olde Malthouse Inn and Wootons Country Hotel and Inn, two good addresses where to sample Castle Gold, Gull Rock or Harbour Special, three varieties from Tintagel Brewery Quality Cornish Ale, another local gem. The bookseller does not escape from the legend influence: King Arthur Bookshop. If Arthur, Merlin or any of their friends woke up Morgana's spell they would not lack bed to continue sleeping.

Outside, a round peninsula raises its cliffs against the strong waves of the Atlantic. At its peak, among flowers of heather, broom and thyme, Tintagel castle was built. Now some remains recalls its past existence and present ruin. For the legend, and the pen of Sir Geoffrey of Monmouth, who wrote the History Regum Britanniae and Vita Merlini, this was the birthplace of King Arthur. Where transmuted Merlin in Uther Pendragon's appearance to resemble to Gorlois, Duke of Cornwall and Ygerna husband, whom Uther was in love with. Such way was seduced and Arthur conceived. But there are no further references in Monmouth’s writings whether Arthur born or lived in Tintagel. That does not prevent the sign on the peninsula road advertising: Tintagel Castle / Castel Dyntagell, Legendary birthplace of King Arthur. Just in case. 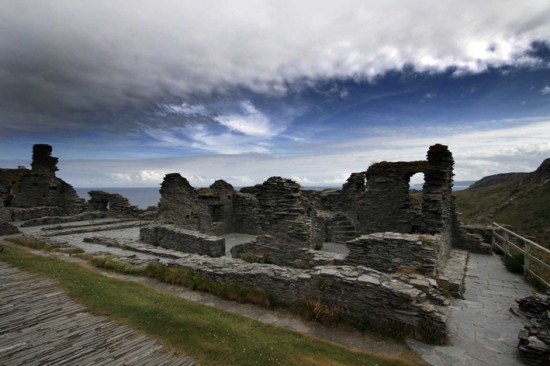 Six centuries later Monmouth writings, the poet Lord Alfred Tennyson went on Arthurian sagas trail. In Ydills of the King, 1859, mentions Tintagel and the Arthur’s conception: Sir, for ye know in the King Uther’s time / The prince and warrior Gorlois, he that held / Tintagil castle by the Cornish sea / Was wedded with a winsome wife, Ygerne.

Ygerna, or its variants Igema, Eigyr, Ygrayne or Igraine became in works of Arthurian mythology Le Morte Arthur of Thomas Malory, in the Parzival of Wolfram von Eschenbach, and other subsequent, in the mother of three daughters, one of them Morgana Le Fay, a student and lover of Merlin.

But true or not, before the appearance of Arthur in medieval literature, Rome, during Britannia occupation, had kept a military outpost on the island. In the excavations carried out in 1935 Courtenay Arthur Ralegh Radford suggested rather seemed to be a Celtic monastery. In the latest, conducted by Charles Thomas, didn’t established any connection with Arthurian epics, however were found pottery and crystal fragments from the Mediterranean in Roman times. However recently was found a piece of slate with the Latin inscription: Artognou, relative of Coll, did this. A graffiti subject to any kind of speculation. 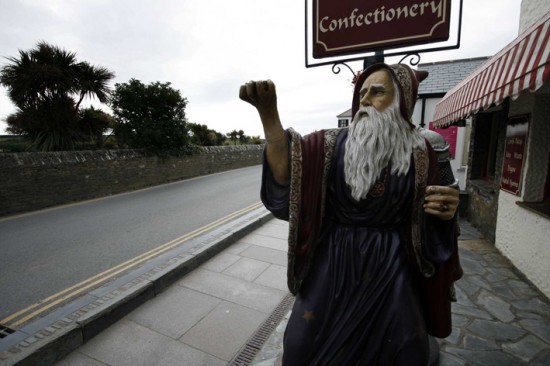 When Rome left after the fall of the Empire, which had been Dumnoniorum Civitas administrative region came under the control of local tribes, who had been known to the Romans as Dumnonii. A kingdom of Dumnonia may have been ruled by the legendary King Mark of Cornwall, whose nephew Tristan fall in love with Isolde, but, although in Tintagel, that's another story. Arthur could be offspring from these Middle Ages British kings.

In 1233, Richard, Earl of Cornwall, built a castle on the peninsula near Tintagel, which seems to be present ruins. One hundred years later would be abandoned. In the nineteenth century was rebuilt a wall, but it was not until 1975 that would be build a bridge and wooden stairs for easy access. Today, nearly two hundred thousand tourists visit annually to seek King Arthur’s imprint on the summit, or try to access, beneath the creek north of the peninsula, to a cave which has been dubbed Merlin's Cave. 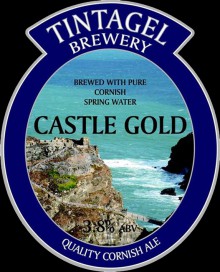 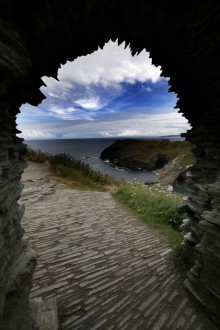