Homepage > Babylon, the Gate of the Gods

Babylon, the Gate of the Gods

When the lofty Anu, King of the Anunnaki, and Bel, lord of heaven and earth, he who determines the destiny of the land, committed the rule of all mankind to Marduk, the chief son of Ea; when they made him great among the Igigi; when they pronounced the lofty name of Babylon; when they made it famous among the quarters of the world and in its midst established an everklasting kingdom whose foundations were firm as heaven and earth – at that time, Anu and Bel called me, Hammurabi, the exalted prince, the worshiper of the gods, to cause  justice to prevail in the land,  to go forth like the Sun over the Black Head Race, to enlighten the land… 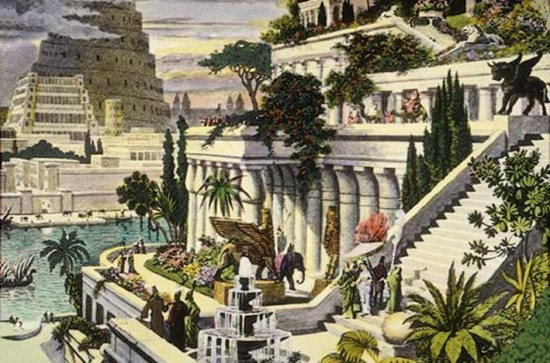 These are the first lines of cuneiform trail known as the Code of Hammurabi, sixth king of the Amorite dynasty who lived and reigned in Babylon between 1728 and 1686 BC and was proclaimed king of Sumeria, Acadia and the four regions. Under his reign turned the small city-state into an empire that dominated Mesopotamia between Kurdistan and the Persian Gulf, between the lands of Mari to Susa in today’s Iran, beating the Assyrian capital Nineveh.

Babylon was called in Sumerian times Ka-dingirra, the Gate of the Gods. According to the Bible was founded by Nimrod, son of Cush, grandson of Ham and grandson of Noah. Each of the city gates held the name of a god: Shamash, Ishtar, Marduk, Adad, Enlil, Zababa and Uresh. In Nebuchadnezzar age, during the second Chaldean kingdom, was built the famous Ishtar Gate, leading to the temple of Marduk. This door was a fortified enclosure controlling access to the north of the city, then also housing one of the Seven Wonders of Ancient World: the Hanging Gardens, built  to Amytis, monarch’s wife. 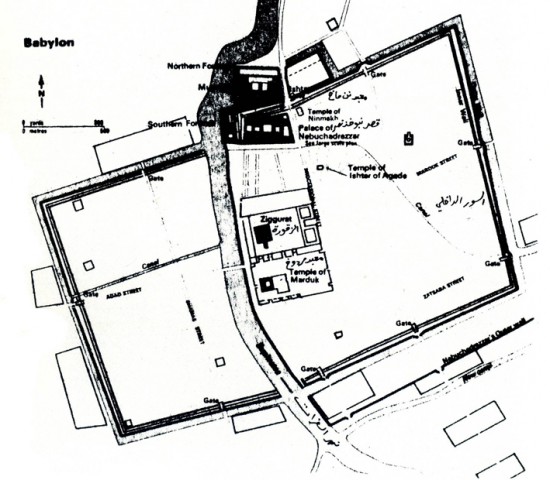 After the Persian kings Cyrus the Great and Darius I ruling, the Greek Alexander wanted to make the city his capital. He died there in 322 BC.

Going back to the days of Hammurabi, king of the Amorites, he gave the code that bears his name, probably inspired by the ancient legislative corpus of Ur-Nammu, Esnunna Bilalama and Lipistar of Isin. Containing three hundred items, the code was engraved on a diorite stele eight feet tall. At the top a bas-relief represents the sun god Shamash handing the laws to Hammurabi. Under both figures, in Akkadian cuneiform writing, develop rules establishing scales to fix prices and wages, civil, judicial protocols and penalties for each type of crime.

The stele was looted during the invasions of the neighboring kingdom of Elam around 1200 BC, and was taken as a trophy to the city of Susa by King Shutruk-Nakhunta. Here would be rediscovered in December 1901 by a French archaeological expedition, which would lead the monolith to Paris, where it was translated.  Now it’s preserved and exhibited in the Louvre Museum, in Paris.

Babylon ruins began to be archaeologicaly investigated in early twentieth century. Between 1902 and 1914 German archaeologists unearthed Ishtar Gate remains. The vast majority of the fragments found there were moved to Berlin, where it was rebuilt in the Pergamon Museum. 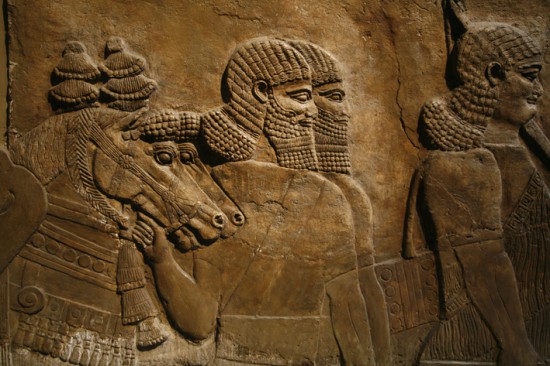 After Iraq’s Baaz Party seized power, and with its leader, Saddam Hussein, growing megalomania, began in 1978 a project to restore the ancient Mesopotamian city. It was rebuilt, although smaller, the Ishtar Gate and the Etemenanki, the ziggurat destroyed by Alexander the Great identified in the Bible as the Babel tower. Completely rebuilt the temple of the same goddess, Ishtar, and the Palace of the Euphrates, and partially the South Palace and the Greek amphitheater. Saddam, in his delirium, believed himself a new Nebuchadnezzar. He ordered  interlayer bricks with his name as twentieth century Babylon rebuilder, and in the absence of Elamit enemies, was engaged in an endless war against neighboring Iran, invaded the small emirate of Kuwait and confronted the American giant in 1991 with devastating results for their country.

After the last war in Iraq, in 2003, the Gate of the Gods, Babylon, was inhabited again. They weren’t the ancient Hurrian, neither kingdom of Elam, nor Persians. This time the modern replica of the city of Hammurabi was the headquarters of the U.S. Army 155th Brigade Combat Team. 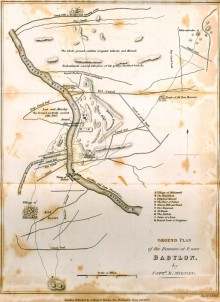 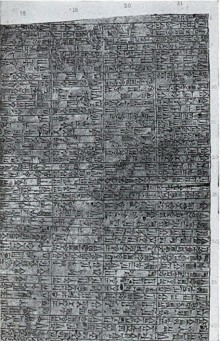