The Bank House is a small bed and breakfast strategically located on the main street of Beer. The affable Bob Pearse every morning gently bend over backwards to serve the full English breakfast, i.e. two eggs any style, bacon, sausage, beans, mushrooms and tomatoes, usually parboiled or fried. Coffee or tea. The house has three rooms for guests, so in season is easy to find in the window next to the front door and under the Union Jack and Devon flag, a sign stating simply: no vacancies. 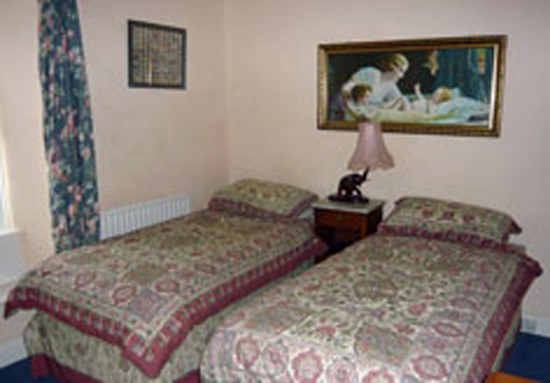 While Bob racked services, from kitchen arrive melodies from the forties. Classic standards from the years of the Second World War. Combined with the decoration of the living room enabled for breakfast transport to another era. Frames with colonial motives, metal plates advertising a brand of tea, scenes with redcoat regiments. The Thin Red Line, I read in one of them. On a legend a line of riflemen points to an imaginary real enemy that transcends the contents of the rectangle. I turn to the left and next to the window there is behind me a commemorating plaque of the RAF, the Royal Air Force, in recognition of fundraising for the war. A winged man is mounted on a kind of three headed reptile. Is not known for sure if it is to attack him or support him. All in a marble tone more akin perhaps to a headstone. 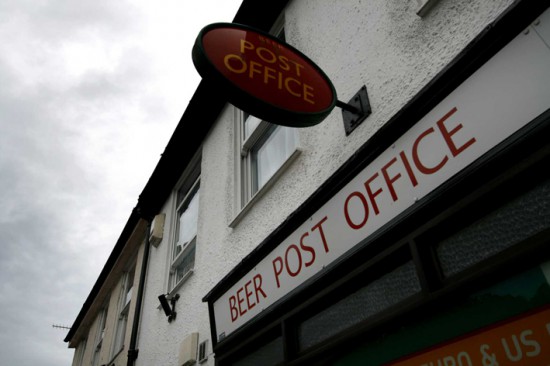 The room was simple but comfortable, with bathroom, TV and water heater to prepare in a few moments a cup of tea. But what attracted me was the very striking picture framed atop the bed. Any hotel room decor is usually unremarkably and aseptic. And this did not escape the rule, but it was the reading of the image that indisposed me and caused me some uneasiness. I do not remember exactly the name contained in the firm, it may be of William Powell Frith, an English Victorian painter. The scene described a loving mother, who should be around just twenty five years old, in a caressing gesture of his left hand to a practically albino young boy with a disproportionate face seeming to be four or five years old. With left arm comforted her other child, representing age for a baby. Mother and sons had a fair complexion and a Saxon curly blond hair bordering on perfection what Nazis had desired for Aryan race. Two winged cherubs, with the same ethnic appearance, spellbound watched the action, half hidden behind a curtain which limited the frame on the right side of lithography. Child's father is present at the scene through the golden ring shown by the lady in her right ring. The idyllic composition made me thirsty. And if there's something no missing on Beer is a pub where mitigate dehydration. 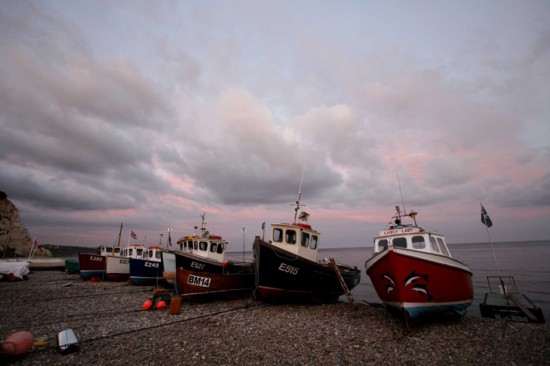 Beer is a small town on the south coast of Devon which still retains some fishing and where mass tourism has not yet wreaked havoc. Its name has nothing to do with good ales and lagers served in Anchor Inn or in Barrel o’Beer. Beer comes from the Old English word bearu meaning small wood. Although no longer cause a fleeting smile passed the post office,  Beer Post Office, or talking on the phone to say: - I'm sleeping in Beer!

In its beach, huge pebbles do not invite to lie. There are a dozen fishing boats that overnight out of the water, usually pulled by a tractor. A restaurant announces their fresh fish catches come from the local fleet. And judging by the quality of their mackerel and John Dories must be true.