Roman tribune Marcus Porcius Cato obsessively ended his speeches with the words: Ceterum censeo Carthaginem esse delendam, (And I think also that Carthage must be wiped out from the map). Obsession was not entirely irrational. Although had defeated twice the Mediterranean power, Rome wished to rule without restrictions western Mediterranean Sea routes. The end of the ancient North African metropolis arrived with Third Punic War.

In 146 BC, Carthage and its state were devastated again by the growing power of the Mare Nostrum: Rome. And they did it to fully consciousness. Most of the ruins that remain today doesn’t belong to the Punic capital city, instead the one Romans rebuilt above. 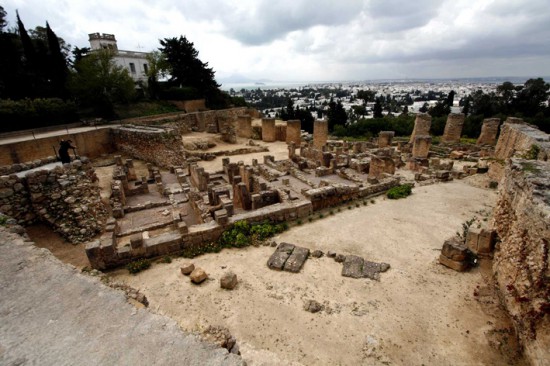 If legends are made to believe in, always more attractive than stark reality, Virgil’s Aeneid it’s the required reference. It’s said Carthage was founded 814 years before Christ by Dido, sister of Pygmalion, the Phoenician king of Tyre. Fleeing loaded with a treasure came to lands inhabited by the Libyans. The local king granted the territory that she would surround with an ox skin. Dido cut the hide into fine strips defining a large area around Byrsa Hill, north of the present city of Tunisia. It would be called Qart Hadašt, the New Town.

After Persian invasion of Tyre, Phoenician power moved to the new urbs: Carthage. At the height of the Carthaginian republic the city became populated by about four hundred thousand souls. Was defended by a triple wall twenty-five feet high. It had two large ports connected together, one for commercial uses and a second one military. The latter, circular, could accommodate more than two hundred vessels. Magon neighbourhood, today named for its fine red wine, and Salammbo quarter, descend from Byrsa hill towards the sea.

Between V and III centuries BC, Carthage occupied territories and harbours in Spain, Sicily, Sardinia, Corsica, Numidia and Mauritania. Also overstepped the Pillars of Hercules. Among the few texts that have been preserved from Punic Carthage, King Hannon’s Periplus is one of the oldest. It chronicles his voyages along the African coast up to Malabo Island and Cameroon. Hannon’s writings allow to figure out the outstanding size of the Carthaginian expedition: ... beyond the Pillars of Heracles I founded Libyan-Phoenician cities. I lead sixty ships of fifty oars each, a crowd of men and women, numbering about thirty thousand, food and other necessities.

But Carthaginem esse delendam. And so it was. It took years but when Julius Caesar visited the place he soon noticed the strategic importance of this ancient village to rebuild it.

Octavian, Caesar's heir, founded 29 years before Christ, the Colonia Julia Carthage. Now within the Empire itself, would rival Rome one more time, becoming its second largest city and capital of Proconsular Africa province. 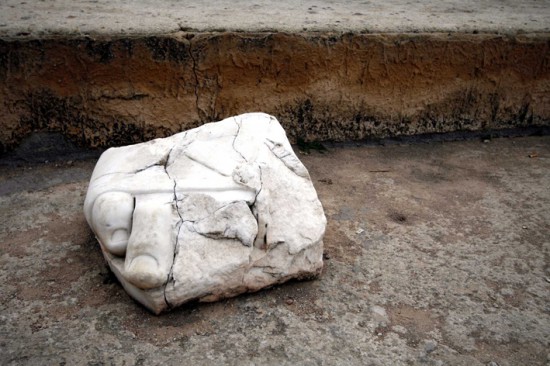 South of Carthage, near the city of Mahdia, Romans proved the significance of the province in the place of Thysdrus, today El Djem. Here, in the third century, was built a huge Coliseum, one of the largest of the Empire. King Hannon could house here his whole fleet: thirty thousand people.

Today Byrsa Hill, on the way to Sidi Bou Said, raises elegant mansions around the presidential palace. Scattered in between are the Punic and Roman Carthage vestiges. The Baths of Antoninus, the Roman amphitheatre and theatre, the temple dedicated to Tophet in Salambó ... Other pieces and some excellent Roman mosaics are shown in the Bardo Museum in the city, and also in Carthage Museum.

Perhaps more shocking is to find out St. Louis Cathedral facade, built in 1884 by the French in memory of King-Saint Louis IX, who died in the vicinity during the 1270 Crusaders siege of Tunisia. Currently holds exhibitions and concerts.

Once left behind the former military and civilian ports there is the new city harbour. All around is La Goulette district, famous for its fish restaurants, where very likely Porcio Marco Cato would eat pleased today. 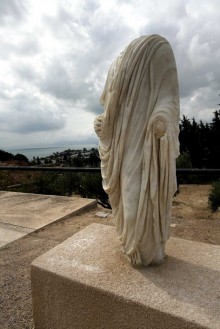 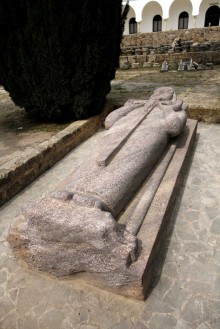