The calm waters of the River Avon (the Hampshire Avon, not to be confused with Devon Avon, Bristol Avon, or Warwickshire Avon) placidly flows to the English Channel in Christchurch, near the summer village of Bournemouth. Setting upside down the globe we could say again the same phrase except for the precision about Avon rivers. 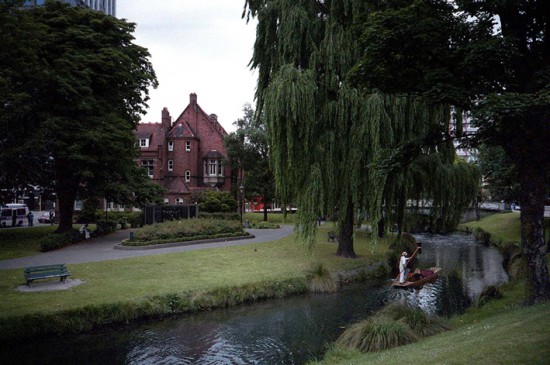 But now it’s New Zealand Christchurch. And the Avon Christchurch in the South Island was named in memory of the Scottish Avon in the Firth of Forth, Edinburgh estuary and not others British Avon.

Before February 2011 earthquake, Christchurch, was as placid as Avon waters crossing the city parks, flowing to the Pacific Ocean. Cathedral Square, the heart of the city, has lost part of the temple tower. This had previously survived the 1881, 1888, 1901 and 2010 earthquakes.

Largest city in South Island and the second around the country was carefully planned before construction started in 1850. Drawn on a grid, it’s only interrupted by the river and the diagonal High and Victoria streets. With a botanical garden giving open space in the centre, Christchurch has a Victorian air that resembles Australian Adelaide. The area began to grow up about 1840 by English settlers from Canterbury arrived in the First Fours Ships: Randolph, Charlotte-Jane, Sir George Seymour, and Cressy. 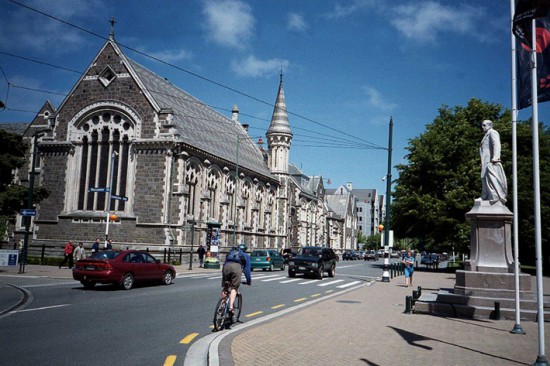 I was late to colonization, so I just settled in Occidental Backpackers, a convenient sleeping den, in Hereford Street, a short walk, a couple of blocks away from Cathedral Square. So, it is essentially downtown. Halfway, Sullivan's Irish Bar, a technical stop along the Bourbon Bar, both in Manchester Street. Although the Occidental bar was preferable for its pool, where I use to win and lose Speights pints precisely against a couple of Manchester globetrotters. I also loved to waste time sitting in the sun on a bench nearby Latimer Square, or on the lawn of Botanical, nicer sunnier, where it was easier to lie back on the green. There are more things to see in Christchurch, of course.

For example, a tram that makes a circular route through the town centre. It began operating in 1905 until 1954, when it was out of service. As in many other cities, was rediscovered in the mid-nineties. And as in many other cities its role as public transport is relatively useful staying as a tourist attraction. Tram also crosses New Regent's Street, a short pedestrian shopping street lined with Spanish Mission style facades, a variant of Art Deco, home to cafes, bars, and boutiques. 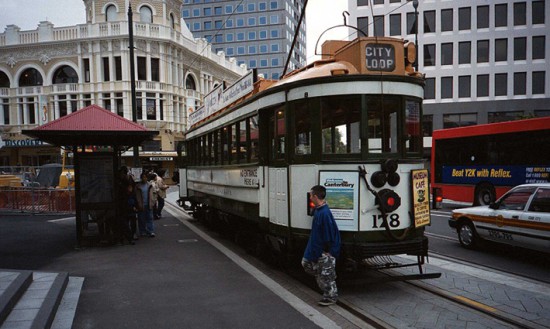 Aforementioned Botanical Gardens were opened pompously a July 9, 1863 by planting an oak tree to commemorate Prince Albert and Princess Alexandra of Denmark wedding. The forested area in the centre lies in a nearby park, the Hagley Park, attached to Botanical by several small bridges that span, almost inadvertently, a river already known: the Avon River (that of Canterbury, New Zealand). 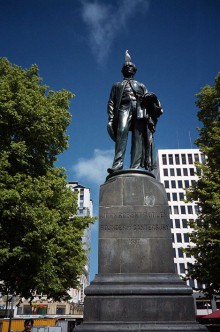 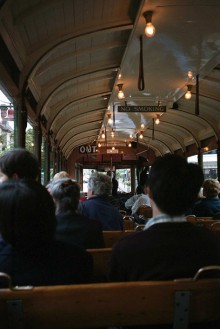