At Boramar’s beach northern tip, Notre Dame des Anges church bell tower is the main landmark of Côte Vermeille most visited town. It does not only show the hours, it has also marked the rhythm of the changes town has lived along history. 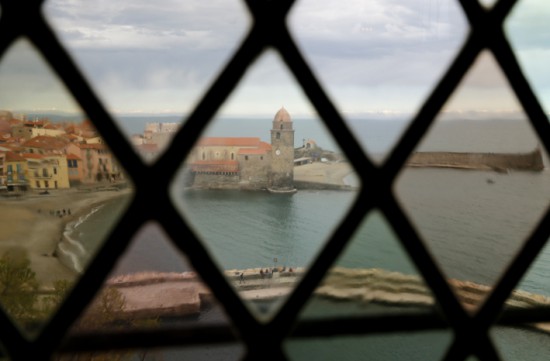 Anyone strolling along the sidewalk, bordering the seashore beside Majorca Kings Castle, or anyone contemplating the wanderings of the waves from the beach terraces, will inevitably hear Collioure most remarkable bell tower. Soundly it’s heard, rhythmically and precisely, twenty-four times a day. Visually, the tower reaches ninety feet in height, although it was not always so, at a glance the stages of its history are easily noticed.

The lower section, the first floor, dates from the end of the thirteenth century and was built with stone from the country and blocks of marble border the narrow loopholes. The tower did not exceed then twenty one feet height, but had almost fifteen wide to which must be added the six feet thick of the wall. The construction was linked to the walls and, given its location was used as a sign of the port at its northern end meanwhile to the south would be completed with Torre del Fanal - lamppost tower- now isolated in the middle of Avall beach. The headlamp lighting system was originally working with oil and a keeper was permanently in charge of maintenance. In the days of the Count of Roussillon, Nuño Sánchez, Colliure’s harbour was, in fact, the one of Elna and on the Conquistador's – James I – will was indicated to his son, future Majorca Kingdom monarch, the figures to invest in improvements to be made in the ports of Collioure and neighbouring Port Vendres. 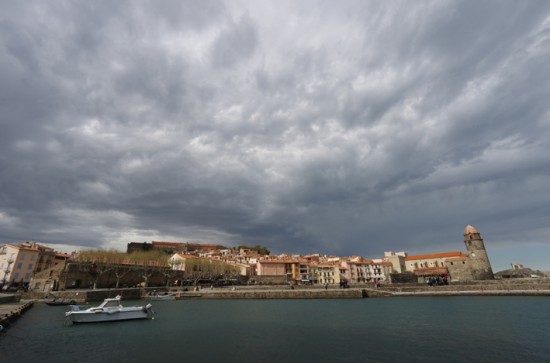 Between fourteenth and fifteenth centuries the two-storey intermediate zone was erected for which white and grey river boulders were used as material. The openings that were made left space for the use of arquebuses and other firearms. At the end of XVII century the tower had lost its defensive functions and in 1677 already it was used as a prison. The modifications Vauban introduced into the city's defences had led to the demolition of entire districts, and one of the churches, that of Saint Mary, halfway at present rue de la République. The existence of the tower in the port suggested the construction of the new temple near, thus, in 1684, construction works began and would continue until 1691. In June 1693 the tower was modified again to adapt it as a bell tower of the new church, eliminating the battlements and raising the wall, in smaller thickness, with a new floor that would house the four bells. That same year was installed the same watch that is still seen today.

Towards the year 1810 the upper part of the tower was reformed, raising an octagonal gallery decorated with red brick in the corners and finished with a dome painted with the colour there denominated le rose de Collioure. There are lithographs showing the state of the bell tower before this last modification, such as those of Louis Nicolas de l'Espinasse or those of Niquet, reproduced in Voyage Pittoresque de la France, published in 1787. Later works by the Baron Taylor team of Prosper de The Barrière or Ambroise Louis Garneray already show the belfry in its current state. L'église et le clocher de Collioure is a recurrent title in the work of these and later artists who passed through the town using the bell tower as inspiration. In 1904 came the Fauvists, with Henri Matisse and André Derain at the head, today some reproductions of his works are shown in the places where they were painted. 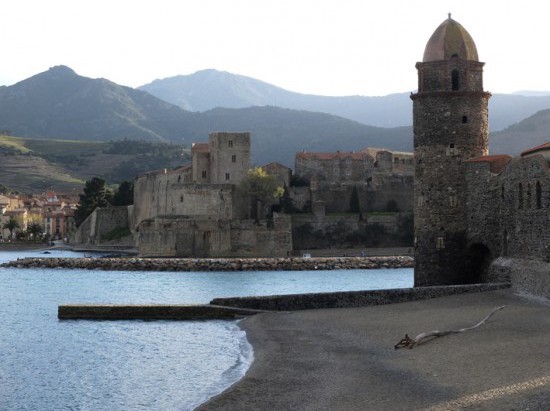 Collioure has a second bell tower completely remodelled in 2016. It is located at the opposite end of the town, at the bottom of Avall beach and near the Museum of Modern Art, it is the bell tower of the old monastery of the Dominicans, founded at the end of the thirteenth century. It has incorporated a bell of new foundry brought from Turin that weighs 240 kilograms and measures 74 centimetres of diameter setting the note, concretely “si”. 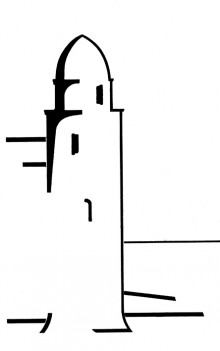 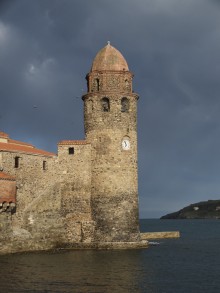