The Isle of Man, Ellan Vannin in Gaelic, on a world map a small dot between Ireland and Great Britain, is basically known for a couple of subjects. First at all for being a tax haven. There are no taxes on capital gains and transfers or benefits. Although the OECD, the Organization for Economic Cooperation and Development recognizes that the island's government has pledged to improve transparency and information exchange. The second the Tourist Trophy, the famous motorcycle race that takes place annually without interruption since 1907, when twenty-five speed idolaters on two wheels set a 37¾ miles circuit around the centre of the island. The difficulty of the course has taken about two hundred lives in not much more than a century. In England motor races are only allowed into closed circuits. 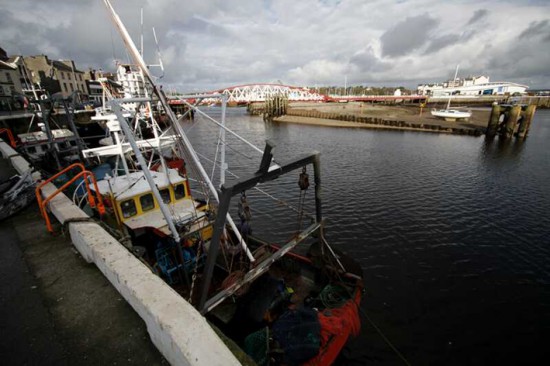 Both special features allow Man develop activities less practiced in the rest of the British Isles, including sports. Man is and is not England. Man, Ellan Vannin, is since 1866, a British Crown dependency, i.e., belongs to his gracious Majesty, who is responsible for its defence and international representation, but is neither part of the United Kingdom of Great Britain and Northern Ireland nor the European Union, although the Crown granted citizenship of its citizens, who thus are accordingly also citizens of the United Kingdom and European Union. Not bad. They can also issue coins and banknotes, stamps and have their own vehicle and Internet domain registration.

But they’ve got a past, Celtic and Norman. It is believed that the name of the island comes from the sea god Manannan mac Lir, and that its first inhabitants, those who left the strongholds of Cronk ny Merriu or Cronk Sumark and Meayll stone circles came from Eire. The language was related to Gaelic spoken in Ireland and Scotland. Before the arrival of the Vikings, Man was linked to Dál Riata and the Kingdom of Man and the Isles, who joined the west of Scotland. The Chronicle Regum Mannie et Insularum collects the efforts made in the eleventh century by King Godred Crovan to take over Man. His son Olaf, who reigned briefly in Dublin, lost the islands, held by his vassal Somerled, Lord of Argyll, who reigned from Finlaggan in the centre of the lake of the same name within the Scottish island of Islay.

But, trying to return to the present, in Douglas, the capital that is home to more than a quarter of the population of the island, still works, but basically in summer, horse-drawn trams running along the seafront of the city. Douglas was once guarded by the Tower of Refuge in Saint Mary's Rock, off the harbour entrance and currently only refuge of cormorants and gulls. Another small anachronism starts off from the Victorian railway station: a steam locomotive which connects the city with Port Erin, about twelve miles. The shops in the city lines in the pedestrian street, the Strand. Also some of the pubs profusely decorated with photographs of the Trophy, and a few restaurants, before arriving to the Gaiety Theatre, a local institution.

The north of the island is a great plain where there are the parishes of Maughold, Saint Andreas, Bride, Jurby and Kirk Michael. In their churches are preserved numerous copies of Celtic crosses and Norman carved tombstones. The centre is dominated by Mount Snaefell peak, easily reached by a rack railway. They said from its 2100 feet high six kingdoms can be seen: the Isle of Man, England, Scotland, Ireland, Wales and the heavens.

In the four houses that make up Saint John's city is the Tynwald, the oldest parliament in the world if the Icelanders do not say otherwise. The name comes from the ancient word Þingvellir Norman, by place of assembly. The mound where the pole sits with Manx flag was probably a Bronze Age burial site. Next are ancient tombs of the same kind. Here Vikings held meetings to arrange its laws and its government and assume that from here the destinies of the Kingdom of Man and the Isles were lead. The King, as the governor does today, sat on top of the mound facing east. Beside him his barons and Bishop. Before him the Deemsters, judges and high-ranking officers. In the lower platforms Keys or the twenty major clerics and yeomen or sheriffs. The meeting was convened at the summer solstice, June 24. After the change of the calendar in 1752, it has gone to meet on July 5. Now held a solemn ceremonial session of the House of Keys, the island's parliament.

Heading west coast is reached soon, there are no large distances. There is Peel's, the third city, guarded by the castle that rises off the port on the island of Saint Patrick. According to tradition is where the saint landed to Christianize the island. So without further ado, here were built a chapel and a monastery. In the eleventh century the Norwegian king Magnus Barefoot, aka Magnus III Olafsson, decided to replace religious facilities for these ruins and build a castle. Today there are other magnificent ruins that look like a walled golf yard. In the grounds are the remains of Saint Patrick chapel and Saint German's Cathedral, a circular watch tower and medieval and sixteenth century military constructions from which there’s a good sight of the city and its small port. The other island’s castle is, of course, in Castletown, the ancient capital. It’s named Castle Rushen. Dates from the late twelfth century and has been beautifully preserved near the Old House of Keys, former Manx government headquarters, and no far the old grammar school, originally an ancient XI century chapel has been transformed into a small museum.

There are several places near Castletown which deserve a detour to have a look. In the small village of Ballasalla are the remains of Rushen Abbey, founded in 1134 by King Olaf I, and should be considerably important. The Chronicle Regum Mannie et Insularum was written within its walls, devoid of roof today. Since 1998 the Manx National Heritage has developed archaeological excavations and conditioning the place to visit. Very near the abbey, the Silverburn river is crossed by the Monks Bridge, built in 1134 with a broad enough to allow the passage of cavalry burden. A little further down, beside a ford over the river is a warning sign alerting of the presence of ducks in the area. On town outskirts, not fairly marked, are the remains of a ninth century Viking burial shaped as a reversed drakkar. In the excavations made at the site in 1945 were found beside the richly decorated Viking settler body, the corpse of his wife, and the remains of his horse and his cattle. On Saint Michael island are the ruins of a chapel and the circular fort of Derby, which once was part of the Henry VIII coastal defence system. It  was replaced in 1645 during the English Civil War. In the XVIII was used as a lighthouse. 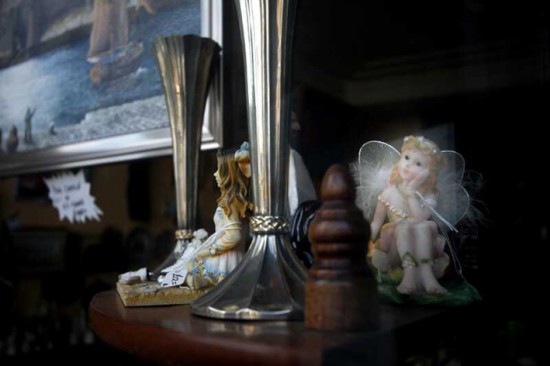 Returning to the capital, Douglas, must be crossed a small bridge over a creek, barely noticeable while driving. Ballona Bridge is better known, and actually marked as Fairy Bridge. If Celtic world is drenched in mythology about other people, the fact is even more noticeable in Man. They say to greet Themselves (as they themselves refer to them themselves) when crossing a bridge. Themselves are fairies, are the little people who live away from human eyes: Ben-varreys and Bugganes, Dooinney-oies and Moddey dhoos, Glashtins and Lhiannan-Shees, Tarroo-ushteys. Some people believe in them, or maybe, just in case, they leave flowers and stuffed animals, or notes attached requesting wishes to trees alongside some bewitched bridges.

In Man there are small pools that seem to lead to other worlds away from this. These are the glens, small valleys that wind between the low hills of the island to deposit their waters from streams to the sea. To take a walk in them is delicious. Sometimes the light filters through the tops of the beech trees forming strokes that can be played with the hands. The water in streams seems to lose volume dematerialized over time while sliding between bunches of fresh clovers.

When crossing the small bridges to ford them I Thought in fairies and, just in case, I murmured: Good morning young ladies!. I hope I have not offended any male Fenoderee. 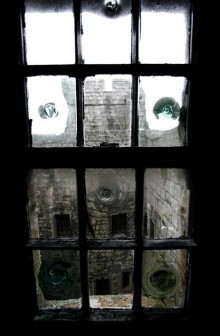