In the years when the Dodecanese was administered by Italy, two architects landed on the island of Leros with the task of developing a new city to house the personnel and services of the naval base. Those were the heydays of rationalist architecture and Art Deco. But also those of Mussolini fascism.

San Giorgio cruiser sailors annexed Leros to Italy on May 12, 1912, when the Italian-Turkish war had not yet ended. The Italians decided to create there their largest naval base in the Aegean. The island has one of the best natural harbours in the Mediterranean, along with those of Malta and Minorca; the bay is deep, about two miles where the Regia Marina settled two destroyers, two torpedo boats and four submarines. Leros is an intermediate island in the eastern Aegean, occupies about 53 km2 off Turkish coast. There the Romans from the east, Byzantium, built a magnificent fortress that watches over the waters to the east of the island. That’s what left of their long stay. It hangs over the quiet villages of Platanos and Aghia Maria; later, the Order of the Hospital extended the walls.

In the 1920s, the Italians thought necessary to create a new city to house workers and officers assigned to the naval base. Thus was created, ex-novo, Porto Lago, today called in Greek Lakki. Currently there are about two thousand residents, when the city was designed for seven thousand. The name was given after who was islands governor between 1922 and 1936, Mario Lago. Triestiner Rodolfo Petracco and Bolognese Armando Bernabiti were the main architects in charge of planning the new city. The plant forms a semicircle cut by the sea line and topped with a large square at each end; the streets, wide, form an orthogonal layout divided into areas with different uses: public administration, school, sports, commercial, leisure or residential buildings. The administration services were located on the seafront, the shopping area in a second term and the residences beside the road arch that delimited the city.

In short, the city became one of the best examples of Italian Rationalism, in which the influence of Art Deco, prevailing in Europe and in the United States and the Modern Movement, was not lacking. In fact, the futuristic current would drink from the sources of the very rationalism. Someone has suggested that Porto Lago could have served as an inspiration for a surrealist painting by Giorgio de Chirico or some film scene by Fellini. Architect Anthony Antoniades, in Italian Architecture in the Dodecanese: A Preliminary Assessment, stated “whereas Italian rationalist towns were rigid, monotonous and unjustifiably monumental, the architecture of Lakki is diverse, inclusive and imaginative”. In Lakki, the forms create a constant play between symmetry and asymmetry, between rectangular and circular shapes, all with futuristic air sharp lines. 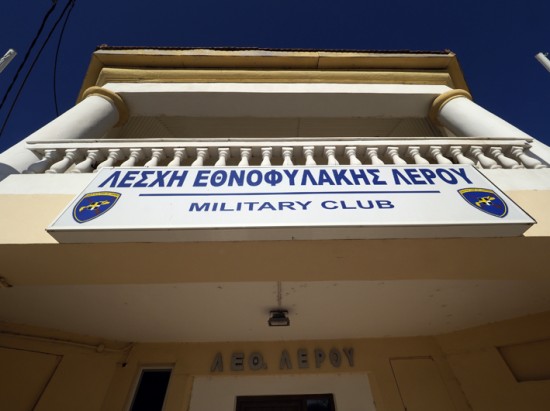 On the very sea line, next to Plotarchou Square, stay one of the most relevant buildings, it’s the Cinema-Theatre that looks like with its curved bow, a bullet train heading to the Aegean. It has been recently renovated becoming an open-air movie theatre; the entrance to the hall opens in that bow, protected by a concrete pergola below a large window in the shape of embrasure. The installation was proposed by the governor himself, who suggested to Mussolini the need to create entertainment facilities: “A cinema and a small hotel – café would liven up the center of the new city, attract and bring in contact military personnel of various corps with civilians, and make the buildings profitable”. Next to it is the old one, and with a very horizontal design, Albergo Roma, officially inaugurated on April 21, 1938 and that later would be the Hotel Leros Palace that closed at the end of the seventies. The hotel had nineteen rooms with 29 beds, six bathrooms, restaurant, reading room and billiards. It was basically used to accommodate family members of the staff employed at the naval base.

In the next block is the covered market, for some the most prominent building of the first stage of the Modern Movement, with an atrium in the shape of a circular disk that looks like a flying saucer. Behind is the clock tower, built with concrete and brick; its four faces indicate different hours and its parallelepiped structure contrasts with the circle of the inner court where are the shops and almost completely abandoned today. On the first floor was the Italian High School and in the tower the municipality dependencies.

The former Casa del Fascio and the town hall hosted the party headquarters during the fascist period, such as the Casa del Balilla, headquarters of the fascist youths. The Casa del Fascio was also known as the house of the Littorio or palazzo Littorio. In imperial Rome, the littorio was the bearer of the bundle of thirty rods tied with a ribbon, forming a cylinder that ties an axe, a symbol that Italian fascism would adopt.

San Francisco Church, now dedicated to Aghios Nikolaos, is a symmetrical construction centred on the simple structure of the bell tower, someone has defined it closer to the Bauhaus than to Mamma Mia; the bell tower is a hollow structure that holds a metal crucifix and two bells inside.

The municipal school, east of the promenade, continues to host students. Still in operation, it has wide porches in a style that hybridizes modern architecture with Byzantine elements, although it is fundamentally rationalistic. There are many other buildings, the municipal asylum, with a rhythmic repetition of high arcades, the cafeteria in front of the hotel, and numerous private houses, all different, in an experimentation of different forms. Six two-storey housing complexes were created, housing four apartments each one. Two additional complexes were built in 1940. 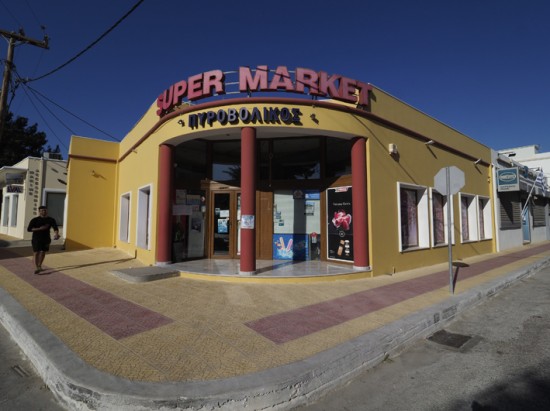 The island gained unwanted fame during the colonel's dictatorship, between 1967 and 1974, when hangars, warehouses and other units of the former Italian naval base were reused as a detention centre for political prisoners. These facilities were used again for the National Sanatorium of Leros, a hospital for the mentally ill who shared the bad reputation because the ill-treatment caused to the inmates. The scandal broke out in 1989 and, since then, the number of inmates has been significantly reduced although a 2009 report by the BBC suggested that the improvements had not been enough.

The Italian rationalist school left plenty of architecture examples on other Dodecanese islands, works by Giovanni Muzio, Marcello Piacentini and Giuseppe Terragni, especially in the city of Rhodes and in Kos. In Rhodes stand out the Governor's residence, the current Casino, the Neo-Chorio villa, the Kalitea baths or the theatre and the market; in Kos the offices of the port, the Stadium, the courts, the Archaeological Museum, the old house of the fascio and the market; in Patmos the buildings of the port and, further away, there have been some notable buildings in Libya and in Asmara, the capital of the former colony of Abyssinia, today Eritrea. 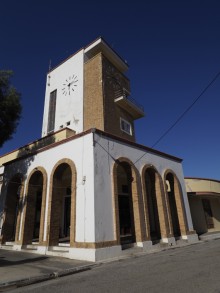