The great Enrico Caruso acted that night. He sang Don Jose in the representation of Bizet‘s Carmen in the Grand Opera House of San Francisco. I don’t want to set up wrong links, but about six hours later, on the April 18, 1906, morning, the city collapsed. Literally. The centre gave way and sank more than a meter. For forty seconds the San Andreas Fault moved along all its length.

The worst was not the destruction caused by the earthquake, but the aftermath fire. Eighty percent of the city was devastated. The official death toll given 478 deaths, although, actually, numbers were six times higher.

Of course with considerable limitations, San Francisco Daily News was the only newspaper printed that day. Hundreds Dead was the three columns headline. It followed: Dead Mechanical identified in Hall: Max Fenner, police, died in the collapse of Essex Hotel. The niece of detective Dillon, died on 6th Street at the junction with Shipley. John Whaley and son killed by falling home Steines Street and Avenue Germania ... 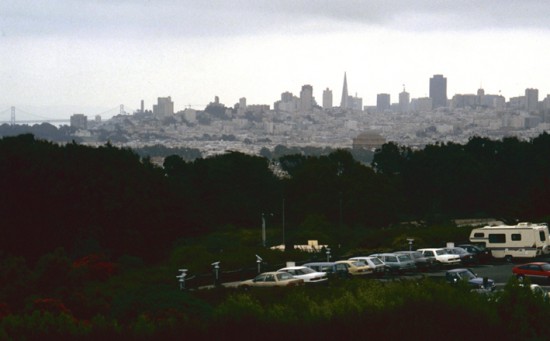 Jack London, already recognized writer at the time, was special correspondent for Collier’s magazine. London published The Story of an Eyewitness on May 5, where he wrote: Not in history has a modern imperial city been so completely destroyed. San Francisco is gone. Nothing remains of it but memories and a fringe of dwelling-houses on its outskirts.

Years later, in the twentieth century sixties, was built in Brooklyn, New York, an amusement park ride called Freedomland, there, one of their main attractions retrieved sensations felt that tragic morning in San Francisco. I think there was something alike, updated but in smaller size in the Pacific city, at Pier 39, near Fisherman's Wharf. A fairground attraction.

I stayed in a den for students in Leavenworth with Turk street, near the Town Hall. Just in the core of the city. But really a den. When I wake up in the morning I poked my head out the window. Down in the phone booth, three boys assaulted at knifepoint a grandfather. Just in the core.

After breakfast I walked down Market to the north, in search of my particular own Mecca. I passed by Powell street, where Cable Car lines up to climb the hill. Once probably it was a convenient transportation, comfortable and useful. Now it’s another tourist attraction. I turned on Columbus Avenue and headed toward North Beach neighbourhood. My Mecca was in 261, at the crossing with Broadway. It's a bookstore: City Lights Books.

Built upon the ruins of a building affected by the 1906 earthquake, the Artigues Building, a three stories simple construction, hosted the bookstore founded in 1953 by poet Lawrence Ferlinghetti. Additionally City Lights also worked as editorial, publishing, in pocket collections, works of authors from the Bay Area, as Philip Lamantia, Robert Duncan or the same Ferlinghetti. Finally City Lights was put in the spotlight when, in 1956, released Howl and Other Poems  by poet Allen Ginsberg. Howl became immediately a statement of principles of the Beat Generation,  when they hang around the city along the fifties. 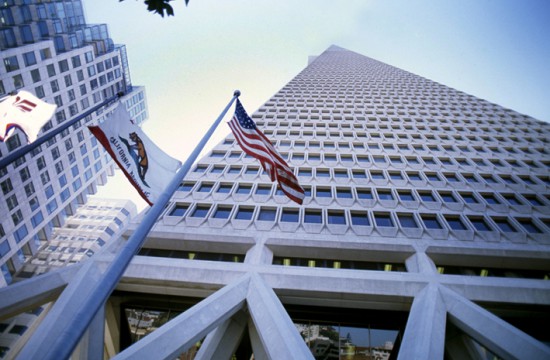 Four or five blocks south of Russian Hill and the famous, winding Lombard Street, is Russell street. Just Beat Generation mythomaniacs may have some interest. Here number 29 house was hired, between 1951 and 1952, by writer Neal Cassady, raids companion and co-star Jack Kerouac novels On the Road and Dharma Bums. Along that days Kerouac wrote fragments of them. Recently a dead end next to Ferlinghetti's bookstore, formerly Adler Alley, has been renamed in honour of the writer. Now is Jack Kerouac’s Alley.

West of North Beach is another landmark: Haight Ashbury, where in 1967 broke the Summer of Love. The Mamas & The Papas requested in his famous single San Francisco to come to town with flowers in the hair, in reference to the imminent Monterey Pop Festival. Jefferson Airplane, Grateful Dead, Janis Joplin and her band Big Brother and the Holding Company moved into the neighbourhood.

More than forty years have gone since the Summer of Love. Now there is no way to find reasonably priced housing in the old hippie quarter. 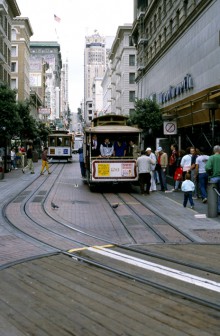 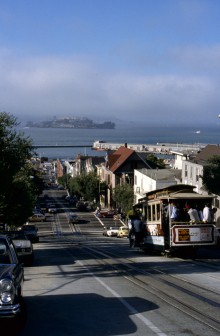