Homepage > From Karachi to Varanasi

From Karachi to Varanasi

I let know to the customs official I had to overnight in the country and knowing the article was forbidden I should keep it in the office to retrieve it when I leave. I show him the bottle of blended and by his expression seemed to have seen the devil in person. He looked down at the bottle, tried to close his eyes without blinking and nervously entered and exited the small room to tell me that better I should go to talk with another official in a near office. I followed his friendly instructions and went there bottle in hand.

The second officer behaved even scarier than the first. He didn’t run because he was stacked by fear. Nervous yet kindly showed me the way to find the customs officer in charge for these slippery issues. The process was repeated twice more. Along the time I had spent on the useless management I could have finished the contents of the bottle. Even it was a cheap blended bought in Dubai duty free. Last visited official suggested, also kindly, the correct office address: Once visited most of the Karachi airport it turned out to be the first office visited. We were like old friends. Final and wisely suggested keeping the bottle in the backpack and go as if nothing had happened. 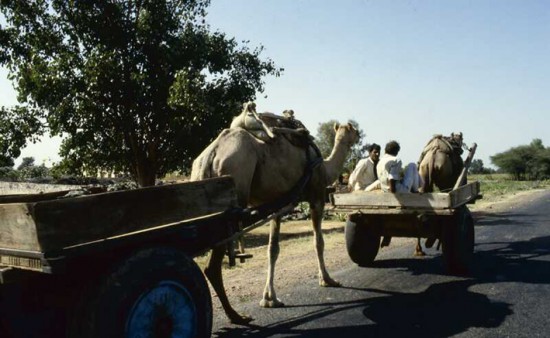 Beyond erratic whisky episode, and beyond the Thar Desert, Rajasthan is extended, the land of the Rajputs, the thirty-six clans of the sons of kings, descendants of Rama and Krishna, who once ruled the north of India. On their road run all types of vehicles including precarious charts pulled by dromedaries.

Jaipur, the pink skin city appears dyed with saffron and spices, enclosed behind a wall accessible by seven gates. Jaipur is a relatively new city. The Jai Singh II ordered the building in 1727, during the heydays of the Mughal Empire. Wise Prince, conceived the city as a vibrant entity. Its seven gates symbolize the five senses, the spirit and the person. In the centre of the walled enclosure stands the City Palace, a vast array of rooms, gardens, courtyards and temples. Nearby is the Hawa Mahal, the Palace of the Winds. Its elegant and unique facade, also pink, is a curious blend of Hindu and Mughal architectural elements, full of half-domes and more than five hundred windows, through whose eyes were hidden curious and inscrutable Rajput princesses gazes. In front, beside the Johari Bazaar, pedal rickshaws are waiting patiently travellers who carry on.

Jai Singh II was also fond of astronomy, he built, in Delhi, Mathura, Ujjair, Benarés and Jaipur, several complex astronomical observatories to measure the passage of time, the traffic and the position of the stars and to predict eclipses. Like the others, the Jantar Mantar in Jaipur is built in masonry with some elements mounted in bronze. The Samrat Yantra is a huge gnomon ninety eight feet high to measure time with an accuracy of seconds; the Dakshino Bhitti Yantra is a double quadrant used to evaluate the distance of stars and planets; the Yantra Shasthamsa has two graduate arches working as a sextant.

About six miles from the city a palace quietly reflect its refined domes and battlements on Lake Maotha surface. Jal Mahal Palace is right in the centre, isolated from the shores. However it is on one of the banks where the impressive fortified palace of Amber stands. Lakeside ramp ascends to the fortress. Caparisoned elephants carrying on their backs the visitors. Crossing the Suraj Pol, the gate of the Sun to access Jalab Chowk, a large courtyard surrounded by barracks. Descending the elephant at Singha Pol, the Lion's Gate, is the entrance to the palace, to Diwn-i-Am, or the main courtroom. The image of Ganesh, the elephant god, is on the threshold of the door that bears his name. The sixteenth century stronghold welcomed royalty before the pink city of Jaipur was founded.

The city of Agra, beside the rushing waters of the river Yamuna was already cited in the Mahabharata as Agrabana. Ptolemy in his Geography called it Agara, but not really highlighted until the sixteenth century when Afghan origin Lodi dynasty chose the city instead to reside in Delhi. Own light shine during the Mughal Empire, under the descendants of Genghis Khan and Tamerlane. With the fifth of them, Shah Jahan, become a glittering jewel.

In Agra there’s no eyes but for the Taj Mahal, the huge marble mausoleum that Shah Jahan dedicated to his wife Mumtaz Mahal when she died. Twenty thousand people were employed for seventeen years to build the monument. Masons came from Delhi and Kandahar, Lahore and Samarkand, calligraphers from Shiraz and Baghdad, the finest carvers from Bukhara and Kashmir. Part of the design is attributed to the Venetian Geronimo Veroneo, architecture to the  disciples of the great Turkish architect Sinan.

Verses of the Koran are intertwined with filigree and floral arabesques with embedded rhinestones. Water acts as a mirror doubling the volume of white marble flanked by four stylized minarets. In the centre of all is the octagonal burial chamber beneath the seventy nine feet high dome which welcomes the coffins of the emperor and his young wife. 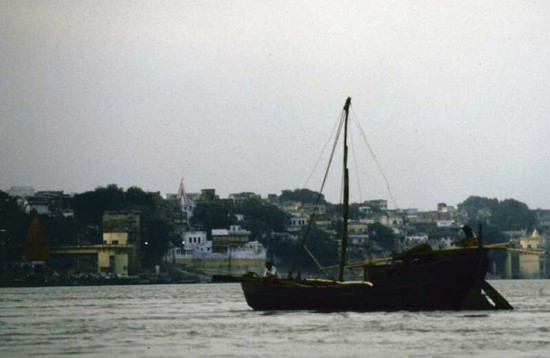 The Yamuna finish pouring its waters into the Ganges in Allahabad, before arriving in Varanasi, the most ancient and sacred city of India. Varuna and Asi rivers are found here, along the Ganges, hence the name of the city, Varanasi. The river is its heart and soul. In its waters are poured hopes of purification and end of cycle in the cremations on the ghats, the steps leading to the sacred waters, where there's also fishing and freight traffic. From Dasashvamedha Ghat, on the upper stairs, the statues of the goddesses Ganga, Yamuna and Saraswati, personifications of the three rivers, watch the bathers from their niches. Ghats and palaces lean in the evening their languid shadows on the swollen waters packed with believers. 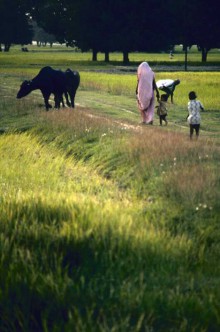 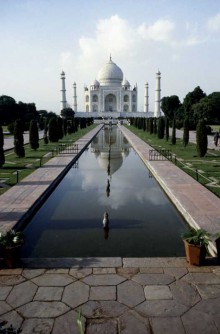 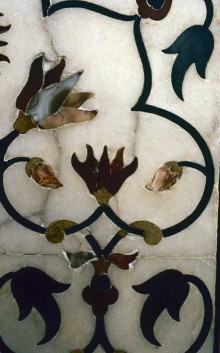