Traditional Hawaiian cosmogony implied a close relationship between divine, human and nature matters. This meant strict codes of conduct, the kapu, taboo, governing uses and behaviour between different social classes. Breaking kapu could expose the transgressor to the most severe punishments. Taboo violators were prosecuted and only had two choices: a likely death sentence or to flee in pursue of any of the Pu'uhonua, the places of refuge. 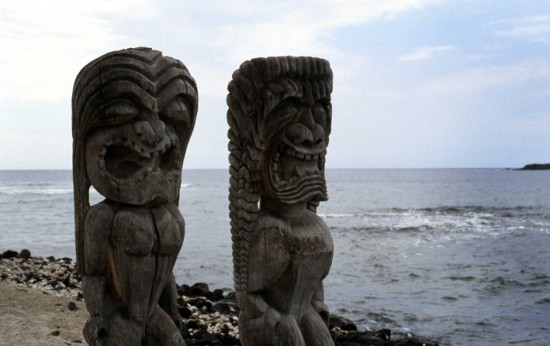 Once achieved, whatever the fault committed, were exempt from retaliation and no rival, not even a king or a great chief was entitled to continue with the pursuit. Pu'uhonua reached, the fugitive immediately gave thanks to the place deity guardian. Remained there a few days and once forgiven, could return safely home.

In wartime, cities of refuge also offered asylum to defeated fighters even if they were fleeing from battle. Up to ten of these shelters existed on Hawaii Big Island. The largest, Pu'uhonua O Honaunau, is at Kiilae Bay, in the west. It is believed that construction began in the fifteenth century, when king of Kona 'Ehu-kai-malino ruled.

Since 1955 Pu'uhonua O Honaunau is part of the National Historic Park, which has preserved some of the structures, others have been rebuilt. Honaunau shelter is surrounded by a pahoehoe solid block wall. Pahoehoe is a kind of basaltic lava from Mauna Loa washes. In the complex, the main building is the Hale O Keawe heiau, the temple where Hawaiian kings and nobles bones lie. Mana, the ancestor’s spiritual strength, provided greater protection, holiness and spiritual order to the place. Heiau is closely watched over by the fierce look of several Ki'I figures, the carved wooden carvings representing the gods.

Lahaina, on the neighbouring island of Maui, was once, also, a city of shelter. But then for whaling crews that transformed the town, between 1825 and 1860, in one of the main bases of this industry in the whole Pacific. Clashes with the missionaries and the native population were common. Today, all of that, along with whale bones, fishing tools and other miscellaneous belongs to the memory that is kept alive in the Whaler's Village Museum. 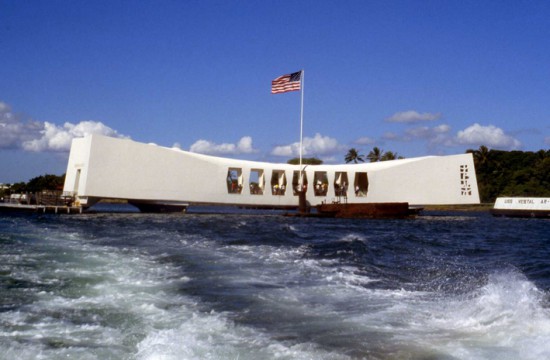 Another main shelter, now for the North Pacific U.S. fleet, was the port of the pearls, Pearl Harbour. Although in December 7, 1941, early morning, the Imperial Japanese Navy had a different point of view of the matter. Isoroku Yamamoto left an indelible memory. Roosevelt immediately declared war. Four days later, Hitler and Mussolini declared it to the United States. Someone asked the Duce if he had ever seen a New York phone book.

Today, Pearl Harbour shelters USS Arizona wreckage, now a memorial to recall the 1177 crew members who perished in the Japanese raid. Their names are listed on a big board in the hall built on the hull. Over water stands still one of the gun turrets. 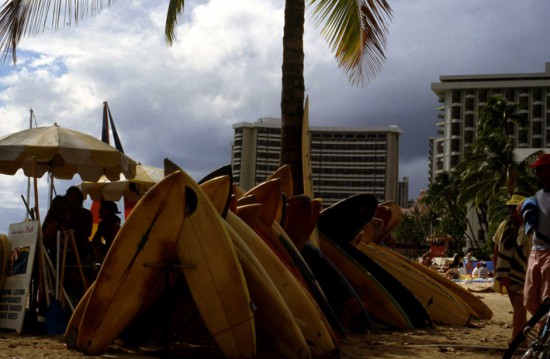 Anyway, the best shelter Hawaii Islands coasts offers, are undoubtedly its beaches. For anyone who likes surfing Oahu has some of the best waves in the world at some of the best beaches in the world: North Shore and Waimea. I was in the latter. I do not use to surf, but I wanted to see the scenic waters. That day there were no waves. 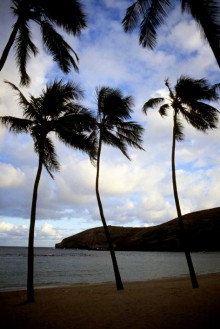 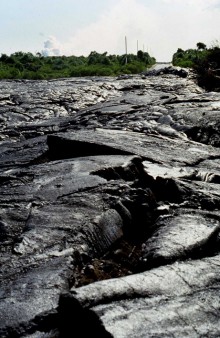