Homepage > In the Land of Foie Gras

In the Land of Foie Gras

Dordogne matches roughly with the old Perigord province in France's Aquitaine. It deserves the visit for its gentle landscapes cut by their placid rivers, for its rich and varied cuisine and wines despite not being recognized as those of Bordeaux or Burgundy. Also for its many castles, one of them, Milandes, was purchased by Josephine Baker for her twelve adopted children. 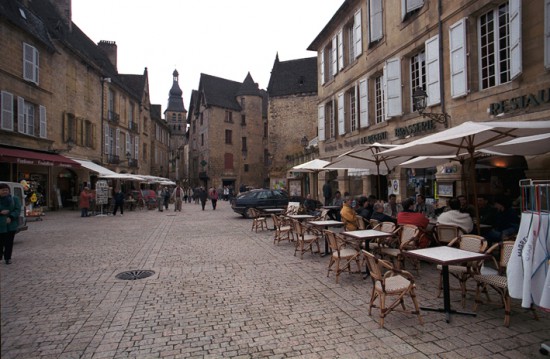 Its largest cities are Bergerac and Perigueux, this latter is the department’s capital; however Sarlat-la-Caneda, in the heart of Black Perigord, has a special charm and retains superb medieval heritage. Sarlat was the first French city to benefit from the 1962 Malraux Act which protected old medieval villages and other landmarks establishing also strict restoration criteria.

Sarlat is split by the Rue de la République, one of the few streets open to traffic in downtown. And not always, as on Saturday’s market it’s occupied by the stalls and the myriad of onlookers swarming around. By the rue de Magnanat or parallel rue des Consuls will be reached place de la Liberté – Freedom Square –, authentic main space seat of the town hall and where the market is also held. Aside is the place du Marché des Oies, an extension of the market. The shops are full of region specialties, poultry pates and rillettes in numerous varieties and of course his majesty the foie gras. Duck or goose, macerated or mi-cuit, canned or into a glass pot and in any of the many brands made by local producers. Neither missing the prized black truffles in a major producing area throughout France, mushrooms and chestnuts, and regional wines: powerful Bergerac, sweetly fruity Monbazillac or velvety Pécharmant.

Near the place de la Liberté stands Sainte Marie church, converted into a covered market by architect Jean Nouvel, son of Sarlat. Saint Sacerdos church is not far away. Behind is the old lanterne des morts, lantern of the dead, which is said to be used to guide the deceased in the dark. The tower is also called Saint Bernard and is occasionally used as a funerary chapel. Beside can still be seen some ancient stone sarcophagus adjacent to the cathedral cemetery. The tower was built to commemorate the return of the Saint from the Crusades in 1147. Another unique building is the Maison de la Boétie in Peyrou square where lived the humanist writer and son of the city, Étienne de La Boétie.

The environment provided by the old town has been used often for filming; it is not surprising to find in the list Jeanne d' Arc by Luc Besson, La Fille d'Artagnan by Bertrand Tavernier or Ridley Scott’s Duelistsf.

Sarlat, lacking any extraordinary fortification was well protected by numerous castles in the surrounding area. Just following the course of the Dordogne are Beynac and Castelnaud.

Beynac is another beautiful town that aligns their houses along the river and is overlooked by the namesake castle on the hill that sharply falls almost above. Ascend is made through narrow and steep streets up to the neighbouring district bearing its name in Occitan: Barri del Cap de Baïnac. The walls of the castle that was once conquered by Richard the Lionheart glazed windows reflect the sunset light. Inside, in the restored halls, armours want to attest the sufferings of a region in the Hundred Years War between French and English as well as the religious wars against Cathars. Through the window grid, looking down, there’s the river flowing to the once enemy neighbour, Castelnaud Castle, which does not mean anything else than the new castle. Castelnaud was built in the twelfth century. After being destroyed by Simon de Montfort during the Albigensian Crusade was recognized the sovereignty of the Duke of Aquitaine, Henry III of England, so it remained ruled by Britain until 1442, the year that was recovered by France. Abandoned after the 1789 Revolution it would not be taken into account until 1967 when restoration works began. Today it houses the Musée de la Guerre au Moyen Âge, the museum of medieval warfare where have been reconstructed catapults and other period weapons. 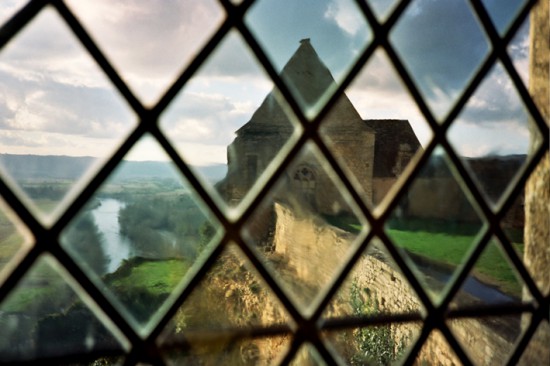 Following the Dordogne backwaters, the next mandatory stop is Marqueyssac, on a plateau where there are elaborate gardens inspired by Italian nineteenth century romantic parks to its owner, Julien de Cerval. From the Belvédère viewpoint the eye can reach the nearby towns overlooking the river: Fayrac, Beynac, La Roque Gageac. The latter has a troglodyte fortifications and the Manoir de Tarde along the river. Domme, as La Roque Gageac, belongs to Les Plus Beaux Villages de France, the association of the most beautiful towns in France, and there’s a powerful reason. Its beautiful streets that retain a medieval air throughout the whole town are extremely nice. Domme was founded in 1281 on an easily defensible promontory and closed off a cliff about seven hundred feet above the valley of the Dordogne river. The views from the viewpoint of the Barre are outstanding.

Further east but still on the Dordogne, Chateau de Fenelon is another feudal complex in the region but is remarkably well preserved and looks like a mixture of a large mansion with a fortress. François de Salignac de la Mothe Fenelon was born here on August 6, 1651. He was Cambrai archbishop and in 1699 published the Aventures de Télémaque, a work that criticized Louis XVI and would cause him some troubles. 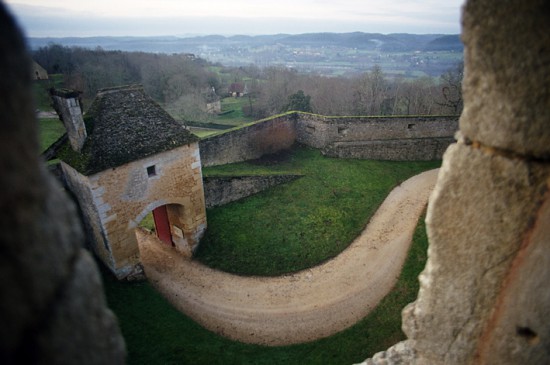 Along the Vézère, a tributary of the Dordogne, regional examples of Paleolithic continue. Alongside Peyzac le Moustier is La Roque Saint Christophe. On the cliffs that overlook the river can be seen just in the distance a strip that looks like to cut them by the half. Actually are the cave dwellings that were inhabited from prehistoric times to the Middle Ages.

The Vézère river meets the Laurence where lays Montignac, another small town that retains narrow medieval streets and houses with walls of wooden beams. The castle, destroyed in the nineteenth century, kept one of the fords of the river.

Although already off the Perigord lands, but close enough, Rocamadour is in the Haute Quercy in the Lot department. This town was a major centre of pilgrimage in the Middle Ages. On the esplanade which is the middle of a cliff about five hundred feet are concentrated temples and shrines: Saint Saveur Basilica, Saint Amadour crypt, the chapels of Sainte Anne, Saint Blaise, Saint Jean Baptiste and Saint Michel and the Church of Notre Dame, where is the Black Madonna. Pilgrims who came to contemplate the image amounted on their knees the 216 steps leading to the shrine and once there deposited offerings. In Rocamadour is also produced an excellent goat cheese that has been recognized by its designation of origin. 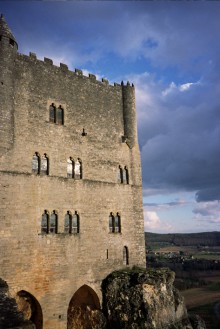 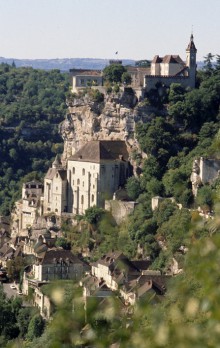