Eons and eons ago, when even the memory could not exist, heaven and earth, sun and moon, plants, animals, mountains and valleys, laws and languages ​​and beings were created in the Dreamtime. Baiame lay asleep, and in his dream he dreamed of life as it should be in the past, at present and in the future. So much he shake up he waked him assistants from a time, space and dimension previous and different. They were Nungeene, Punjel and Yhi.

According to Australian Aboriginal mythology also the topography of the Earth was created in the Dreamtime. So the Rainbow Snake created, crawling, valleys and rivers, and in its quiet time, created lakes. It was the Dreamtime.

The off-road start banding, first slightly and progressively harder. I saw the driver still had his hands on the wheel but his eyes were narrowing deeply. I woke up him immediately, but to keep the car on the road was already impossible. The Land Rover and the trailer ended up crashed in the ditch. Fortunately no one was hurt, but some suitcases, backpacks and driver employment were thrown away. 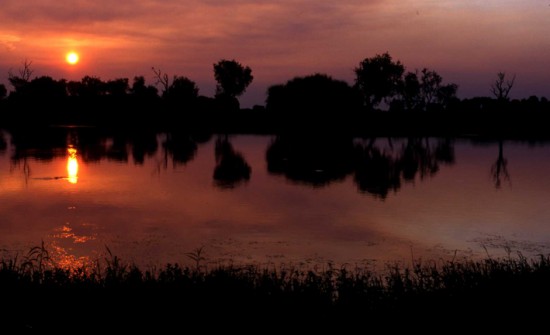 Jabiru was near. Jabiru, being not, is like the front door of Kakadu National Park, the largest protected natural area across Australia, more than twenty thousand square kilometres. Kakadu is north, far north, near Arnhem Land. Home for forty thousand years of Aboriginal clans who speak various languages ​​Kunwinjku, Gun djeihmi and Jawoyn. These manage, together with the state, the National Park.

Northern Australia lies between the Tropic of Capricorn and Equator. Needless to say, it's hot, very hot. For Western souls there are in Kakadu two seasons. Between November and April it’s wet, and between May and October dry. Natives who inhabit the region distinguish six unpronounceable names fro them: Gunumeleng, Gudjewg, Bang-Gerreng, Yegge, Gurrung and Wurrgeng shading more precisely the differences between wet and dry.

The complex social structures that organize and articulate the lives of Aboriginal people with ceremonies involving their ancestral beings and the Dreamtime are also reflected in the art. Ancestrally, paintings have been held outdoors on the rock with techniques and styles that recall X-rays effects. They are present in the National Park, mainly in two specific locations: Ubirr and Nourlangie. Some as old as the Dreamtime represent legendary figures. In Nourlangie Rock, in Aubangbang gallery, is represented Namondjok ancestry, and to his right, Namarrgon, the Ray Man, responsible for the wet season violent storms. Namondjok lives in the arch of heaven and can only be seen at night, when it appears in a dark section of the Milky Way.

Near these galleries it’s easy to ascend to Gunwarddehwardde viewpoint, from where there are excellent views of the region and Nourlangie rock itself.

To the south, further south, are Jim Jim Falls and Twin Falls. Both are only accessible during the dry season, and yet, last mile to reach Jim Jim must be swim upriver. Once there two rewards are waiting: first one is the sight of the lake at the  falls bottom, but honestly, having swum a mile, the first will is not exactly to have a bath; the second is provided by the feeling to have reached the place after deliberately ignore the sign at the of the river entrance. The sign warned that freshwater crocodiles, freshies, have anytime been watched in those waters. Freshies, are considered less aggressive and timid than salties, crocodiles from saltwater estuary. They also inhabit other places in Southeast Asia and New Guinea, are aggressive and less considered. Sometimes occupy unexpected spaces such as billabongs, ponds formed in the dry season when water disappears from some rivers. Yellow Waters, where the sunsets are heavenly and of changing colours, is one of their shelters. It’s not a regular element of their diet, but more than a tourist has finished their holidays in the stomach of a saltie, especially lovers of baths in the light of the moon in the warm and placid billabong waters. 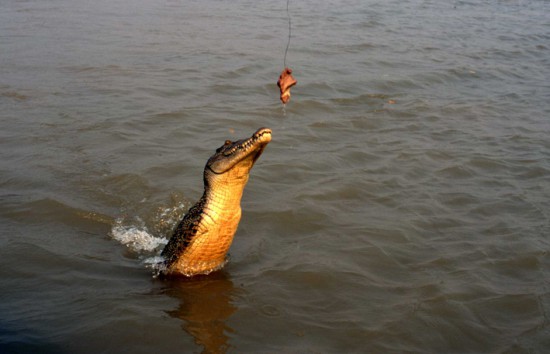 Salties also roams in the Alligator Rivers, toponomastic forces, particularly in the broader South Alligator River, where the smallest morsel of proteins makes them jump out of the water as if they were trained dolphins.

I left the baths to come back to Darwin, Northern Territory main city. Its beaches are not recommended. Salties like sunbathing on the sand. And, to me, the sun bothers. 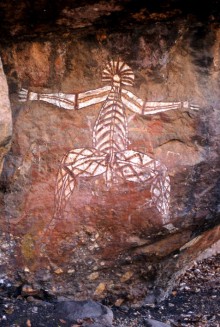 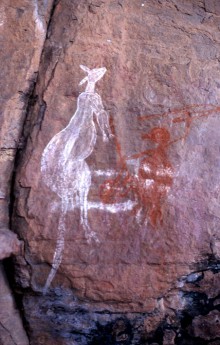