Lewis is the largest of the Hebrides Islands, west of Scotland and, even to the west of it, in the Bay of Uig, a curious treasure was found in 1831. Seventy-eight outstanding 12th century chess pieces carved in ivory. 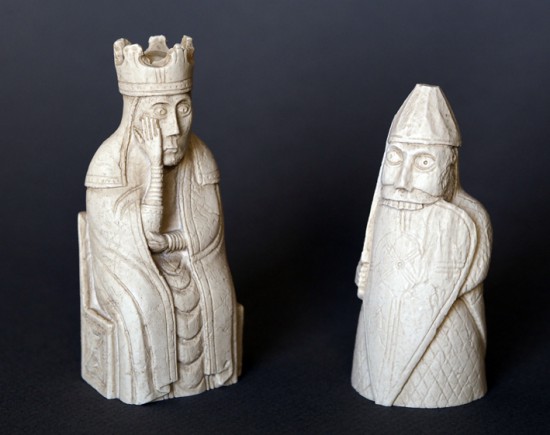 In fact, they are ninety-three pieces, since, in addition to the figures, finely carved in walrus ivory and some in whalebone were found fourteen table-men and a belt buckle that should have been used to close a bag where they could be stored. It is believed that the pieces were made, between the years 1150 and 1200, in Nidaros, now Trondheim, Norway, with ivory from the trade with Greenland. Nidaros was in the Middle Ages a significant commercial and religious centre and had an important relationship with settlements in Scotland and with the Kingdom of Man and the Islands. A possible reason why the pieces ended up buried in the Isle of Lewis. Discovery circumstances have been more or less hidden because maybe there was not much interest in transcending the details. It seems that the spot of the finding must have been between the places known as Mhangarstadh, Ardroil, and Timsgearraidh, in the sands of Uig Beach.

It has always been believed, even though there is no evidence, that the treasure was found by a man named Malcolm MacLeod, who lived in Peighinn Dhomhnuill. Another story tells that, in the 18th century, An Gille Ruadh, Gillie the red, a servant of a Baille na Cille official named MacKenzie, followed a sailor who had landed loaded with a bag and befriended him with the intention of murder him to steal it. Years later he would confess the crime before being executed for other crimes in Stornoway. 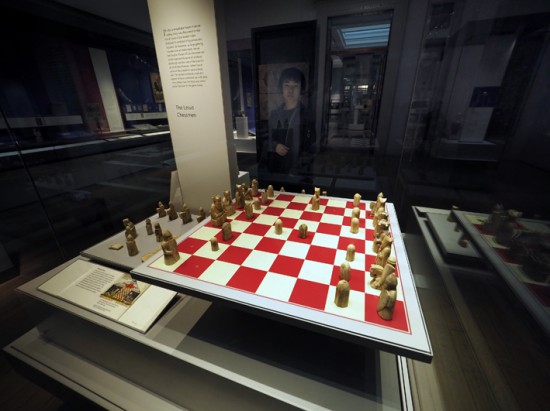 What is known with certainty is the name of Roderick Ririe, who had the hoard in his possession before selling it to an Edinburgh merchant named J.A. Forrest, as announced by The Scotsman newspaper on June 29, 1831. These are the pieces that would be acquired by the British Museum, but previously, Ririe had sold another ten to collector Charles Kirkpatrick Sharpe, keep today in the National Museum of Scotland.

Probably the pieces correspond to several complete sets, maybe four, as the number of pieces suggests. Pawns are the only carvings that do not represent human figures. Each piece measures between one to three inches in height, the smaller ones are the pawns and the higher the figurative ones. Eight of the 78, correspond to kings, there are also eight queens, sixteen bishops, fifteen knights, twelve rooks and pawns. There is not much to say about the pawns, there were found nineteen pieces in the form of a stela or cairn and they do not represent any human figure. Some elements had traces of red paint, which had to distinguish the pieces of each player. Most of the pieces, 67, can be seen in the British Museum in London, in room 42, the other eleven are deposited in the Royal Museum in Edinburgh. 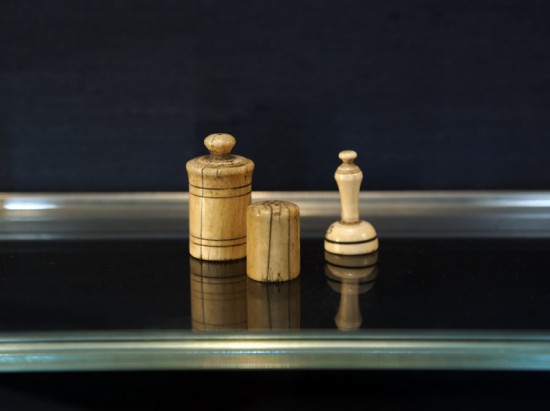 Kings’ pieces, wearing a tunic, crowned and bearded, are sitting, holding on their knees a sheathed sword. Not all are identical, there are two kings without beards. Everyone has a certain perplexity glance. Queens are also shown sitting on a throne, with crowns and a veil that covers their shoulders, the position is curious, with the left arm holding the right, which, in turn, holds the head, looks like to show a certain reflective expression or serene patience. There are some variants: in one of them the queen grabs a horn with the left hand, another, a handkerchief. Gaze seems lost, perhaps in the game. The backs of the thrones of the seated figures are decorated with finely carved details, vegetal, geometric and even animal motifs as dragons. Bishops wear chasubles and mitres, holding a crosier. Precisely the shape and the way to wear them is characteristic of century XII, what have helped to locate them in the time. There are also variants, some hold the crosier with one hand, others with both, one has a book, maybe a Bible, another seems to be blessing. The knights, with disproportionately small horses, are riders armed with a spear, sword and a shield, with beards and conical helmets with nose guards. The shields are comet shaped and each one decorated with different heraldic motifs. Rooks are represented, in the Lewis chess, by standing warriors protected by a shield and with a sword in hand. Some suggest the ferocious Viking warriors who were called berserkers, those who were thrown into combat as possessed because the hallucinogenic mushrooms that they consumed before going into battle. In the chess pieces the ferocity is shown with the teeth biting the shield. Heimskringla saga author, Snorri Sturluson, wrote in the year 1230: “the soldiers of Odin went forth to the combat without armour, raging like dogs or wolves, biting their shields, and in strength equal to furious bulls or bears”. Also in the saga, Sturluson describes a game played between King Cnut and Earl Urlf: “the King made a bad move and the Jarl then took a knight from him”.

Chess was originally devised as a strategy game, developed in India around the 6th century, and quickly spread to Persia and the nascent Islamic kingdoms that stretched across North Africa. The oldest known pieces are figurative shaped, they represent elements fighting in a symbolic battlefield. Formerly the bishop represented an elephant and instead rook was used a chariot.

In the British Museum, next to the Lewis Chess, are also shown some pieces belonging to ancient games coming from Mansura, in present-day Pakistan, from Nigeria or from Egypt. 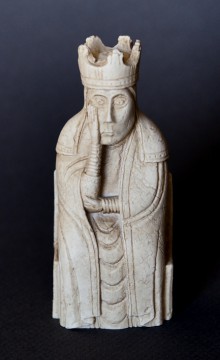 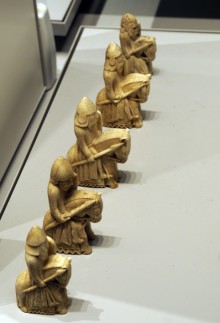