South of London's Maida Vale stretches a residential area bathed by the waters of a canal. For the visitor it is a nice walk that leads through houseboats, the large green area of Regent's Park and the Zoo up to Camden Lock, or all the way round. Actually is more reminiscent to Amsterdam waterways, but it seems that was the poet Robert Browning who thought rather in the Venetian city to coin the term Little Venice. 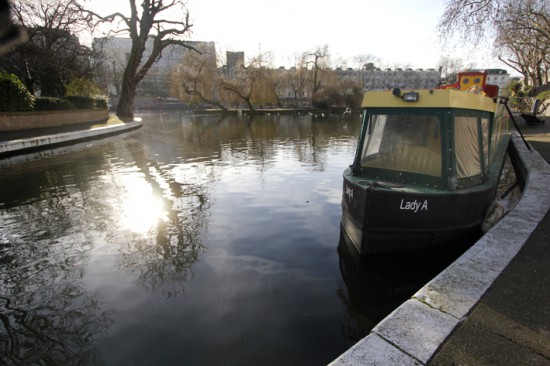 In the eighteenth and nineteenth centuries, long before the emergence of road transport and even in the early days of rail freight shipping was more efficient, fast and reliable on water. To reduce long naval movements in own territory England created, in thirty five years, a network of internal channels which greatly facilitated these moves.

The Grand Union Canal between Birmingham and Brentford, reached 287 miles. One of its branches, the Grand Junction, came to London in 1801, ending in Paddington Basin. On August 1820 the layout of a new canal for almost eight and a half miles linked Paddington with the docks of the Thames at Limehouse Basin after crossing twelve locks. It’s Regent's Canal, designed by businessman Thomas Homer and designed and built by architect John Nash, who had to deal with a tunnel 824 feet long passing under Maida Hill. The barges were towed by horses from a tow path that runs along the entire route of the canal and today has become a walkway. Several companies exploited the freight watercourse, Thomas Pickford Limited of City Road Basin have reached one hundred twenty boats plus the necessary horses to make the tow of the ships.

In 1837 the first railway line arrived at the new Euston train station starting a fierce competition that progressively limited the effectiveness of the canals. Today, as architectural relics from the Industrial Revolution, old red brick facade canal side warehouses survived. Some have become stylish lofts, other, at 12 New Wharf, next to Battlebridge Basin, near St Pancras Station, has become the London Canal Museum, where in addition to retrace the history of British waterways, you can buy narrowboat scale models, the barges that crossed the canal and currently, most of them are used as dwellings.

A little further west, Camden is bustling with people divided between High Street pubs and shops, where businesses compete in the spectacular nature of their elaborate facades that look more like Valencian fallas ninots, customers are concentrated among the intricacies of the market and the food smell expelled by take away stalls, where even paella is served. A bridge crosses Regent's Canal, close to the lock, Camden Lock, where the first water bus station looms to the water. 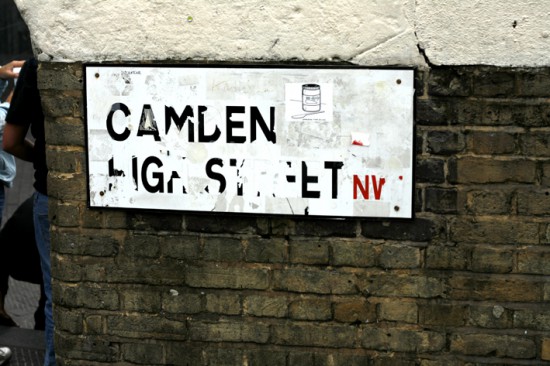 Shortly before arriving at the park, in a previous semantic advance to Little Venice, is the church of St Mark, which, similarly to its Venetian namesake also shares the name of the square. And on the other bank, Feng Shang Princess, a popular Chinese floating restaurant with its striking façade is reflected in the canal here starting a shunt now blinded called Cumberland Basin. From here the regency pervades everything, Regent’s Canal, Regent's Park... also included zoo structures, the Snowdon Aviary and the Islamic Cultural Centre. Just where park ends there are seven fine mansions designed by architect Decimus Burton, one of which is the residence of the US ambassador. On a canal widening about fifty narrowboats converted in boathouses moor stern on. Are private Lisson Grove Moorings, an anteroom of Little Venice. 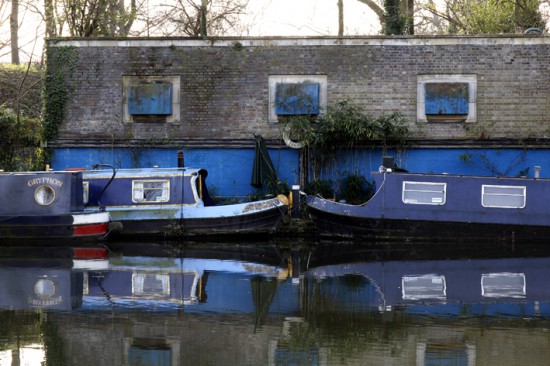 Once passed through Maida Hill tunnel, there’s the Cafe Laville, a suitable observation point atop the watercourse. Here Blomfield Road and Maida Avenue advance in parallel to each side of the canal where the barges moored in a double row. Is where actually Little Venice begins. Before passing under Warwick Avenue Bridge Junction House was once a tollbooth. Here’s the triangle formed by Blomfield, Warwick Crescent and Rembrandt Gardens, waterbus final stop. Initially it was known as the Broadwater and was used as a waiting point before the entrance to the Paddington docks. Now it is Little Venice Basin, also known as Browning's Pool or Browning's Pond. In honour to Londoner poet Robert Browning who lived in the neighbourhood between 1862 and 1887, after the death of his wife in Florence in 1861. Browning dwelt on 19 Warwick Crescent, a house that was demolished in the sixties to build a block of flats. They say he was who forged the name of Little Venice, although it is also attributed to Lord Byron, who lived in the Italian Venice and used to swim in the Grand Canal even in winter. Although it is highly possible that they were real estate agents who devise the place name to increase the attractiveness or interest in the state.

A barge hosts a not negligible stage, with can accommodate about fifty people, it is the Puppet Theatre Barge; in another corner the Canal Café Theatre, this onshore, offers its plays as a restaurant boat while the Waterside Café offers meals. The drink is guaranteed at Warwick Castle Pub.

Leaving the Browning Pool and following the canal southwards is the Paddigton Basin, last call for narrowboats and end stop of the Grand Union Canal in London. 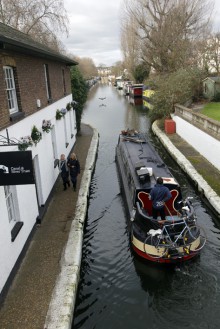