Four thousand years before our era one of the earliest known writing systems begun to be developed in Egypt. To hieroglyphic followed simplified alphabets and in a neighbouring world, the Phoenician, its writing subsequently lead to the most widespread alphabets in the Mediterranean area: Greek and Latin.

The writing system used in ancient Egypt combined logograms, consonant signs and conceptual references. Personal names, especially those of the pharaohs and important public figures were encapsulated around a line that enclosed them. The Egyptians called it mdw ntr, the God's words, and their use arose in predynastic age to the 3300 BC. In fact they considered writing a God Thoth gift to mankind. The oldest sample known, before some excavations were carried out at Abydos in 1998, was the Narmer Palette, dating from 3100 BC, it is a slate plate discovered in 1898 in the temple of Horus in Hieracompolis, Upper Egypt former capital and now kept in the Museum of Cairo. Hieroglyphic writing was used mainly for religious texts and to gloss the glory of the Pharaohs as propaganda operation deeply engraved in stone. Routine uses as accounting or business transaction records led to the development of the hieratic and, in the seventh century BC, demotic, a simplification that allowed its transcription on papyrus sheets. In 1799 the discovery of the so-called Rosetta Stone, a trilingual text written in hieroglyphic, demotic and Greek, allowed Jean Francois Champollion to decipher the code of Egyptian writing. In Hieratic was transcribed Nas-pa-Sefy, known as the Book of the Dead describing the transit to new life to deceased. There are copies and fragments in various museums, one of them, discovered in 1858 in Deir el Bahari, is exhibited in the Musée d'Archeologie Mediterranée in Marseille.

While the temples of Egypt were covered with hieroglyphics, northward, in the Aegean, it was rising a different writing. Between the seventeenth and fifteenth centuries BC, the language spoken on the island of Crete during the Minoan period was transcribed on clay tablets and probably also on papyrus, although only have been preserved some tablets that, at some point, a fire collaborated to preserve, turning them into terracotta clay. The alphabet used has been called Linear A and still has not been fully deciphered. Some seventy syllabic characters and a hundred signs with its own meaning, logograms, plus some numerals have been unearthed mainly in three places of Crete: Haghia Triada, Zakros and Chania, but also have been found plates in mainland Greece, Turkey and Israel.

The variant called Linear B, although it shares 55 characters with the previous, doesn’t match with the same language but to Mycenaean Greece spoken between 1600 and 1000 BC. In 1894, British archaeologist Arthur Evans began publishing his theories in the Journal of Hellenic Studies with an article titled Primitive Pictographs and a Prae-Phoenician Script from Crete in which he distinguishing between a linear pictographic writing and a writing system. This is the same Arthur Evans who acquired a parcel of land south of Heraklion, Crete, where he discovered the palace of Knossos. The tablets found at Pylos in 1939 led to the architect Michael Ventris with the help of the philologist John Chadwick to decipher it in 1952, showing that it was a, pre-Homeric, early form of Greek. With the destruction of the Minoan palaces 1200 years before our era this writing was lost.

Even in Crete, in Phaistos Minoan palace excavations, Italian archaeologist Luigi Pernier find in July 1908 the mysterious disk inscribed on both sides with some signs similar to those of linear writing. It has not yet been interpreted but dated around 1900 BC. It is currently exhibited in the Museum of Heraklion.

Two more scriptures are closely related and not yet deciphered with the Linear, Phoenician and archaic Greek. Those that were used on the island of Cyprus in the final centuries of the second millennium BC: the Minoan Cypriot and Syllabic Cypriot.

The Phoenician alphabet would be transcendental in the Mediterranean Basin, based on the protosinaitic just reproducing consonants was developed in Canaan and in the ancient ports of the Middle East between the thirteenth and twelfth centuries BC. The oldest inscription known is that of the sarcophagus of Ahiram, king of Byblos. Signed by his son Ittobaal, is a curse aimed at possible profaners warning "if a king among kings, a governor among governors or a general attacking Byblos desecrating this sarcophagus, his power crosier will lost their strength and his throne will collapse and flee the calm". The text uses 19 of the 22 characters of the Phoenician alphabet. Byblos, north of Beirut, was the name Greeks gave to Gebal, currently Jubeil town, which means hill, mountain. Through this port they traded papyrus from Egypt. It was also in that city where they were discovered in 1928 ten incised inscriptions on bronze plates with characters older than Phoenician, now known as Byblos syllabary.

The commercial expansion that led those of Sidon and Tyre westwards brought with them their written characters that spread wherever they established their delegations and settlements. Later on some peoples adapted the alphabet to their own languages. There are characters that leak out from a system to another which originally belonged to a specific meaning related by acrophony to the a particular character; so alp / alpa / alpha / aleph / alif originally meant ox with a certain component of logogram representing the head of a beef; bet / beta / ba mean house, and the union of the first two characters formed the word alphabet.

For the ancient Greeks the appearance of the alphabet was linked to the epic according to which Cadmus, brother of Europa, the Phoenician princess of Tyre, gave the knowledge of writing in exchange for information about the abduction of his sister by Zeus. It is a way of admitting the Phoenician origin of the Greek alphabet. The Phoenician characters were adapted to the Greek league modifying some assignments to incorporate the vowels - α, ε, ι, ο, υ - (alpha, epsilon, iota, omicron and upsilon) and adding consonants non-existent in Phoenician - φ, χ, ψ - (fi, chi, psi) although it was not developed equally throughout the Hellenistic world. The eastern variant, used in Athens, Ionia and Asia Minor would be the pre-eminent and ended up being written from left to right. Previously each line could be written alternately in a different sense what is known as Boustrophedon. A large sample is the Gortyn code in Crete. The Greek variant developed in the West and in the Magna Graecia inspired Etruscan and Roman alphabet characters. Another Eastern variant formed the Copt, currently employed only in the Christian worship in Egypt.

Etruscan used in western central Italian peninsula has 26 basic and 22 expanded characters. Initially it was transcribed in Boustrophedon mode until, like Greek, finished only written from left to right. Good examples are the Pyrgi golden tablet, engraved in Etruscan, Phoenician and Punic; the Magliano disk, reminiscent of that of Phaistos, or the Perugia Cipo, a stone slab.

Slabs, ceramics, lead sheets and coins have preserved the testimony of the alphabets developed by the Iberian cultures, most likely influenced by the Phoenician and archaic Greek. There was not an only alphabet but three different scripts: north-eastern, which was the most extended and used, written from left to right, the south-eastern and the Greek-Iberian; all were semi syllabic, i.e. they have characters that represent whole syllables.

In Valencia Prehistory Museum are displayed some lead sheets found in the archaeological sites of Yatova and Los Villares with lists of people and trade products. Another tablet with a list of names of Iberian people who act as witnesses in a business transaction is displayed in the Musée de Sigean, in Roussillon, France, this was made with the same technique but it’s also written in Greek and Etruscan. Punches were used to write on the lead and heating the material allowed to delete entries for new ones. About seventy issues of this kind have been found, basically belonging to business documents or private letters. 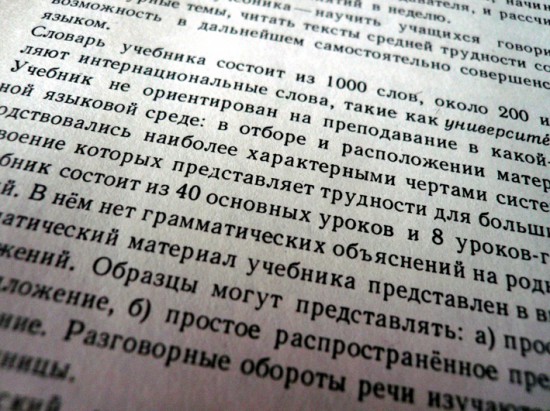 Other inscriptions appear in decorated ceramics, sometimes as a complementary tale of a story expressed graphically or just as a dedication. This type is found in late third century BC Edetanian pieces. There are also funerary steles like the one discovered in Santa Perpetua de la Mogoda and the numerous coins found belonging to the mints shown in their obverses: Kelse, Bilibilis, Sekaisa, Sekobirikes, Ekualakos, Arketurki and many others.

Today employed by a large part of the world's languages ​​the Latin alphabet was born from the changes made by adjusting the Greek alphabet used in Magna Graecia colonies, probably through Etruscan alphabet, using 21 of its 26 characters. Of course the oldest surviving examples are always those who used the stone as a support and, in the case of Latin, the Republic and the Roman Empire were in charge of distributing throughout the Mediterranean orb trails commemoration or gravestones and milestones pointing distances and locations. Other perishable materials appear fortuitously preserved in some unpredictable way. Recently some wooden tablets with inscriptions written in lowercase have appeared in London.

In the ninth century, to make easier the Scriptures translations and readings in the territories of Slavic Bulgarian, missionary St. Clement of Ohrid synthesized with characters from Greek and Glagolitic writing systems the Cyrillic alphabet used today in Russia and countries linked to the former Soviet Union. The Glagolitic alphabet was originally created by Saints Cyril and Methodius with that purpose. In old Bulgarian Glagolitsa means signs that speak.

One of the variants of the Phoenician alphabet would form Aramaic and through this and the Nabataean, Hebrew and Arabic characters would be created. The aleph-bet, the Hebrew alphabet consists of 22 letters and does not use vowels. With the same origin but with more marked influences of the Nabataean system, the Arabic alphabet arises about the fourth century. The great expansion of Islam in the seventh century will extend along the entire southern Mediterranean including Iberian Peninsula. Arabic is a basically consonantal alphabet which does not include the short vowels rather than as punctuation. The prohibition established by Islam about the representation of animate beings converted calligraphy into an artistic alternative in the decoration of palaces, mosques and on publications. Since then the Koranic surahs have adorned many public and private buildings from Algeciras to Istanbul, paraphrasing the famous song by Juan Manuel Serrat. 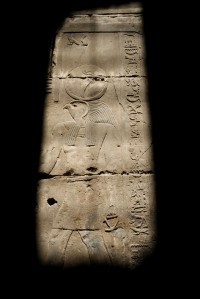