And the man turned his back and not even bothering to say goodbye or look back he opened the door and left away. As briefly as he came. The man  was a local, half Hawaiian, half Caucasian, but wore a semblance that would not have disdained any old Italian neorealist movie. He dressed a shirt without sleeves with some traces of Bolognese sauce and shorts longer than his knees. Chubby. With a nice beer made belly, chubby. He entered to the shop for the same reason I did: to make the laundry up. As soon as he saw me, he was surprised to find a foreigner, even in the island main city: Kaunakakai. Once he finished up to examine me thoroughly with the corner of his eye, he finally decided to talk to me. The unavoidable question could only be:  What the hell was I doing there? The first answer was obvious:  Do the laundry up. The answer was sharp and categorical. I even thought, at first, he was reasonably satisfied. At the end he had come for the same reason... to the laundry, of course. Beyond the question had deserved a more definitive answer. What the hell was I doing there?. I chose not to repeat the answer as he did with the question. I was in holydays, and a few years before I had read a paperback telling a story happened in Molokai. So, my curiosity led me there. And once there, to the laundry for a mundane question. The author I referred to was London, Jack London. 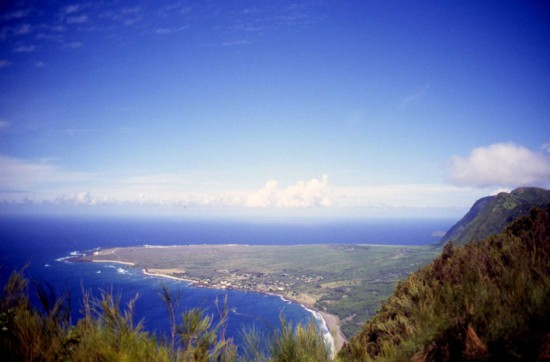 The Bolognese stained man got certainly his part of reason to be surprised. A quarter of a century ago Molokai was, with my apologies, the world's ass. Nothing to do with tourism attracted by the rest of the archipelago: Waikiki, Pearl Harbour, Maui or Kona. And in the mid-nineteenth century was even worst.

In Northern Molokai there’s a plain completely isolated from the rest of the island caused by what must have been long, long ago an ancient volcano crater. The south wall is one of the highest sea cliffs in the world. The peninsula is named Kalaupapa. It became known to the world by an act approved January 3, 1865 by the king of the islands, Kamehameha V, to prevent the spread of leprosy. The Home Secretary as chairman of the Health Department ordered to set aside a publicly owned space where to isolate those affected by Hansen's disease. No other place in the archipelago met those conditions better than the plain of Kalawao, in Kalaupapa. 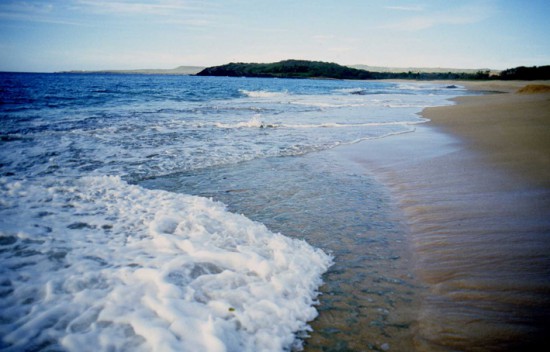 The islands apostolic vicar, Louis Desiré Maigret, required the presence of the Church among the lepers, but leprosy was in the mid-nineteenth century, considered incurable and contagious. To send anybody to the lepers' colony was comparable, indeed, to a death sentence.

A Belgian priest assigned to North Kohala mission, Father Damien, decided to go as a volunteer to Molokai. Damien arrived on May 10, 1873 to meet with the lepers who were already living in Kalaupapa. From about approximately one hundred thousand people who worked together with the sick people only Father Damien caught the disease. He died in 1889, sixteen years after reaching the island.

That condemnation feeling was upheld by the U.S. journalist Charles Nordhoff, who visited the place in 1875. Nordhoff wrote: "Who is sent to Molokai is therefore adjudged civilly dead. His wife, upon application to the proper court, is granted a decree of absolute divorce, and may marry again; his estate is administered upon as though he were dead". Despite Nordhoff himself also described the optimal treatment dedicated to patients sent to Molokai. The government provided them with accommodation and food in the colony. 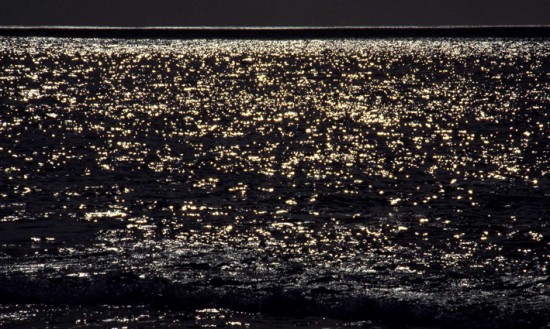 So confirmed Jack London when visited the colony in 1908: "the horrors of Molokai as they had been painted in the past, do not exist...I went for a week’s visit to the Settlement, and I took my wife along...nor did we keep apart from the lepers. On the contrary, we mingled freely with them". More than eight thousand people were exiled to Kalaupapa since 1865. The Kamehameha V act was repealed in 1969, but still no road connects the peninsula with the rest of the island.

I picked up the laundry and went back to the hotel to finish to read again London’s article. 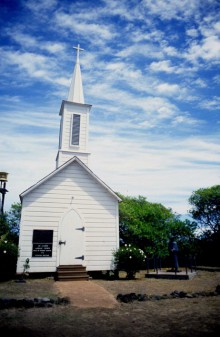 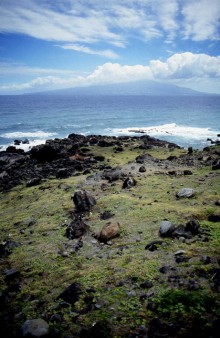