From the popular beach of Pocitos it’s almost perceptible to the eye what could be an endless reflection extending from the opposite bank of the River of the Plata. Since Buenos Aires is always more. More wide and big, more populated, more busy ... but from this shore, Montevideo despite being less, it is also more. More relaxed, more affordable and with a certain feeling of a greater global welfare, quietness, and calm. Nearly half Paisito, the little country, dwells in its capital and main city, Montevideo. 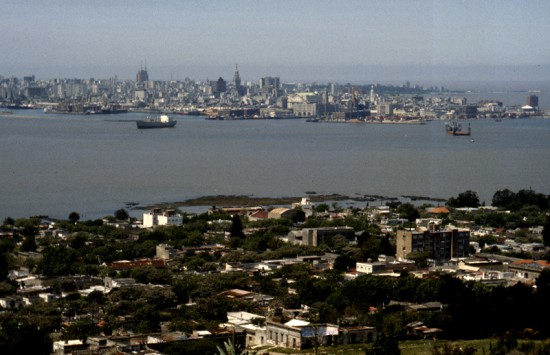 A December 20, 1724, San Felipe y Santiago de Montevideo, as it was once the official name of the city, drew up its first official census of inhabitants: fifty families from Galicia and the Canary Islands, both in Spain, and just over a thousand Guarani people. The first buildings were erected onto a small peninsula near the mouth of the river of Plata and the bay, close to the Arroyo Pantanoso, marshy creek. To the west, the Basque military Bruno Mauricio de Zabala had built one of the first fortifications to defend the city, the Fort of San Miguel. Fortaleza General Artigas call today or simply Fortaleza del Cerro.  Now hosts a weaponry museum.

General Jose Gervasio Artigas, born in the city in 1764, fought against Spanish, Portuguese and English defending the independence of what should be Banda Oriental, Eastern Strip, a territory east of the former Spanish viceroyalty and adjacent to the Portuguese possessions eventually reduced to the present Uruguay borders. The area of Rio Grande do Sul now belongs to  Brazil. The General overlooks, on his horse, the Plaza de la Independencia, Independence square, where is one of the most emblematic buildings of Montevideo: the Palacio Salvo, highest in Latin America when it was inaugurated on October 12, 1928. It was designed in a peculiar Art Deco style as a hotel by Italian architect Mario Palanti, and funded by the three Salvo brothers: Ángel, José and Lorenzo. It was used in its initial purpose only few years and only in some of their stories. Today is a residential and offices building either. Their basements were once occupied by the tearoom La Giralda, where the musician Gerardo Matos introduced the most famous Uruguayan tango La Cumparsita. In 1935, the Palacio Salvo gave up his reign to higher Kavanagh building, built in Buenos Aires. 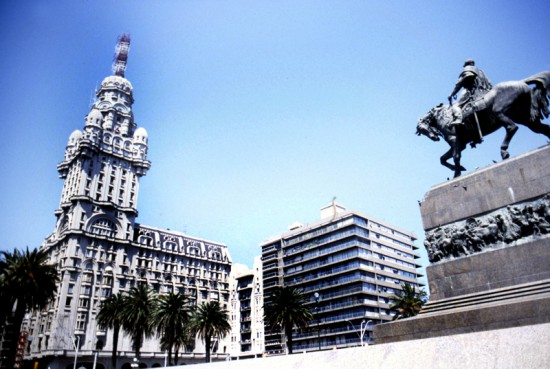 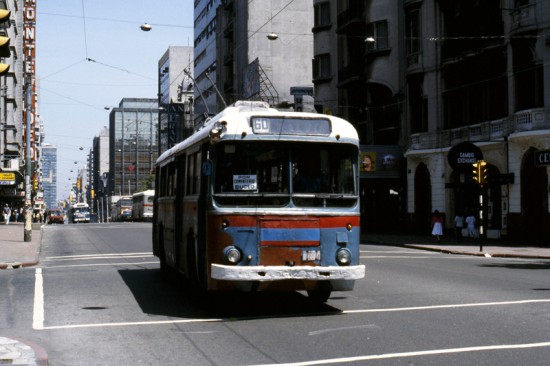 Santa María was the city figured out by Juan Carlos Onetti and the background  in several of his novels: La Vida Breve (A Brief Live), El Astillero (The Shipyard) and Juntacadáveres (Body Snatcher). The celebrated Uruguayan writer, also author of Montevideanos went into exile in Buenos Aires, after the Juan Maria Bordaberry military putsch of June 27, 1973, plunging the country into a military dictatorship until 1985. Virtually reflected some years later across the river of the Plata. 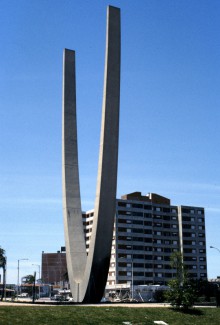