Once, Kathmandu Valley was a lake of considerably wide. Just in the middle a pretty lotus grew up. When it bloomed the beauty attracted even the attention of the gods. To approach to contemplate the flower the gods emptied the lake making a deep cut in the mountains that hold the water. 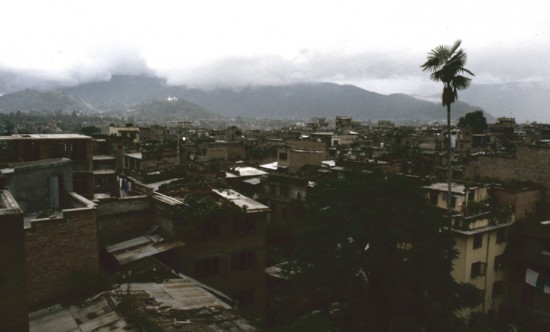 One version told that was the god Manjushree who with his sword Chandrarasha created a gorge that dried up the lake; in another version was Krishna himself who used the Sudarshana Chakra with its one hundred eight sharp teeth to release the waters. Currently there are other versions, more objective, more scientific perhaps, but certainly less charming.

The city was founded before the arrival of the first millennium by King Gunakava Deva, belonging to the Licchavi dynasty, there where the waters of the Baghmati and the Bishnumati rivers meet. From the union of the existing settlements emerged Kantipur, Yambu for Tibetans. Another legend tells how Kirtipur became Kathmandu, when a God known as the Paradise Tree came down from heaven disguised as a mere mortal to attend unnoticed Machhendranath great chariot procession. But he was recognized and was retained until he promised to build a shelter for the monks who were in transit. The god kept his word and built up with the wood of a single tree a guest house they called the Kashtamandap, the wooden house.

The Malla dynasty succeeded the Licchavi and new temples and palaces were erected, particularly in Durbar Square and its surroundings. In 1760, Father Giuseppe, a Capuchin missionary returning from China to the West, witnessed how had already grown up Catmandu, which then gathered about twenty thousand homes. 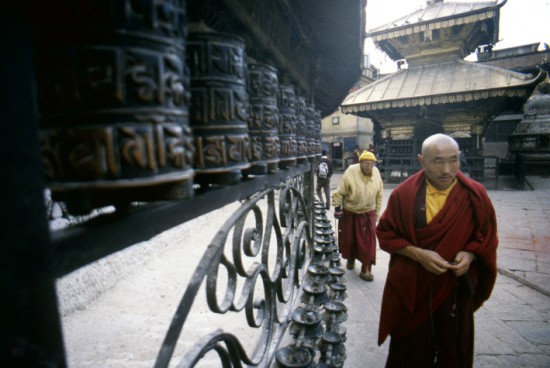 The city continued to grow and spread over the valley. To the south, always limited by the Baghmati River, has remained close to its origins. In Durbar an around are Narayan, Taleju, Shiva and Parvati temples, Hanuman door and the Krishna Mandir. The former royal palace in Basantapur with its nine overlapping roofs and the house of the Kumari, the living goddess who sometimes looms through a window in the second floor. She will leave her divine condition as soon she bloods, either because of puberty or accidentally. Almost opposite, perhaps to make a contrast, is a large relief carving on the wall representing Bhairau, a fearsome avatar of Shiva with six arms. This sort of demon had been used in times as a lie detector. It was said whoever dared to lie in front of the figure of Bhairau would die immediately victim of a violent blood vomiting. A few meters away two white stone lions, mounted by Shiva and Shakti, kept the Golden Gate of Nasal Chowk, the courtyard of the coronation.

Even in Durbar is the neoclassical palace that ordered to build in 1850 the then Prime Minister Jung Bahadur Rana, after come back from a trip to Europe. They continued with neoclassicism style in Singha Durbar, the Palace of the Lion, a huge building with a thousand seven hundred rooms which now houses the Parliament and other government agencies. 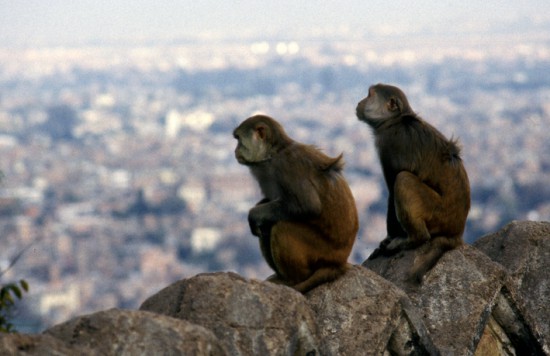 To the west the great reference is the Monkey Temple, Swayambhunath, where the lotus desired by gods bloomed. Overlooking the city and the valley from the hill is reached after ascending a long stairway. Whoever has counted says there are three hundred steps. Upstairs, the great stupa is the oldest in the valley and around there is a temple complex, according to some inscriptions dating from the fifth century was the king Mahadeva who ordered build some of them. In the thirteenth century Swayambhunath, the one who born of himself, already was a main Buddhist school linked to the monasteries of Lhasa in Tibet. In the four faces of the stupa tower Buddha eyes seem to watch carefully the premises, perhaps also to the monkeys which freely hang around and do not hesitate to face the visitors if they feel disturbed. Prayers travel through the air swing by the vibration of the cylindrical bronze wheels. Spread the prayers at every turn given by the hands of believers. Recite for themselves and for those who want to hear them the repetitive mantra dedicated to Avalokitesvara. Om Mani Padme Hum, the jewel in the lotus.

Northbound a sleeping Vishnu is reclining on a pond. Completely covered in flower petals, wax and rice beans that the faithful deposited daily on his effigy. They called him Budhanilkanta or Narayan, the creator of life and avatar of Vishnu, surrounded by a stone snake which tucks him, is Ananta Shesha, king of all snakes. Each of the four arms of Vishnu holds attributes that symbolize his powers: a disc that represents the mind, a knowledge hub, the shell of the five elements and Universe lotus seed.

To the east, a personification of Siva has its own temples. Is Pashupati, the Beastmaster, progenitor of Ganesh, the elephant-headed god due to an unfortunate incident. Between January and February attracts thousands of holy men, sadhus and faithful even from India to celebrate the festival of Shivaratri. Pashupatinath recalls, on a smaller scale, large Varanasi Hindu temples along the Ganges. The Ghats, the steps leading down to the river, enable believers to  perform their purification rites in sacred waters, in short, tributaries of the Ganges. 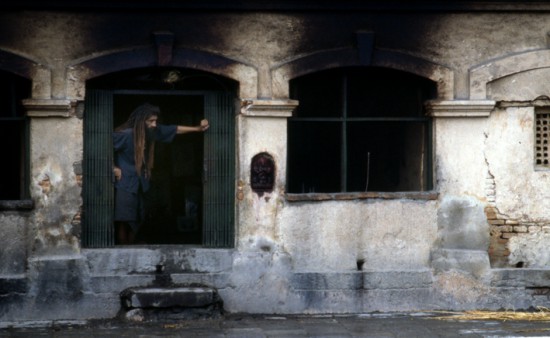 In between so sacred periphery a worldly Kathmandu flooded the streets of people wandering in everyday life, from Lazimpat embassy district up to the diagonal that cuts the city. Asan Tole was the ancient route that was heading towards Tibet, now a bustling traditional street of small businesses. Asan Tole changes name as it moves southwards towards Durbar. First becomes Kamalechi before to reach Indra Chowk. From this square is Makhan Tole.

This diagonal crossing major roads as Durbar Margh and Kantipath, which starting from the Royal Palace of Singha Durbar pass the Rani Pokhari pond before arriving at the National Stadium. Another vertical axis is Sukra Path, which descends from the busy district of Thamel to Durbar Square through a curious square with a fifteenth century stupa surrounded by a fence, is Thahity Square. To the west there is a set of small temples with central stupa that emulates Swayambhunath. They call it Kathesimbhu, but also Sigha Bahal or Ghata Vihara. It was used to validate a pilgrimage to those who by their physical condition could not access to Swayambhunath.

On these streets is an altar dedicated to Vaisha Dev, a god who acts against toothache. Along with a figure of him suffering believers plunge nails for God intercede and mitigate their suffering. If faith is not enough there are in the neighbourhood some dentist and a pharmacy where they can probably acquire the magnificent toothpaste with a name appropriate to the country: Everest.

Between last century sixties and seventies in full hippie movement heydays, Kathmandu became a mystic beacon. The Beatles visited Mahareshi guru in India and from Europe departed ramshackle vans and buses travelling through Turkey and Iran. After a stop in Kabul, Afghanistan, the route was heading toward the paradise of easy and inexpensive drug under the roof of the world. Cannabis and its derivatives were legal and expended in approved stores, for  more sophisticated products was necessary to dig a little deeper and ask those coming from Kabul. To the east of Durbar a narrow street that descends, Jhhonchen Tole, was then known as Freak Street. Here, in 1969, a certain Cat Stevens, before become Yusuf Islam, wrote a song with the name of the city: Kathmandu. Janis Joplin and John Lennon himself would refer in their songs Cry Baby and Nobody Told Me.

The flowers withered long ago. There may still be found some memories in some crafts stores, on the wall of a stale bar, in a bookstore corner, wherever a certain aroma of Patchouli could be still perceived. 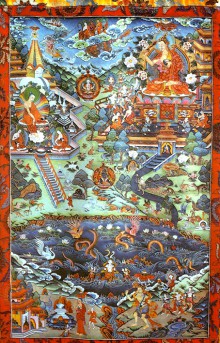