Homepage > On the Banks of the Nile

On the Banks of the Nile

I may imagine Naguib Mafuz sitting in a table at Fishawa Café. Holds a cigarette between his fingers. Leafing through his notes. A little bit further, to the right, his cup of coffee. Occasionally lifts his head and looks carefully at his thoughts perhaps searching a particular recall. A waiter, attentive, renews the ashtray. Mafuz lowers his head and looks at his notes, after a puff of his half-smoked Kent. Probably a common scene in his favourite coffee in Jan al Jalili before a brainless assaults him with a knife injuring his neck and his hand. 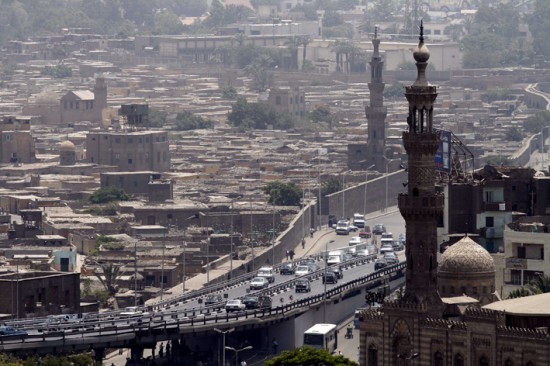 Nearly two millennia before Mafuz sit on his Fishawa corner, Rome established a bit further south along the Nile, a fortress that was called Babylon, perhaps plagiarizing Mesopotamian Acadian city. The Roman post was not too far from Memphis, the ancient capital of Lower Egypt. The first Muslim onslaught, few years after the Hegira, built a settlement called Fustat, later a close military camp would be named Al Askar, and Al Qatta'i, would be the Ibn Tulun base before the Fatimid founded Al Qahira, the Victorious.

They have also called Cairo Umm al Daria, the mother of all cities. The name may not be supported in its antiquity, but its dimensions. The Nile city is the largest in the Arab world and Africa. Some twenty million souls crowd both sides of the river. When just no longer the eternal sound of honking cars stops late at night, sound again with the first light of dawn, or even earlier. Traffic is hell. Crossing a street near Meidan Tahrir, the famous Arab Spring square, is a matter of ignorance and faith. We must ignore the vehicles and firmly believe in get safely to the other sidewalk. Yet the Egyptian metropolis leaves no one indifferent, hating or loving her. 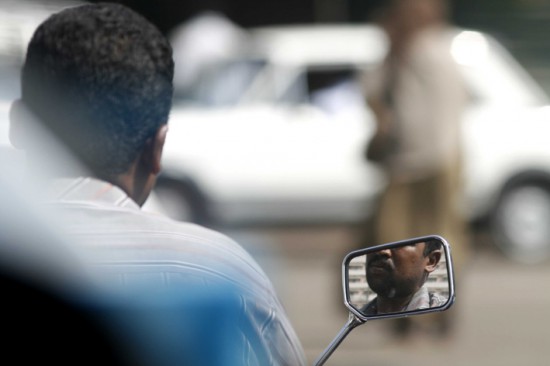 Near Meidan Tahrir is the famous Egyptian Museum, overwhelmed by the many items on display and stocked, with no place to be shown. Some of them, obviously the lesser part, are copies, as the Rosetta stone, the one helped Jean François Champollion to decipher the language of hieroglyphics. The British Museum in London hosts the original. About the old Egyptian Museum is also noteworthy even the nineteenth century exhibition concept, at least until the new building, near Giza, houses the collections. It got a special charm. 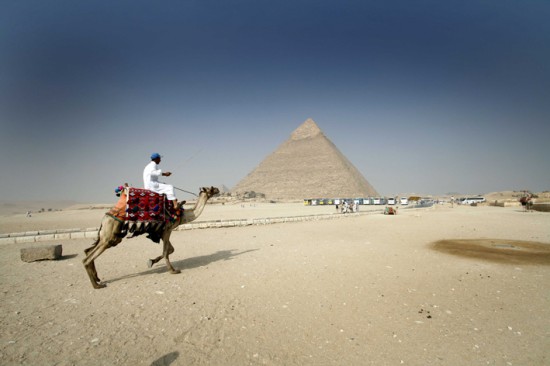 Using imagination is easy to feel ancient presences: Al-Nasir Salah ad-Din Yusuf ibn Ayyub, better known as Saladin, conqueror of Jerusalem on a Friday 27th Rajab month in the year 583 of the Hegira. In Cairo, few years earlier, Saladin had raised the walls of the citadel on Muzzattam hill. Inside, Mehmet Ali mosque would be built later, entirely in alabaster. Hence the easy nickname, Alabaster Mosque.

Another presence belongs to famous Tangier traveller Ibn Battuta, who in the fourteenth century described in his books the City of the Nile: Traveller meeting, stop for weak and powerful. You find everything you want, wise and ignorant, diligent men or given to trifles, of low birth or birth illustrious, noble or commoner, anonymous or famous. The number of its inhabitants is so great that their movements make it look like a rough sea.

Giovanni Leone di Medicis, Leo Africanus, lived there in the end of the Circassian Mamelukes rule, when the Grand Turk took the city on January 23, 1517. With political power based in Istanbul, Egypt became a mere province of Ottoman Empire.

Or Hispanic travellers Eduardo Toda, Ali Bey or the Canon Juan Perera, among others. Of the latter are known his stay in the country of the Nile through the fifth book of the World Universal Cosmographia written by José Sesse and printed in Zaragoza in 1619. Three centuries after Ibn Battuta's visit, Perera agrees in the perception of the enormity of the city. Perera was contemporary of pilgrims on the way to Jerusalem as Pedro Escobar Cabeza de Vaca who wrote about the pyramids: Con gran razón les ponen este nombre de una de las Siete Maravillas que el universo mundo encierra y tiene, porque mirar dos máquinas tan grandes puestas en medio de un muy ancho campo sin que admiración cause, no es posible. (With great reason they named one of the Seven Wonders that universe world holds on it, and these both so huge machines look as great placed in the middle of a very wide field it cause so great admiration.)

Eduardo Toda, who for two years was general Spain consul in Cairo, participated in the late nineteenth century in several excavations. He also published several works of Egyptology and gathered a large collection of photographs and postcards of the country: Some of them, indeed, restored by the patient photographer Jordi Mestre. Numerous pieces are now displayed at the Balaguer Museum of Vilanova and Geltrú, near Barcelona, in Spain. 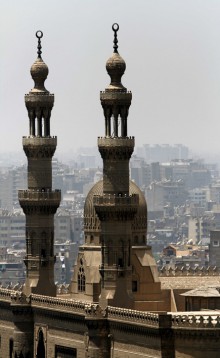