Homepage > On the South Seas

On the South Seas

Some years ago, and begin to be many, in the sixties and early seventies, Editorial Bruguera published a couple of collections of adventures. Hardcover books interspersed with the text an illustrated version of the novel. In the spine four or five vignettes with main characters portraits. I think one was called Collection Stories Selection. The other was Youth Literary Jewels. Both were published in cartoon format and adapted classic adventure novels. Abounded titles by Jules Verne, Stevenson, Salgari, Karl May, Charles Dickens, Herman Melville, Daniel Defoe… 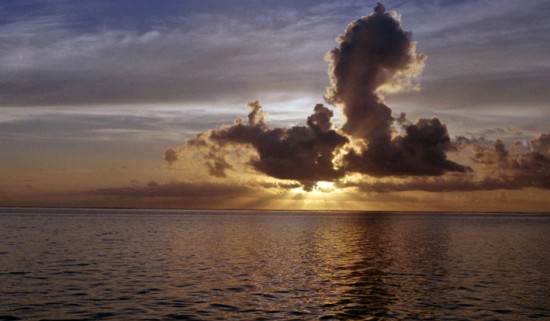 I remember being thrilled with many of them. I was barely ten years old. I read them over and over again. In one, In the South Seas by Robert Louis Stevenson, I kept a name forever: Papeete. I did not know how to spell it. Since then on I think some places I never knew merely fascinated me just by the toponyms sonority. Later I came to visit some places simply for that reason. About Papeete, I also loved the story and atmosphere recreated by Stevenson, of course. Then I didn’t yet read stories of Joseph Conrad nor Jack London, which would increase my curiosity.

Until June 17, 1767, Polynesian clans living in what today are the Society Islands must to have lived in a reasonably welfare. But that day good times comes to end. British Navy Lieutenant Samuel Wallis landed in Matavai Bay, Tahiti. Wallis renamed the island as King George Island. Less than a year later, Louis Antoine de Bougainville would renamed it again as Nouvelle-Cythère, maybe a better name which would inspire Jean Jacques Rousseau’s Émile ou De l’education. Celebrities stop over in the island didn’t stop. Following year Captain James Cook would spend three months there to observe the transit of Venus to the Sun. Tahiti should be even a paradise when the October 26, 1788 landed William Bligh, famous captain of the Bounty, whom Christian Fletcher and much of the crew mutinied. As time goes by the event would generate several novels and movies. Since 1790 Tahiti became a mandatory port of call for whalers. With whalers and the London Missionary Society missionaries who landed from the Duff on March 5, 1797, Paradise began to decline. 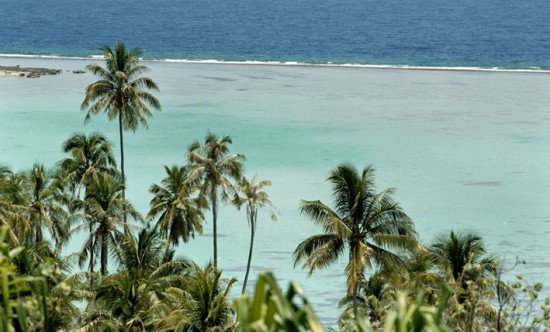 One century later, the islands were formally French colony when, weary of the metropolis, Paul Gauguin arrived in Papeete for the first time. His first stay lasted just over a year in which the painter didn’t stop portraying female figures inspired by his model Tehura. Sick, asked to be repatriated to France. But he returned again, to stay for good. In his last stay in the islands Gauguin composed an autobiographical manuscript in which intersperse watercolours and photographs.

Gauguin wrote: a perfume mixed, half animal, half vegetal, emanated from them, the scent of her blood and gardenias (tiara), who all wore in her hair. The diary was titled Noa Noa. Noa means perfume. Noa Noa should be an extraordinary fragrance. Gauguin left Tahiti. In 1901 he moved to Hiva Oa in the Marquesas, where he finished his existence. 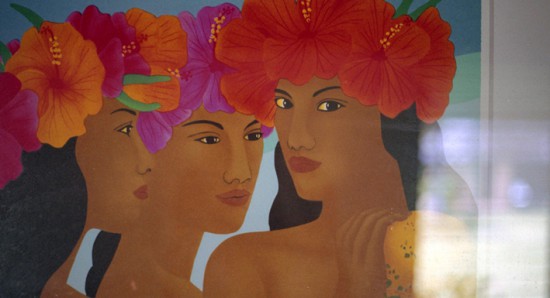 Thirty years had vanished since I left over my childhood readings when I find myself landing at Faa'a airport. The flight arrives very early in the morning. Flying from Auckland, New Zealand, Tahiti is reached one day before departure. That’s the effect of crossing the International Date Line from west to east. So I went out on a Wednesday and arrived on a Tuesday. Slightly confusing.

Nowadays Papeete had little to do with Stevenson, Conrad or London’s texts. It is a small city languishing in itself. Where main interest is in its market, the bookstore and the oceanfront terraces Trois Brasseurs and Retro on Boulevard Pomare.

Moorea, Tahiti’s sister island, is far less than twenty kilometres away. For beach lovers and scuba divers is the heaven. If not, there is not much to do or see. A pair of marae, ancient outdoors worship places, where the gods were prayed and a place where once births and deaths were celebrated. Moorea, the yellow lizard, is easily crossed, just two hours quietly driving the sixty kilometres road that surrounds it.

From the Belvedere, nearly in the centre of the island, there’s one of the best sights of Polynesia. Its two bays, Opunohu on left hand, and Cook at right, are separated by Mount Rotui. Above them endless pineapple fields. At the bottom of the reef a breakwater splits several shades of blue sea.

As I’m not a sun lover - I hate to see my skin burned - so I befriended a cat.  Yet a calf of cat. I do not give it a name. I called cat, just as Holy Golightly did in Breakfast at Tiffany's.

I used to go every evening with Cat to watch the sunset at Hauru beach. A beautiful sunset incredibly slow. I relished on the warm red reflections projected onto the ocean waves.

The way back to Auckland is awful, and come along with a huge sensation of wasting time. Crossing again the International Date Line means to go directly from Friday to Sunday without notice it. And the next day it's another Monday. 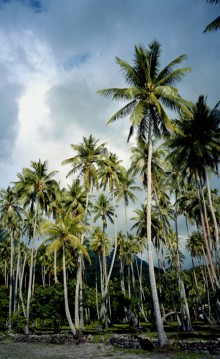 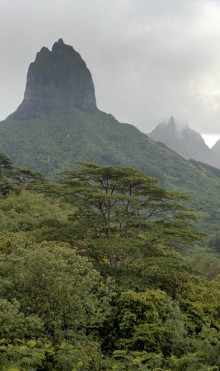