A Finnish painter, Victor Westerholm, director of the Turku drawing school, fell in love with Åland Islands’ landscapes, between Sweden and Finland. There he gathered other painters to form the so-called Önningeby Artists Colony.

Victor Westerholm was born in Turku, Finland in January 1860 and studied at the Finnish Art Drawing School, a of fine arts school, in the same city. Later he continued his studies in Düsseldorf between 1878 and 1886, before the city gave prominence as an artistic centre to Paris, where he also moved to see the Impressionists work. In Düsseldorf, he met Anders August Jansson, a student from the islands who invited Westerholm to visit them. He did it in 1880 and was enthusiastic about the landscape. They said that on the way to Mariehamn he fell down from his saddle, twisting his ankle. He had to rest in the place a few days, enough to fall in love with the sightseeing and to find out that one of the wooden houses was on sale. The place was Önningeby, east of the capital, Mariehamn and the farm that he eventually acquired was Tomtebo, located near Lemström channel. This separates Fasta and Lemland islands. In 1885, Westerholm exhibited some works at the Helsinki Painting Salon, including October day on Åland.

Next year summer, Westerholm invited Finnish and Swedish friends and artists to the house of Tomtebo to share the enthusiasm for outdoor painting. Following the fashion that had spread among European landscape painters to paint in plein air, the colony components will go out with their easels to take notes or scenes in front of their eyes. This would be the beginning of the Önningebykolonin that, with ups and downs, would remain active for thirty years, until the outbreak of the First World War. It was set up as other groups did, Skagensmalerne, Skagen painters, in early 1880, in Denmark, Worpswede, near Bremen, where Paola Modersohn Becker and Rainer Maria Rilke participated, inspired in turn by the groups of artists gathered in France: Argenteuil, Auvers-sur-Oise, Barbizon...

That first year, 1886, went to Önningeby Frederik Ahlstedt and his wife Nina, Elin Danielson, Hanna Rönnberg and Alexander Frederly from Finland and Axel Anderson, who was better known as J.A.G. (Johan Axel Gustav) Acke, from Sweden, although at that time Finnish territory still depended on the Swedish crown. Later would arrive, and always randomly, Edvard Westman, Eva Topelius, Dora Wahlroos, Helmi Sjöstrand, Elias Muukka, Ida Gisiko and Anna Wenberg and, already at the end of the century, Amelie Lundahl, Elin Alfhild Nordlund, Frederik Törner and Ellen Favorin. The activity of the group was more noticeable during the first six years of meetings when even appeared in local newspapers.

Acke was one of the most enthusiastic members of the colony. He settled in a nearby farm, that of Övre Knapans, where he set up a studio in the large dining room. In addition to landscapes, Acke painted farm people portraits. In the colony, he met his wife, Eva Topelius, with whom he married in 1891. In February 1892 he finished up his main work Snöljus, (Snow Light), a large canvas of 15 by 5 feet in which he was working intermittently for several years, it shows a winter fishing scene with a completely snowy landscape. He tried to expose it in the Paris Salon, but, rejected, caused him a deep disappointment.

Another prominent member of the group was Hanna Rönnberg, who relapsed year after year in Önningeby summers. Painter and writer she contributed to the promotion of the colony with her writings Från Ålands skär, 1899, Brovaktens historier, 1905 and Konstnärskolonien på Äland 1886-1914, published in 1938. Rönnberg had also visited the Skagen colony. In Önningeby, he had stayed at Jonesas farm.

In 1992, Önningebyn Kotiseutuyhdistys, the local folklore society, adapted the Jonesas farm, built in stone, to transform it into the Önningebymuseet and to host a permanent exhibition of works and objects related to the artists’ colony members, expanding the premises in 1999. Here is exhibited the great Acke’s canvas Snöljus.

Other colony members’ works are exhibited at the Ålands Konstmuseum in Mariehamn, at the Ateneumin Taidemuseum in Helsinki or at the Konglig Museum in Stockholm. 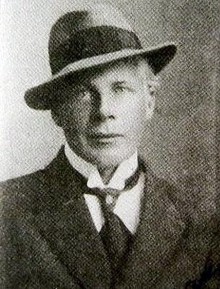 Joel Pettersson never belonged to the Öninngeby group, born on the island of Lemland on June 8, 1892, he was still too young when Victor Westerholm brought together the painters' colony. However, unlike these, he was the only one native of the islands, since he came to this world and spent most of his life in the small town of Norrby. In 1913 he moved to Turku to study drawing at the Åbo Ritskola where he remained until 1915. There he met Westerholm as his teacher, and as school director and whom he did not appreciate, he considered Westernholm a cow painter. When he returned to Norrby he had to help his father in the farm work until, in 1921 he took charge of it without ever being able to devote himself exclusively to painting or literature. Pettersson had begun to write in his school years, although most of his work at that time has not been preserved. Also on his return from Turku he collaborated with youth theatre associations. Years later, in 1935 and after an attempted suicide, he began to paint feverishly using an empty space in the farm that he arranged as a workshop. In 1936 he managed to organize an exhibition of his work in Mariehamn, although at that time he was already becoming ill. Moved to the Grelsby hospital he died the following year, on January 5. He was 44 years old.

Throughout his life Pettersson did not arouse the interest of publishers or art dealers. Only some of his texts appeared sporadically in local publications. It was not until 1970, when the professor and pastor of the church of Finström, Valdemar Nyman, became interested in Pettersson’s written work. In 1972 he published a selection of prose, Jag har ju sett (I have seen) and a biography of Norrby's artist, Pojken och den gråa byn (The boy and the gray town) to be published in 1977. Valdemar Nyman would publish three more Pettersson books in three successive years, 1973, 1974 and 1975: Eldtände, Frifågel, and Hallonskogen (The raspberry forest). Recently, Ralf Svenblad, an editor born on the islands, has published other writings by Pettersson. His pictorial work, manifestly expressionist, is close to the works of the Finnish painters Jalmari Ruokokoski and Tyko Sallinen. Today he is called the Van Gogh of Åland and is the most appreciated painter of the islands.