In fact, at its highest point, does not exceed more than seven feet, while the average stays at five. So there is a good reason to worry about rising sea levels in a climate change scenario. Moreover, recalling the aftermath of the tsunami of December 26, 2004. Its three hundred fifty thousand inhabitants are distributed in 1,196 islands grouped into 26 atolls. Less than two hundred are inhabited, immersed in a tropical climate that rarely drops below 25 degrees Celsius throughout the year. Allah was generous to the people of this Eden. Is Dhivehi Raajje, the Maldives (Islamic) Republic. 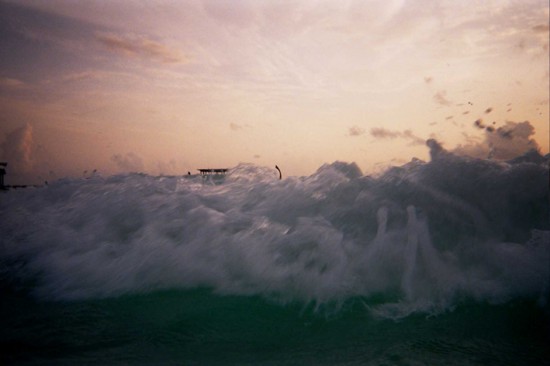 The first inhabitants probably came from the Indian subcontinent, maintained trade contacts with Mesopotamia, Egypt and Rome. Before the advent of Buddhism to the islands they worshiped the sun and that is the reason why the ancient temples, on which later would settle the mosques, were oriented towards the west.

Archipelago officially converted to Islam in 1153, but some popular accounts suggest that the conversion started a couple of decades earlier. According to The Book of Ancient Meedhoo History by Al Allamah Ahmed Shihabuddheen, transcribed in the eighteenth century, a certain Yoosuf Gadir and his family, arrived from northern African landing in Meedhoo, in Addu southern Atoll, 17 Ramadan in the year 519 after Hegira (1125). Them host Elhai Haaru Dhoraaboo told how they were suffering in the capital, Male’, because a demon required a young virgin as monthly tribute. According another version the demon was no other than Ocean Goddess Rannamakaaru Devi. On the night accorded to pay the tribute Gadir went to the city disguised as a young maiden. He spent the night reciting Quran verses one after other. The devil did not appear. The following month the ruse was equally repeated obtaining the same outcome. Convinced, the king and his people converted to Islam. And even according to a third version, found out in the Chronicle of the Kings of Maldives, the hero was a Persian from Tabriz, not from the Maghreb. His name: Yusuf Shams-al-Din.

From the sixteenth century on, Portuguese, Dutch, French and English would take turns protecting the archipelago. British did not recognize the full sovereignty of the Republic of Maldives until July 26, 1965, and once stifled the southern secessionist revolts, which wanted to establish the Republic of the United Suvadiva Islands. 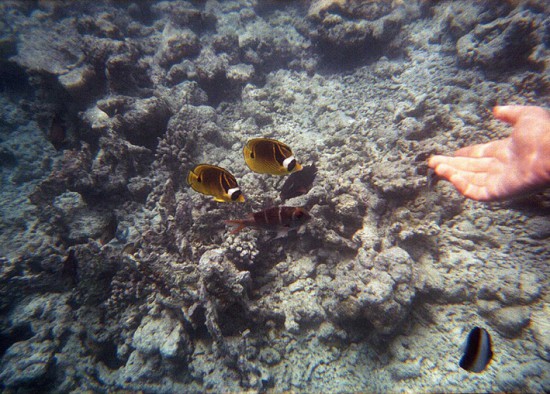 For many years the main income source, rather obviously was fishing. Even today it is an important resource. Industry continues canning fish and salting are exported mainly to the region. Dry tuna is delicious mixed with fresh coconut and spices. The dish is called Sambol. Sri Lankan spicy Sambol wouldn’t exist without Maldives dried fish.

And tourism arrived. Now It‘s the country’s first source of income. But tourism in Maldives is selective. And selective means expensive. No hitchhiking backpackers.  By air taxis are planes, by sea are dhonis, the traditional boats. They do not stop anyone in the middle of a journey between islands. Hotels are, of course, absolutely isolated. In fact, concessions provided by the government to develop a tourism industry are preceded by severe restrictions: government provides the place, usually a small uninhabited island where energy and drinking water must be produced. No waste may be exported. Obviously, garbage can not be thrown into the sea, above and below main attraction of the islands.

This tourism policy has twofold consequences: the country has remained more or less unspoiled, since the involvement on land is scarce. But also on the population, which generally stays out of touch with both foreign and economic benefits of the tourism business.

Emboodhoo is another example. A short distance from the capital, in the South Male' Atoll, is accessible by dhoni. The island has about three hundred meters wide and one hundred fifty long, or vice versa. In this brief space houses a hotel with 125 bungalows, some of them above the sea. Other resorts in outer Atolls require air transport, issued by small seaplanes usually six or eight seats.

Beaches are just like are expected to be found in a tropical postcard. Most hotels provide snorkel or scuba dive services. Scuba diving has become one of the main attractions of the archipelago regardless of the diving level because  there are sites for everyone: Bathala, Eilladhoo, Medu Thila, Maaya Thila ...  And it’s one of the best places in the world where to begin. It’s like to be immersed in a huge and warm aquarium whereto turtles, lobsters, small sharks and a myriad of tropical fish swim beside.

It all up the kind of paradise one have in mind. If it’s something more or less standard with tiny and white beaches where to be lazing under a coconut and having a splash from time to time…then it works.