The word Satori, in Japanese, means understanding, comprehension. Also, in Zen Buddhism is applied at the time of deep and ultimate enlightenment. A clairvoyant instant related to creation and discovery. And that happened in a taxi! Or maybe the reason could have been the Brest foggy streets, or a waiter who firmly felt that Paris was rotten or a Mozart requiem heard in Saint Germain des Prés. Perhaps it was everything. 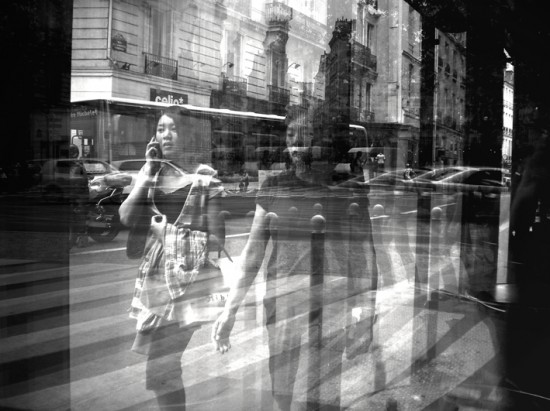 In the early sixties Jack Kerouac was already a renowned writer associated with the American beat generation. He had published his famous On The Road, The Dharma Bums, The Town and Country, Visions of Cody, The Subterraneans and some other novel. His French-Canadian surname brought him to investigate his Bretons origins. In June 1965 he left his shelter for ten days to travel from Florida to France in search of the origin of their ancestors. His last name was actually Kéroack, in his birth certificate is listed as Kirouac. He personally preferred the version used by their ancestors: Lebris de Kerouac.

Previously he had collected some data in London. Hastily landed at Orly, hastily reached Paris. In his errant wandering between drinks, including beer and cognacs insisted in greeting Pascal statue and visit Balzac in his grave in Pere Lachaise. About the latter withdrew given the lateness of the morning. On another day he managed finally to find the building of the Bibliotheque National Richelieu, at 5, rue Vivienne, between the Stock Exchange and the Louvre. There he sought unsuccessfully Histoire Généalogique de plusieurs maisons illustres de Bretagne enrichie des armes et blasons d’icelles by Fray Agustin de Paz , printed in Paris in 1620, and Histoire Généalogique et Chronologique de la Maison Royale de France, des Pairs, Grandes Officiers de la Couronne & de la Maison du Roy & des Anciens Barons du Royaume, by the Augustinian Father Anselmo, continued by M. Du Fortuny and published in Paris in 1778. He asked the same books over any other in the Archives Nationales in 60 of the rue des Francs Bourgeois in the Marais neighbourhood. Neither was successful. 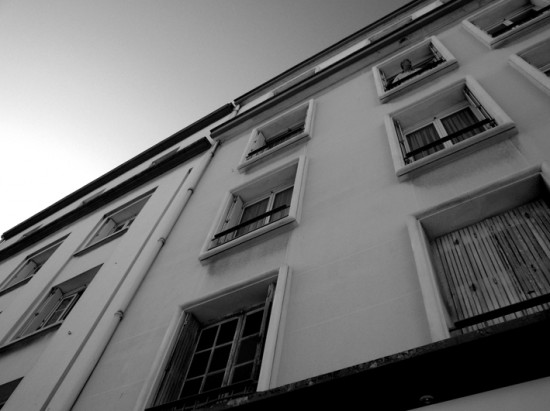 The lighting in that aspect didn’t come. So he decided to leave for the land of their ancestors, Brittany. He lost the plane and hardly happened to find the right way by train. Tucked into a sort of Marx Brothers cabin only stepped on the platform in Saint Brieuc to re-supply of cognac. He reached Finistère capital in search of its origins and intended to leave after two hours. No objection. Quite understandably, since Kerouac met the Brest left after the World War II Allied bombings. A city rebuilt, almost new and lacking interest. Between 1940 and 1944, during the Nazi occupation the city was target of 165 indiscriminate bombing. Only between August 7 and September 18 of that last year, 1944, Brest received thirty thousand bombs and a hundred thousand shells. Among the 16,500 buildings in the city there were seven thousand completely razed.

The past glory of the main artery of the city, connecting the Place de la Liberté with boulevard de la Marine, near the castle overlooking the river Penfeld mouth, rue deSiam, can only be seen in the Old Brest Museum located in the Tanguy de la Motte tower, once crossed the Recouvrance bridge. The Recouvrance is a neighbourhood that came off better than downtown from both  bombing and reconstruction. It gives an idea of ​​how it must have been Brest in the past.

The rue de Siam is named after the arrival of three Thai consuls led by Phya Pipatkosa ambassador to visit King Louis XIV at Versailles. They arrived at the port of Brest an early June 1686, sent by the king of Ayutthaya, Somdet Phra Ramathibodi III. Accompanied by six mandarins, three performers, two secretaries and two dozen servants, arrived laden with offerings. Marched on foot down the rue de Saint Pierre to the hotel of the same name. The deep impression caused made it to change the name of the street. It left to be named rue de Saint Pierre forever and became rue de Siam.

Kerouac also had to cause a deep impression on this same street, anchored in the old mismatched Le Cigare or Fournier bars, and in the ones he did not mention. Rue de Siam is now the second commercial street of the city. Rue Jean Jaurès has snatched the lead. Now the council tries to revitalize turning it for pedestrians and with the new tramway. 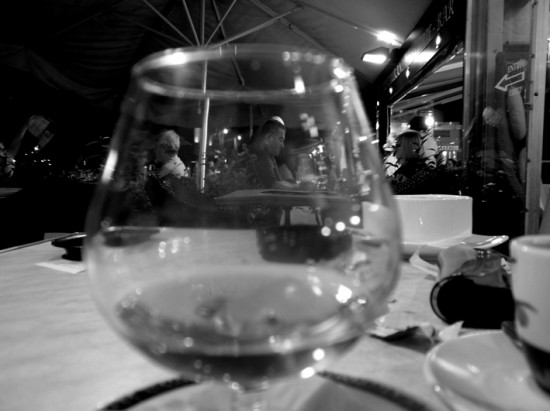 Kerouac returned to Paris, not after a couple of hours, but a few days later, after having met someone with similar surnames, and with a few more drinks. On the way to Orly he met Raymond Baillet, a taxi driver who talks on the way about politics, murder, marriage, celebrity, and with whom he shared a beer in a hurry pause along the way.

In Huelgoat, Finistère, a plaque recalls, since July 2000, the writer's line of ascent: such Françoise Le Bihan, Lord of Kervoac, son of the royal notary Françoise Le Bihan and Joachim Bizien Catherine, who left for New France in 1721 and married Marie Louise Bernier in 1732 in Cap Saint Ignace, Quebec.

Satori in Paris, the story he wrote on his journey was published four years before his death. Perhaps the satori was some deep meaninglessness mumbled by the driver, as suggested by Kerouac himself. Maybe it was the overall experience of a journey in search of something to be returning with another. Evidence hitherto banal. Simplicity. 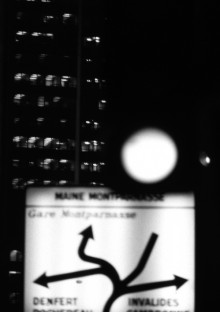 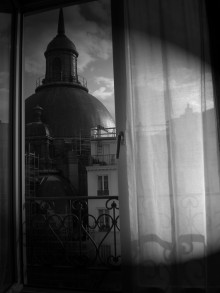