A sitting tiger smokes a long pipe parsimoniously. He looks at me as if I had always been there. Two herons take flight towards the sunset through the clouds. Maybe are the clouds of smoke exhaled by the tiger. No wonder who they are or what are they doing in my dream. Awake in Namsan-Dong hotel. Awake in Seoul. 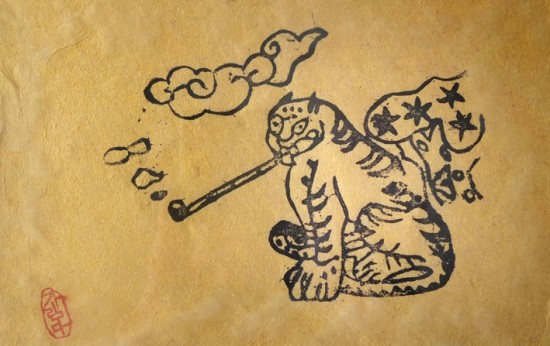 Amply reborn from the ashes of the Korean War, Seoul is a superlative city. Relying on its huge metropolitan area is the second only after Tokyo. Twenty-four million people crowd into it though only eleven properly belong to the municipality. They all generate a GDP close to 800 million dollars, which puts them in fourth place after Tokyo again, New York and Los Angeles. 1.768.064.067 was the number of views on YouTube that accumulated at the time of this writing the most popular rapper in town, Psy and his Gangnam Style.

But all these huge figures seem to vanish, not in the elite neighbourhood of Gangnam, but in old streets as Insadong, with its antique shops, tea houses and small restaurants that seem trapped in days that exist only in the memory of some elderly. Or where was the southern gate of the city, Namdaemun, one of the two that survive along Dongdaemun. Namdaemun, now in the centre of a square surrounded by an incessant traffic jam was the Great South Gate. Survived the demolition of the walls, the construction of the tram and even the war against North Korea, however failed to unbridled anger of a neighbour who, in 2008, caused a fire to protest against the government.

The proximity of the border, about thirty miles keeps the tension that periodically Pyongyang government unleashes with ballistic threats usually answered with demonstrations in the city. 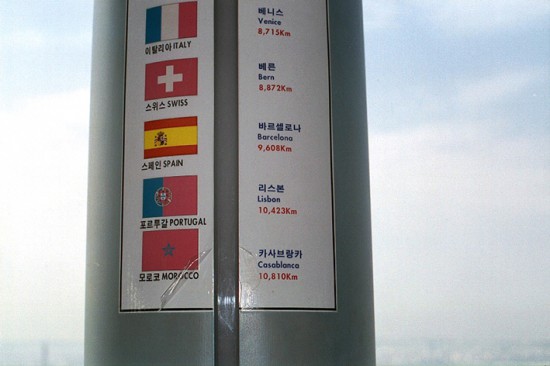 Seoul has large green areas in the centre of the city. Namsan is a 860 feet high hill where was built at the top the communications tower known as Seoul Tower or Namsan Tower, the highest point in the city. In its fourth floor there is an observatory with stunning views over the city where is also possible to eat at the revolving restaurant. A cable car, built in 1962, carry the citizens on top of the hill. It would compete for views with the 63 Building, a sixty-three floors skyscraper located on the banks of the Han River which was finished three years before the 1988 Olympic Games. Its external elevators lead to another viewpoint, no less spectacular than Namsan. Coated in gold, exaggerates this effect during sunset. It was until 2003 the tallest building in South Korea when it was surpassed by the Hyperion Tower complex in Mok-dong, in the same city and again in 2012 by the Three International Finantial Centre or IFC Seoul, at Yeouido- dong.

Other pleasant green areas surround the ancient palaces of the city. Changdeokgung, the East Palace, is one of the five grand palaces built by the Joseon Dynasty and retains some air from the Three Kingdoms of Korea period. It was built in the early fifteenth century and gardens covering half a million square meters, Japanese and Manchu insisted in destroying it several times, which did not prevent it to be faithfully reconstructed again. Changdeokgung was the site of the royal court and the government until 1868 when the neighbouring Gyeongbokgung Palace was also rebuilt. Today there are twenty-eight buildings and thirteen pavilions comprising a space of one hundred twelve acres. The main room or throne room is Injeongjeon pavilion which was used for ceremonies, coronations and receiving ambassadors. The last empress of the Joseon Dynasty resided in the Daejojeon where the style of living in the last years of the royal house can be seen. Next to Nakseonjae autumn reddish and greens hues are confused with the ones of the pavilions that rise and stands on the lotus pond mirroring themselves. The East Palace shared the story of the Joseon Dynasty during half a millennium, since its establishment in 1405 until the abdication of Emperor Sunjong in 1926. 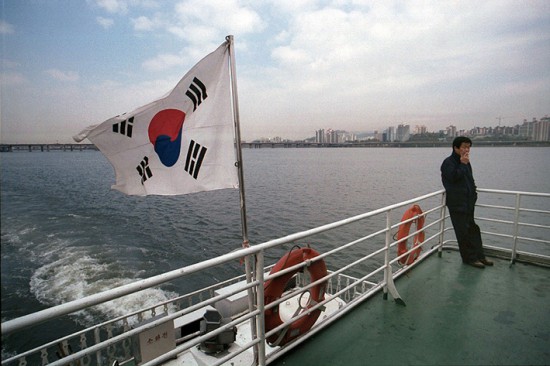 Another major palace in Seoul, Gyeongbokgung was the main residence of the Joseon Dynasty, built by the first monarch Lee Seong-Gye in 1395 is the largest of the five. As above was ravaged and reconstruction had to wait until 1867. It can be accessed under the southern Gwnghwamun gate. The outdoor yard is the where the throne room pavilion, Geunjeongjeon, was almost entirely wooden built and where the king granted audiences and solemn speeches. Access is adorned with animal figures among non- mythical beasts and dragons. In front of the entry in two rows of stones pointed the places dignitaries must occupy according with protocol.

Among the many pavilions in the palace, Gyeonghoeru was used to celebrate the royal banquets. It is a wooden structure supported by blocks of stone which is in the middle of an artificial lake. Three wooden bridges leading up to it. The Donggung was entitled to the princes and the Hyangwonjeong, a small two-story hexagonal structure is erected over another small lake and connected by a bridge. The name of the pavilion means something like the powerful aroma and the bridge called Chwihyanggyo means bridge intoxicated by the fragrance, a logical consequence given the proximity.

The Han River glides through the city, under its bridges and tunnels. Today are plotted for pedestrians and cyclists walks along its banks with some cafes and restaurants that allow pausing in the ride. 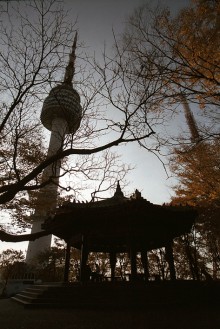 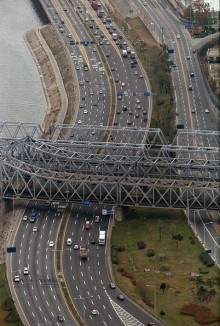