Berber Tariq ibn Ziyat al Layti, under the Yemeni commandment of General Musa Ibn Nusair, could not even imagine that at the point where the waters narrow, where the first Arab troops crossed in the conquest of a new world that would call Al Andalus, more than a millennium later would appear strange red booths where people could communicate over distance and that those panned fish cooked in oil that ate would be sold on brown paper under the name of fish'n'chips. 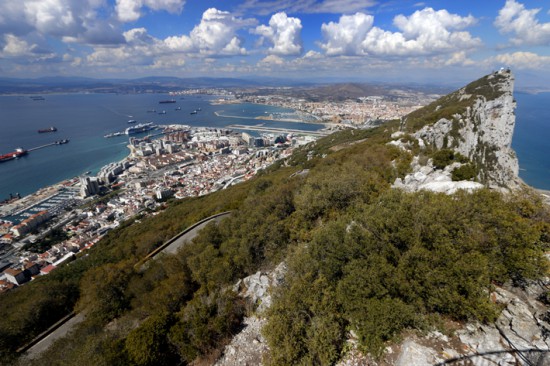 Tariq named the rock, Jabal Tariq, Tariq’s Mountain, which would result in Gibraltar and had previously been known as Mons Calpe, when identified as one of the two pillars of Hercules that marked the known world and split the , the Mediterranean from the Dark Sea. The Latin motto Non Plus Ultra summarized that there was nothing else beyond. The British simply know it as The Rock and John Lennon chose it to marry Yoko Ono in 1969.

In 1462 the territory was finally seized from Al Andalus by the Duke of Medina Sidonia and passed to Castilla in 1502. Just for over two centuries. During the War of Spanish Succession was occupied by Anglo Dutch troops. The match ended with the Treaty of Utrecht of 1713, by which was ceded in perpetuity to Britain. Maltese, Genoese Jews and Portuguese settled along the garrison in the place and since 1830 received the status of a British colony. Today, virtually become a tax haven, it houses the offices of thousands of companies and a growing tourist industry has been replacing the naval sector in decline. 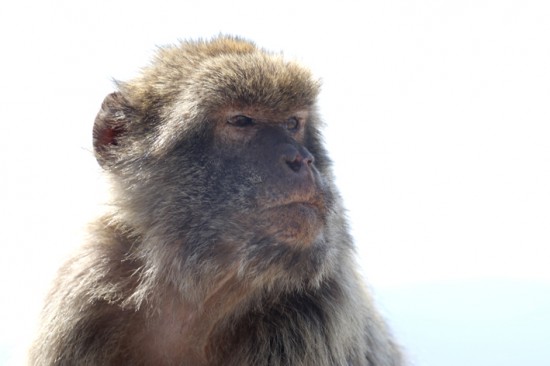 The official language is English although Gibraltarians, or Llanitos as are known  the inhabitants of the Rock, have developed a kind of pidgin in which both English and Spanish are used, or whether it is only spoken English it have a strong Andalusian accent.

Today, when there are no diplomatic problems, to cross the border is just a formality and a curiosity. Gibraltar is the only place in the world where to enter in their territory means to cross the airport runway. This cuts across the isthmus and a good part was built on land reclaimed from the sea. If anything colony lacks is precisely space. Part was won occupying no man's land place of the isthmus starting a new conflict with Madrid. They claim land to sea throwing large rocks and sand that are purchased in Spain, a paradox. And even piercing the rock. It is estimated that there are tunnels that extend for more than fifty kilometres in the bowels of the Rock, most dedicated to military use, a pair of tunnels that ease vehicular traffic, some voids used as water tanks and a wide natural cave opened to visitors, Saint Michel's Cave. A legend attributes the arrival of the Rock famous apes through this cave that would hypothetically be connected with Africa.

The Rock’s top is accessible by car but there’s also a cable car starting in Alameda Gardens. In six minutes reach the 412 meters height of the viewpoints. From there may be seen two continents, three countries and two seas. Between the top and Casemates Square, north of Main street, still stands the old Arab fortress, the Moorish Castle. When Casemates Square was closer to the sea was used as landing point by Abd al Mummin troops, the sultan who founded in 1160 Medinat al Fath, the City of Victory, below the castle. In the northern end of Main Road, maintaining the same layout, germinated the present day city.

In Main Road, which the Spaniards called Calle Real, are most of the tobacco, spirits, souvenirs and electronics shops, also Gibraltar’s Parliament and the Governor's Mansion. Of course the famous red telephone boxes that don’t allow miss London as the fish & chips and the ubiquitous pints of beer, which are also in the Irish Town pubs. Despite the name is the street that runs parallel to Main Road. At the end is the Old Police Station, a neo-gothic red brick building that was designed by the engineer Walter Eliot in 1864. Just beside opens John Mackintosh Square, a space that was the main square until the British initially renamed as the Parade, a place to parade, of course. In the square, between the back of the Parliament building and the Town Hall is the Main Guard, a building that housed the guard, as the name suggests, was subsequently firehouse and now hosts the Gibraltar Heritage Trust.

Going on to the south is the cathedral, St Mary the Crowned or Santa María la Coronada, occupying the place where in 1462 the former mosque was converted into a parish church. In front is a statue of a soldier, is a tribute to the Corps of Royal Engineers for the services rendered since 1704. The Residence of the Governor held since 1728 the grounds of the old Franciscan monastery founded in 1531 although the Gothic reminiscences portico was added in 1875. Under its shadow a military guard watch out as if he did at the London Tower. Governor Street is another street that runs parallel to Main. It is a little higher as it’s closer to the rock, and despite the proximity seems another world, almost desert. There are shops that look like to be across the strait even though boasting names as The London Bar or Eureka Meat Stall.

Near the cable car station, outside the old city walls is the Trafalgar Cemetery. It was created seven years before the famous battle in 1798, then known as Southport Ditch Cemetery and was in use until 1814. Spite of the name only two officers involved in the battle are buried here, Lieutenants William Forster and Thomas Norman.

In the south, in Europa Point, seems to pile up the Trinity Lighthouse, enlightening since 1841, the Harding artillery battery, the chapel of Our Lady of Europe, patron of the Rock and the Mosque of the Custodian of the Holy Mosques, that is, the king of Saudi Arabia, who paid the founds.

In the bleak side of the Rock, where the walls fall almost as a cliff, there are three small beaches: Windhill, Governor’s and La Caleta, also known as Catalan Bay by the participation of a battalion of three hundred and fifty Catalan soldiers in the capture of the Rock. It’s another War of Spanish Succession paradox. 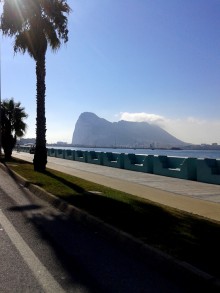 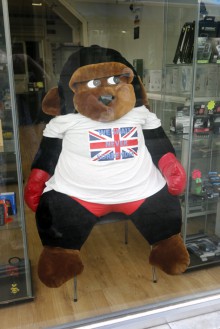