Near Guglie bridge, and besides fondamenta della Pescheria, there’s a small porch that easily goes unnoticed. A small yellow plate in the manner of those pointing the direction to San Marco or the Academy, indicates the entrance to Venice Jewish quarter. Just crossed the bleak threshold, on the left, there’s a Jewish pastry. Arguably, this is a sweet welcome to the Ghetto. Behind the glass the dresser shows Orechiette di Amman, Bisce, Zuccherini, Azime dolci and apple strudels under a pale yellow light that gives to the sweets a glow alike to that of egg yolk layers applied prior to push all of them into the oven.

The word Ghetto, with the exclusion connotation currently owns, comes from Venetian word Geto, meaning metal kilns which long ago were present in the area. As the Arsenal, copper smelters were military premises, run by the Geto House and the Geto officio del Rame, and as such were protected by high walls. At least fourteen of them were active in the fifteenth century and provided the alloy to manufacture guns for the Serenissima Republic campaigns in Terraferma. 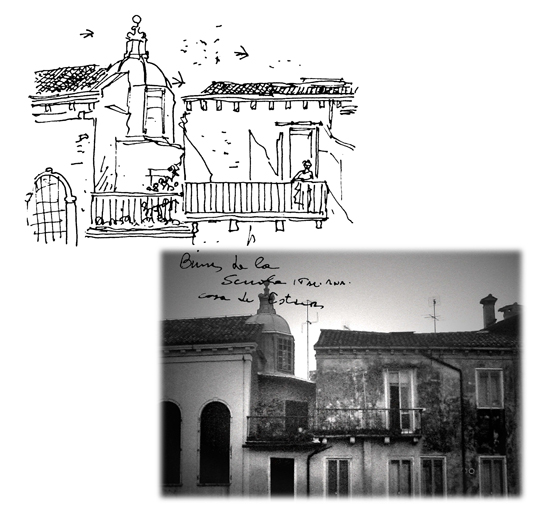 After 1492 Edict of Granada which decreed the Jews expulsion from the Kingdoms of Castile and Aragon, the War of the Cambrai League fought in the early sixteenth century between France, the Papal States and Venice and the Turkish advance in the Levant, part of the Jewish population displaced ended up in the Venetian Lagoon. Until March 29, 1516, they were scattered, with restrictions, in different areas of the city. But thereafter a decree enjoined them to reside in an area that could be easily isolated and controlled and only allow them to leave between dawn and sunset. It was proposed the Pentagon previously occupied by the new smelters, the Ghetto Novo, walled and with only two possible entries. Seven hundred Jews were forced to move that year, turning it in the oldest forced settlement. A century after more than five thousand people was crammed inside the perimeter. In the Ghetto Novo are the tallest buildings in the city. The Ghetto also spread around, expanding into the southwest and southeast of the areas known as Ghetto Vecchio, in 1541, and Ghetto Novisimo in 1633. The antiquity of the smelters is not related with the age of the forced settlements. The isolation of the Jewish Ghetto relaxed after Napoleon's victory over the Venetian Republic and finally ended after the unification of Italy.

Following the street, Ghetto Vecchio street, and once left the tombstone engraved with the penalties provided for false converts, is reached campo delle Scuole, a small square where three synagogues looms. Here synagogues are called Scuole. Spanish, the Levantine and Luzzatto Scola. The diverse origins of the Jewish communities resulted in the construction of individual houses of worship and assembly. From the Iberian Peninsula, arrived Sephardim and Marrani, forced converts. In 1580, they erected the Ponentina or Spanish Scola, the biggest Venetian synagogue, restored in 1635 by renowned architect Baldassare Longhena, architect of La Salute Basilica and Ca'Rezzonico. Ashkenazi rite Scola Grande Tedesca is in campo dil Ghetto Novo.  It was built in 1529 and has a curious trapezoidal floor. Alongside the Jewish Museum opened in 1955 houses an important collection of silver liturgical pieces.

Originally there were only two entrances to the Ghetto. One was the small metal bridge leading to Ghetto Vecchio. The window of a bookstore hovers over its eight steps. The other is Ghetto Novo bridge on Rio San Girolamo. At its northern entrance, in fondamenta dei Ormesini, two booths are still standing next to each rail. From both, neighbourhood comings and goings were controlled. A third bridge links, once crossed a low sotoportego Ghetto Novo with Ghetto Novisimo. From here it’s easily perceived how buildings rose into the sky. Today clothes lines drying clothing in the sun cross the river from side to side over the heads of the few pedestrians who walk between. 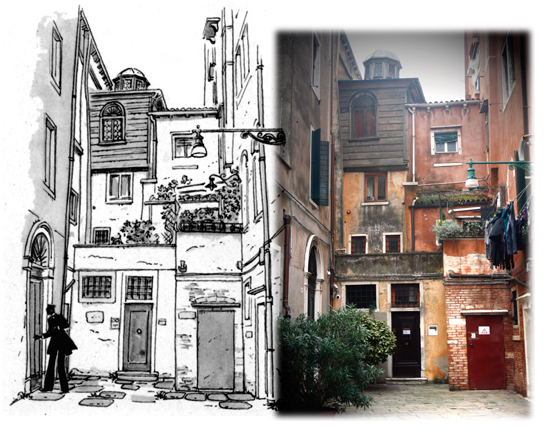 Nowadays the Ghetto is still home to three hundred Jews who have not given up on staying in this unique environment. The Campo del Ghetto Novo is permanently monitored by a carabinieri station, but obviously no longer watches its population but the security of the premises and staying in preventing an anti-Semitic attack. In the background, attached to a wall, are the reliefs of Lithuanian artist Arbit Blatas, reminiscent of two hundred Venetian Jews deported to Nazi concentration camps between 1943 and 1944. A yeshiva, a kosher restaurant and a bookstore accentuate the character of the neighbourhood. 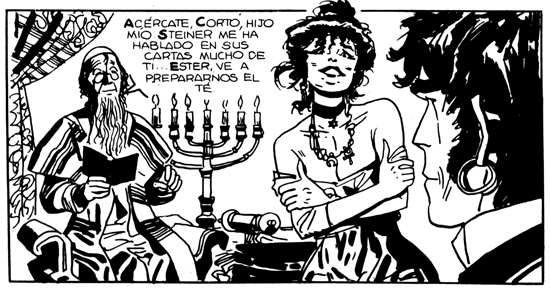 Other stories tell that a certain Melquisedech, perhaps it is the same that met Corto Maltese, was a goldsmith who lived in a house with a beautiful garden which was reached after crossing a narrow porch. He had found behind some rocks on the wall the Mutus Liber, an ancient book composed by fifteen tables, without any comment, that referred to alchemical formulas about the transmutation of material, the philosopher's stone!. It was printed in La Rochelle one day twenty-third of November 1666. They said the book was hidden by Josef Nassi, a XVI century relevant Spanish convert. Obviously something is not right. Also remembered precisely the Clavicles of Solomon, a book I once had the opportunity to see, in an 1641edition, bound in black velvet caps, in an old library in Seville.

Before leaving the Ghetto, on the bridge of San Girolamo, there’s even the feeling that not even Shylock, the merchant created by Shakespeare, was missing. 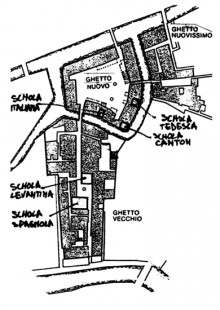 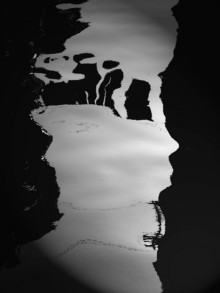 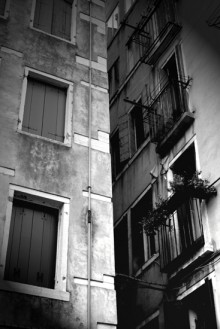 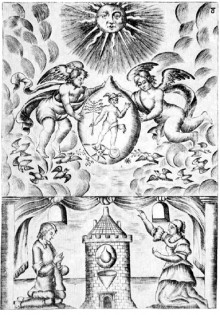