Homepage > The Lord of the Forest

The Lord of the Forest

One of the first books I remember have read is The Secret of the Old Forest, by the writer of Belluno, in the Veneto, Dino Buzzati. In his tale, Buzzati, told about an ancient forest, where trees were inhabited by spirits, goblins and winds who had names and the gift of speech. 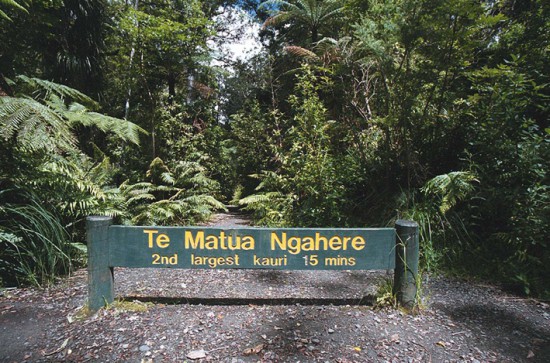 State highway 12 crosses along western Northland, the northernmost of New Zealand regions. Driving southward notes of iodine and sea salt arrives from the right. From the left hand it’s a deep smell of rust and holly plant and the light filtered moisture between branches and vegetation hoary leaves. Along this route, between Kaitaia and Dargaville are the conservation areas of island ancient subtropical forests. Four percent that once had come to cover the territory. On the year 1820 start the massive logging and by 1950 there were no more than 1400 square kilometres of ancient forests. Waipoua, Puketi and Omahuta are the main that have been preserved in the North.

Among them the real star, the true home of elves, is the Kauri, a huge conifer which scientific name is Agathis Australis. Endemic to the area, is a tree that can reach two thousand years old and exceptional dimensions, comparable only to the huge North American sequoias. Younger exemplars grow cone shaped branches. As grew up loses low branches and forms a large cup that overrides the species that surrounds it. 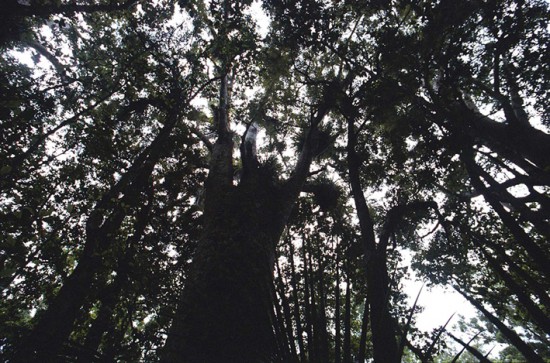 Waipoua forest contains three quarters of existing kauris keeping still its original condition of virgin forest. Tane Mahuta and Te Matua Ngahere are the two most famous examples of kauri tree. And the biggest one. Tane Mahuta means Lord of the Forest. And it is. It is the largest specimen of its kind there. It has an age estimated between 1250 and 2500 years old. A generous margin of error, no doubt. Its height is one hundred fifty four feet with a perimeter of almost forty two and a volume of 245 cubic meters.

Tāne, is, in Maori mythology, Lord of forests and birds. Son of Ranginui and Papatuanuku, both always represented in a tight embrace. Their children lived in the darkness between them. Tāne can not grow in such tiny space and Tū, god of war, is prepared to kill their parents, but Tāne don’t agree, believing that split them would be a better solution. Pressing he sends Ranginui skyward where he will become god, and transforming Papatuanuku in mother earth, so creating a space in where light and air enter allowing life to flourish.

Te Matua Ngahere is translated as Father of the Forest and is the second giant Waipoua kauri. Not as Tane Mahuta with its two hundred eight cubic meters, but it surpasses in scope: nearly thirty feet. 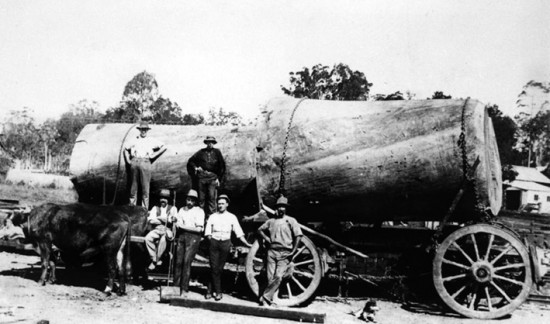 Memory preserved specimens of other exceptional and disappeared big trees. One of the largest ever known was the Great Ghost who grew up in the mountains of Tararu Creek, at the mouth of the Waihou River near Hauraki Gulf. New Zealander historian Alastair Isdale wrote about its end in a terrible fire in 1890. Another kauri, Kairaru, sixty feet perimeter burned in another major fire late nineteenth century, on the slopes of Mount Tutamoe. Near Waipoua Forest there is another large forest reserve, founded 1921 by a generous Cornish named James Trounson. The park contains about four thousand kauris in an area of ​​about four square kilometres.

Among kauri forests also survives what has turned into a kind of national symbol, the silver fern (Cyathea dealbata), a variety of fern that can reach as much as ten meters high and can be found throughout New Zealand, including the All Blacks shirt. 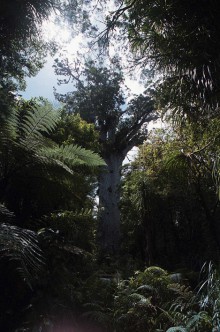 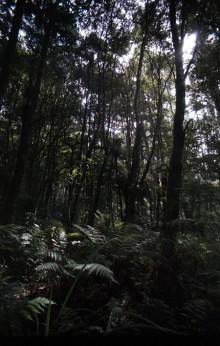