Homepage > Tiles of the Blessed

Tiles of the Blessed

Valldemossa, located on the Mallorcan Tramuntana Mountains, is mainly known for its Real Cartuja, the old royal friary. Mallorca’s King Jaime II ordered its construction to his son Sanç in the thirteenth century. In 1399 Martí l'Humà yielded to the Carthusian friars who lived there until the Mendizabal’s secularization in 1835. Visits to the monastery are mainly concentrated in the cell that inhabited Frédéric Chopin and his lover, the French writer George Sand. 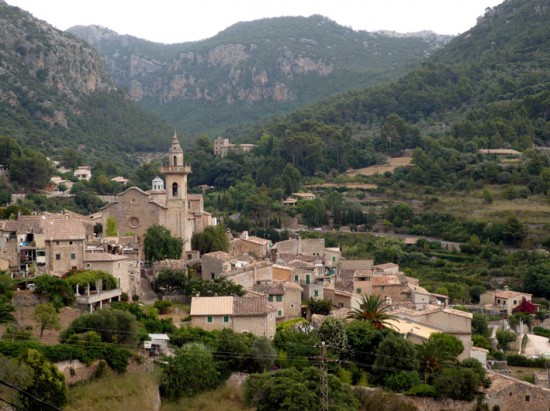 However, wandering in the ups and downs of its narrow cobbled streets, shrewd passers not escape the detail of the tiles that garnish each portal. Going to Cartuja square through Rosa, Francisco Frau, and Ruecas streets, there is virtually no trade or housing not decorated by one of them. The tiles ask protection to the only local Sainte: Caterina Thomas. 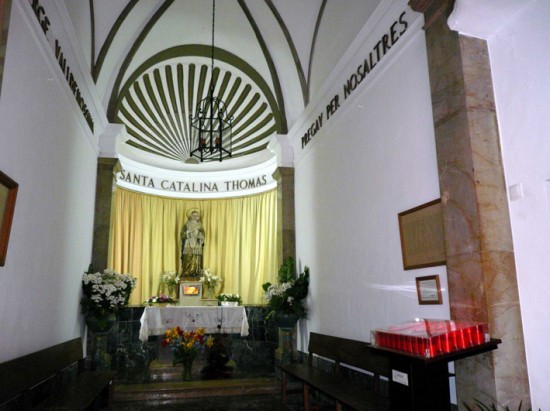 Caterina Thomàs, or Caterina Tomàs o Catalina Thomàs, Jaime Thomàs and  Marquesina Gallard daughter,  was born on May, 1531. Soon was orphaned and sent to live with her uncles. When she was twenty she entered the St. Augustine Regular Canons Order in Santa Maria Magdalena de Palma cloister. During her stay, along the rest of her life, she wrote her mystical Spiritual Letters. Her ecstasy became increasingly frequent, some of them accompanied by prophecies, including the one about the day of her death which happened in April 5, 1574, predicted ten years before. Since then, her remains are in the Gothic church belonging to the same convent she had entered. The street has been renamed, now has the name of the Sainte. At the end of the nave, in a side chapel next to the chorus, remains in the twilights a glass urn with the incorrupt body of the Sainte. Two golden cherubim worship her upon the cover. Two centuries after his death, in 1792, Pope Pius VI concluded the process of beatification. Another Pope Pius, the XI, canonized her in 1930.

In Valldemossa, her birthplace, 5 Rectory Street, has become a shrine dedicated to her image. At the bottom, in a small box, there are still some relics of the Sainte, which are shown every July 28, the Feast of the Blessed, in a procession that runs throughout the streets of the town along the festival celebrated in her honour. The birthplace was restored in 1955, on twenty-fifth anniversary of her canonization. In January 2011, Diario de Mallorca and Ultima Hora journals echoed the attempted theft of such relics: los malhechores no consiguieron sustraerlas aunque causaron algunos daños en el cristal, escenario de un posible intento de robo, aun no esclarecido.  (“Evildoers failed to remove them even caused some damage to the glass", "Scene of a possible robbery attempt, not yet clarified”.) The incident was reported to the Civil Guard and local police. Ten years ago there was already a similar event. 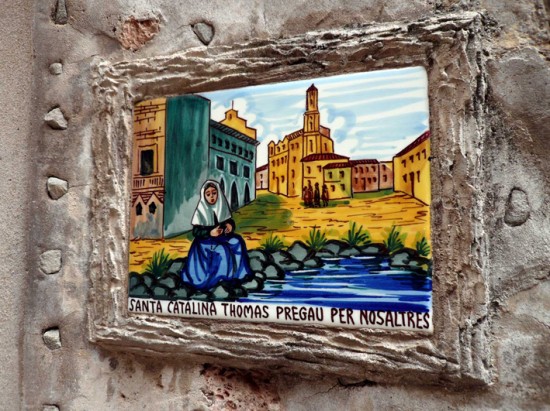 Iconography often linked her with Saint Anthony Abad holding hands to lead her back to the convent in an episode where the Blessed was lost. Other recurring scenes depicted her in praying position with rosary beads in hands or surrounded by angels, or with a handful of sugar in one hand and a bird in the other, as an allegory to both of her miracles. Not far from where she was born, opposite the rectory, in a corner of the small square, there is a bronze sculpture of the Blessed, dressed as a peasant, with eyes closed and hands folded into each other with a water source below her feet.

Nor King Sanç old Palace and not even the post office lack of the tiles of the Blessed. 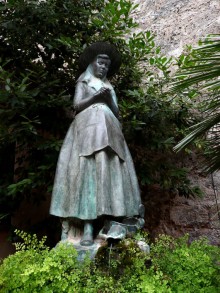 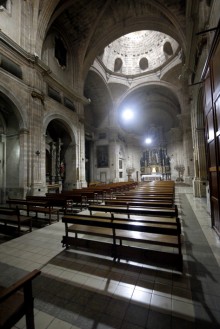