It’s Parisian. Very Parisian. The square is so much that could be unabashedly compared with place du Marche de Sante Catherine in the heart of the Marais or the Latin Quarter Contrescarpe of the French capital. Arguments not lacking. At one of its side rises the Hotel de Francia y Paris, that's the name, a very reasonable three star, with a somewhat vintage flavour and a transitional reforms limiting water sporadically. Just in front, one of the bar restaurants holds the title of La Parisien, reaffirmed in the glasses with the stamp of the country’s official beer, the one of yard’s cross. Beside, a plate of salty shrimp and the expectation of marinated dogfish. 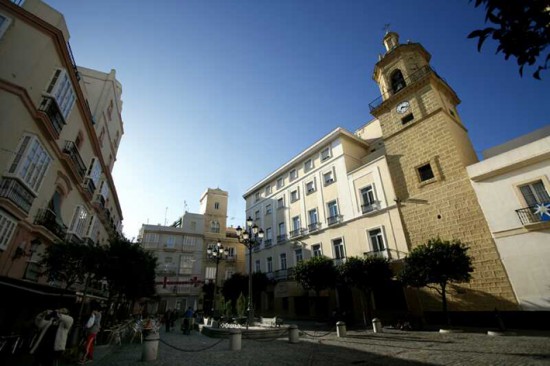 From the window of the third floor of the Hotel de Francia y Paris it’s possible to count the eighteen orange trees planted in the square. The six streetlights with eighteen flashlights, excluding fixed to the walls, four more, so twenty. Among them parade a group of tourists, probably British or French, pursuing the path of a yellow umbrella marked with the number five in black. Another group, certainly unknown, goes out from a church door riding bikes, all dressed with every safety in prevention to a possible close encounter with the asphalt. A thin man with a moustache abundant dyed in nicotine, go begging among the outdoor tables, draining a cigarette almost non-existent between their index and middle fingers, while a customer of the cafe next La Parisien, the San Francisco Uno goes out reluctant and slowly, grasping without any reluctance the left buttock of his female companion. The waitress, Isa, clearly limping, complains for her right foot, meanwhile one of his guests sips a seafood soup with pasta and drinks a beer. Customers with children transported in strollers, take room in one of the empty tables early in the afternoon with the sincere hope of asking, and even taste, a really cold soda, orange, lemon or barley refreshment, although we are in the beginning of winter. Isa takes note in her PDA and go back into the San Francisco Uno to prepare the order. 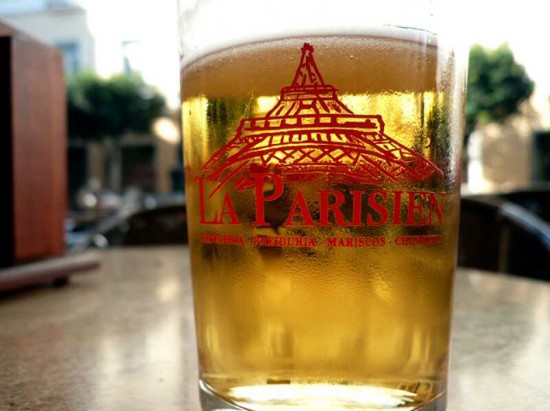 The square is bounded to the east by another square, Santísimo Cristo de la Vera-Cruz, the Holy Christ of Truly Rood, where ends the church wall. Also there begins San Francisco street. Parallel, in the other side are Rosario Street and Tinte alley, both crossing Sagasta Street which ends at the beautiful Mina square where the City Museum is. In the Gazetteer of 1857 the square were still named Oreto, perhaps a typographic mistake for Loreto. Also was called Velazquez, Galan y Garcia Hernandez and Calvo Sotelo. 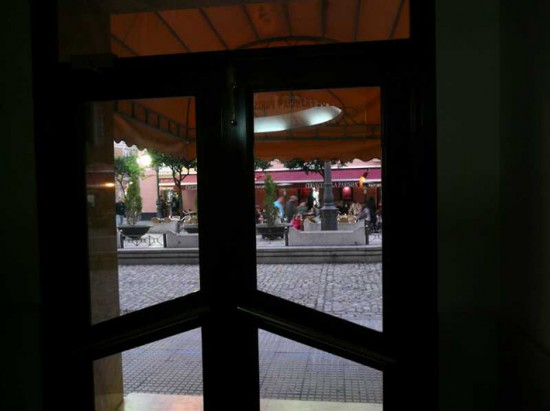 Afternoon sunlight ascends strangely from the streetlights bottom illuminating most of the square. At this point kids who have already left school fills square with their excitement and plays. As the sun moves and transmuted light into shadows streetlights begin to illuminate. San Francisco effigy on the marquee of the old convent, tries to read, if the foliage of an orange not impeded, the name of the Irish pub located just in the opposite sidewalk: O'Connell's. Probably, if they would know, in late eighteenth and early nineteenth centuries Kerry's political memory, who advocated the participation of Irish Catholics in the British Parliament. On one side of the door a poster announces the availability of snacks and full Irish breakfasts, thought they don’t want to recognize substantially similar to British, Scottish or Welsh breakfasts. Even with Ulster or Kerry ones. An old and known toucan suggests there are precious stocks of Dubliner barley fermented nectar. Another claim in the windowpane says Wines and Spirits Merchant, promises with justice a shot of Jameson, Tullamore or Paddy. Despite English advertisements the parish attended by three waiters with Guinness apron is mostly local. Except to my left, where a guy with a thinly veiled British accent calls for a pair of Light Coke melted with cheap whiskey. To my right the black the big black eyes of Bea urgently requested a coffee with milk pa llevá, to take away. Collect her belongings hastily, the pa llevá coffee with milk, her big black eyes and goes away.

Outside there are not yet tourists neither children nor cyclists nor diners. Nobody begging and Isa, limping, has already gathered their tables. A handful or two of young people take advantage of the centre of the Plaza de San Francisco to start the first bottle of a promising long weekend in Cadiz. 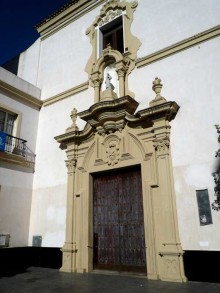 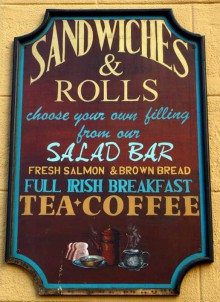