Belfast has scars from the Troubles days. Scars as the seventeen sectors separated by walls even today in some areas of the city closings doors at six o'clock in the evening. 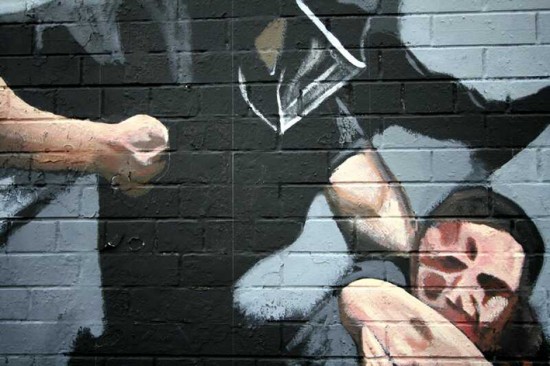 But not all scars lack a certain charm. Also stays hundreds of political content paintings that fill the townhouses rows sides in working-class neighbourhoods. From both factions. The habitude, though scarce, was at first loyalist, and dates from the early twenties of the last century. Protestant Unionists liked remembering the Battle of the River Boyne in 1690. Obviously because King William III emerged triumphant on the Catholic James II with the subsequent control of Ireland by England. It happened one July 12, date when loyalists parade with bands, bowler hats and any other Orangeman paraphernalia, and whenever possible, that is, always, through any Catholic neighbourhood, preferably Garvaghy Road in Portadown, where parallel to the Protestant custom of parading is added the Catholic tradition to stone who parade. Traditions. King Billy, as he’s affectionately called, often wears her equestrian figure in Northern Irish Protestants walls. It is a theme that becomes popular even wielding a gun pointing to a tombstone.

Curiously, it wasn’t at the start point of the sixties riots when mural paintings popularity began. In fact, nationalist Catholics had no tradition until in the late seventies hunger strikes initiated the launch of the graffiti. A group of nationalist convicts rebelled against the withdrawal of special category for political prisoners by the British Government refusing to wear prison uniform that equated to common criminals. In 1981, ten prisoners, who included Bobby Sands, who was elected to parliament during the strike, died in the Maze prison. Supporting mural for the strikers multiplied that spring and summertime and also appeared those supportive of the Irish Republican Army (IRA). These showed militants dressed in their uniforms, masked and exhibiting their automatic weapons. Unionist answer consisted in the proliferation of similar wall paintings, so similar that differed only by the initials and symbols that accompanied them, not on masks. Union Jacks, flags with the cross and the red hand of Ulster and the six-pointed star representing the six counties flourished in unionist Belfast working class neighbourhoods as Little London between Shankill Parade and Hopewell Crescent.

Both sides mystified the cause and paramilitary organizations: Provisional Irish Republican Army and other republican and loyalist variants Ulster Freedom Fighters, Ulster Volunteer Force, Loyalist Volunteer Force. Both also glossed their fallen. In the beginning paintings were not lasting often reused by the authors painting new designs or new messages. Also, because the opponents or the security forces stained murals with bags of paint. This proved they were effective and that the message was annoying. An incentive to do it again.

In Derry, one of the first republican murals, although not overly pictorial at all, merely stating the territory: You are now entering Free Derry, in Lecky Road, marking the entrance to the Catholic Bogside district, at the foot of the walled city. Soon this would be replied in Belfast with a plain You are now entering Loyalist Sandy Row, a unionist neighbourhood. In Derry’s Bogside have remained some of the most representative murals of the period. The most elaborate belong to the group that was eventually called The Bogside Artists. From the castle, behind the wall’s parapet, can be appreciate the activist Bernadette Devlin addressing to demonstrators with a speaker in what was called the Battle of the Bogside. Devlin was sentenced to six months in prison. A few steps away is the mural dedicated to a Molotov cocktails pitcher during the 1969 riots when Ulster constabulary tried to dismantle the barricades at the way into the neighbourhood. And the one dedicated to Annette McGavigan shot dead by British Army on 6 September 1971, when he was fourteen. This was titled Death of Innocence. There are also those devoted to January 30, 1972, the Bloody Sunday, which killed thirteen people by army gunfire during a march for civil rights, six around Rossville Street barricade.

On 31 August 1994, the IRA declared a complete ceasefire, and the 1998 Good Friday peace agreements were signed, but unfortunately even more civilians had to die. The stockpile decommissioning would not occur until July 2005. Mural paintings topics incorporated speeches with references to the peace process and the efforts for peace and tolerance. More recently nonviolence and participation are becoming an increasingly popular subject, as in Lower Shankill in Belfast where reads Nothing about us without us is for us... made with hundreds of small pictures trying to generate positive images as part of the Arts Council of Northern Ireland communities’ redesign.

Years of unrest have left behind about two thousand murals. They have been transformed in a tourist attraction that allows reading Northern Ireland recent history. Absolutely recent.