Starting from Granada’s Plaza Nueva and ascending the sloppy Gomérez Street, once crossed Granates door, going even a little further, it’s Generalife Boulevard. It’s mandatory to stop a few seconds just to catch breath again. Looking up from the ground, on the right, across the street, stands Washington Irving Hotel. A semi-abandoned ruin. 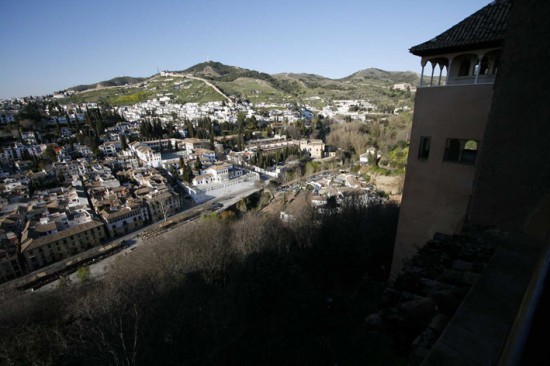 One day, not long ago, closed its doors. In the late nineties, was a bustling three-star hotel, conveniently located within the grounds of the Alhambra. In better times, during sixties and seventies, costumers, mostly American, were going back and forth and about thirty employees worked in the establishment. In ancient reception desk requested accommodation the painter Fortuny and American writer Helen Nicholson. Earlier in that same space, an inn existed since the seventeenth century. It was called Siete Suelos, the Seven Floors. And it is said that there were to stay much of the romantic authors who visited Granada, including, in 1829, American writer who ever after named the hotel, before he was granted permission to overnight at Nasrid palaces. 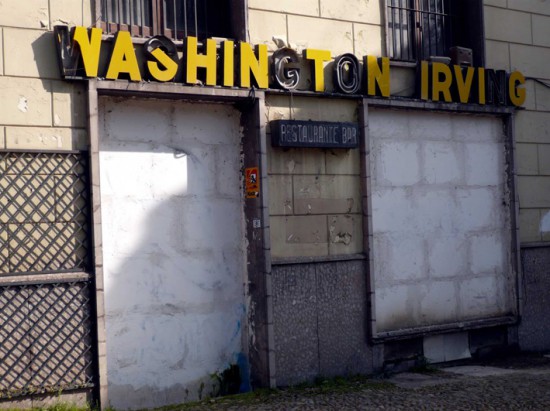 While at the sidewalk, hotel name letters are dropping, in front a plaque by Justice Door and a bronze statue recall the writer's stay in Granada. Irving had already published some of his works, including The Legend of Sleepy Hollow, when, during a stay in Paris in the winter of 1826, received from Alexander Hill Everett, U.S. ambassador accredited in Spain, an invitation to visit him in Madrid. The ambassador had an impressive library about Spanish history that fascinated Irving. From his inquiries, study and curiosity about the peninsula bloom the seed that would forge the basis of several of his novels. Irving, began using the vast documentation that was available to combine history and fiction, a prolific genre today.

Along his travels through Andalusia Irving had resided in Puerto de Santa Maria, in Cadiz bay, on the corner of San Bartolomé with Palacios streets, where he arrived on August 24 Bölh invited by the Faber family, related to the Osborne, before starting the journey that takes him to Granada. A marble slab in front of the building attests the event. 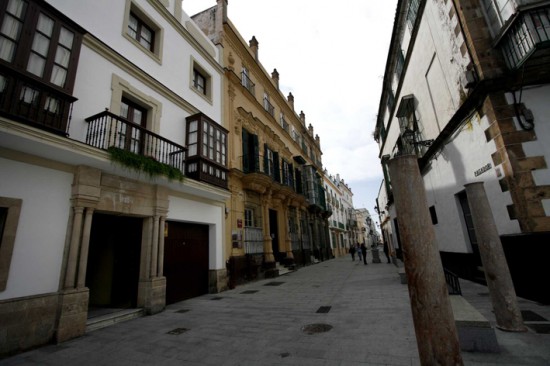 In 1829 he obtained permission to reside in the same Alhambra, even inhabited at that time. He wanted to remain at the scene of his stories, as he himself said to get some writings that connect with the place. He stayed in a room of the Nasrid palaces, close to Comares Tower where another plaque commemorate it

But that same year, 1829, he was called to the American legation in London. Irving could not decline the offer and the same month of July he left for London. In January he had published the first of his works on Spain: The Life and Voyages of Christopher Columbus. During his London stay Irving outlined the rest of his novels devoted to peninsular history: Chronicles of the Conquest of Granada, Voyages and Discoveries of the Companions of Columbus and Tales of the Alhambra, the latter published simultaneously in the United States and Britain. Washington Irving even returned to Spain as ambassador from 1842 to 1846, the year in which definitely would return to his home in Sunnyside, New York.

His Spanish works have been widely distributed, but none of them at the level of Tales of the Alhambra, written in the style of the above on a solid historical basis and on a line that sometimes recalls the stories read in Arabic Nights. Tales of the Alhambra seem a souvenir on the shelves of Granada’s Alcaicería and Bibarrambla shops, where a cover has the same title in German, along with others in French, Japanese or Russian. A nineteenth-century bestseller even for sale. 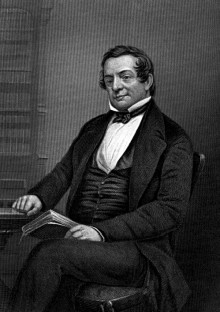 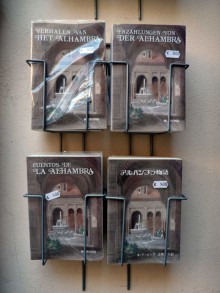