From New Amsterdam to New York

Dutch attempts to settle in the New World were not crowned with overwhelming success. Apart from a territory in the Amazon South America, Surinam, retained until 1975 and some Caribbean islands in the Lesser Antilles, others were various adventures and curious anecdotes. Some with consequences.

The United Provinces, Republik der Nederlanden Zeuen Verenigde, as it was called in the seventeenth century the Dutch Kingdom, established by the Company of the West Indies, Vereenigde Oostindische Compagnie, between English Virginia and French Canada a small territory which named New Holland. In 1609, Henry Hudson was an Englishman employed by the VOC, who would be responsible to find a passage to the Pacific from the north. He sailed the river that now bears his name until the depth of water prevented it. Dutch colonists established Heenstade, Fort Nassau, Fort Goede Hoop, Wiltwyck, Schenectady and Zwaanendaal settlements along rivers that go deep into the territory where they traded basically beaver pelts with indigenous Algonquin and Iroquois people.

In 1621 the VOC was replaced by Westindische Compagnie, WIC. Its new director, Petrus Minuit, a Walloon who came from the town of Wesel, Germany, bought for 60 guilders a small island in Hudson Bay to the Lenape Indians, related to Delaware tribes. Already in 1609 the officer on the ship Halve Maen had registered the name of that island as Manna-hata. Soon, in the south of the island began the construction of a new settlement which would be named Nieuw Amsterdam. In May 1623 from the United Provinces came 260 tons vessel under Captain Cornelius May. Landed thirty families. About one hundred ten people.

While the bubble created by the tulips trade, the tulip mania, bloomed in the metropolis, the new colony was growing. In 1638 was being forged the city’s multiethnic seeds. There were Walloons and Flemings, English, Swedish, French and Irish, Danish and German. And a son of Dutch and Moroccan, named Anthony Jansen van Salee, whom everyone called the Turk.

Cartographer and watercolourist Johannes Vingboons got already prestige at the time he made a map of ​​Manhattan area and the Hudson River, Manatus gelegen op de Noort Rivier, in 1639, in which we can see the windmills near Fort Amsterdam, and the few then constructs listed in the lower part of the island. In 1664 made a watercolour profile of the population, in which the facades of houses and stores frontline appreciate in some cases the same characteristic style of Dutch facades, a mill, the rampart of the fort and the steeple first church St Nicholas Dutch Reformed Church, built in 1633.

One of the first urban cards of the city is laid out by the then colony Inspector Jacques Cortelyou in 1660. Seven years later the Dutch cartographer Jean Blaeu with others copied it and incorporated it into an atlas that was sold to Cosimo III de Medici. The map was recovered in Villa de Castello, near Florence, in 1916 and then reissued with added details and colours by John Walcott Adams and Newton Phelps Stokes. Both channels are seen entering the city, Bevers Gracht and Heere Gracht, of course Fort Amsterdam and in front Heere Straet. This whole area was next to the governor's mansion and is currently the Alexander Hamilton U.S. Custom House, Battery Park and Bowling Green. From here started Beaver, Bridge and Pearl streets, then Bevers, Brugh Straet and Paerel Straet, the latter marking the limit of the population with the East River. Among these also was and is currently Browers Straet, Stone street today, and in the mid-seventeenth century the first street paved with cobblestones where dwelt the colony‘s wealthiest families. Another limit was marked by the fence, now Wall Street. 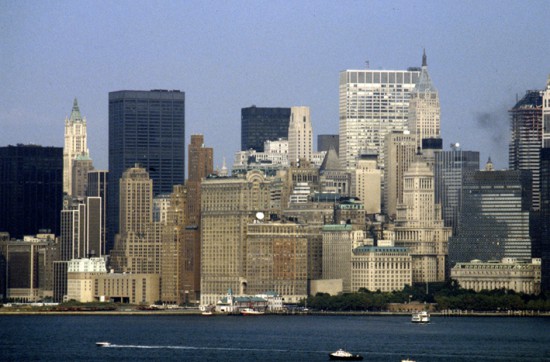 In 1664 the new colony had reached 1500 inhabitants. That same year an English fleet led by the Duke of York threatened to attack the port of New Amsterdam. Forces overstepped general manager Peter Stuyvesant who surrendered the colony on September 24. The province and the settlement was renamed New York, ending the Dutch adventure in the north of the continent . 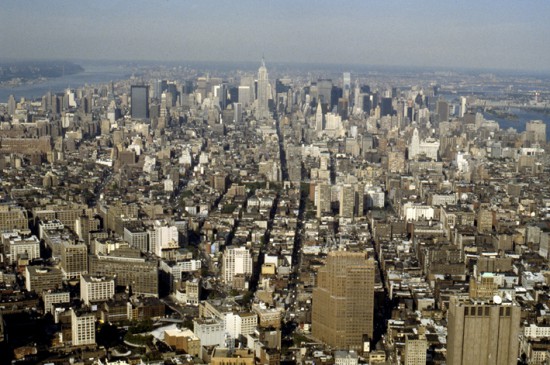 Just two centuries had elapsed when the profile of the city began a remarkable change to the heights over the idyllic appearance of Vingboons watercolours. During the last decade of the nineteenth century lived a struggle between various city newspapers wishing to have their offices above the competition. New York World won placing twenty-story headquarters at 348 feet high on Frankfort street. Today there is neither newspaper nor the street and the building was demolished in 1955. With the new century new towers came to left below World Headquarters. The Park Row Building, the Singer and Metropolitan Life Insurance Company Tower set the bar higher. The latter specifically to 700 feet, with its fifty stories in the beginning of Madison Avenue. The height records fell so quickly as skyscrapers grew up. In 1913, the Woolworth Building, at 233 Broadway, was over 792 feet with fifty-seven stories. Maintained supremacy until in the decade of the thirties with the Art Deco breaking through. Just in 1930 rose two new giants: the Bank of Manhattan Trust Building at 40 Wall Street, which would be passed a month later at 405 Lexington Avenue by the famous Chrysler Building. Its seventy-seven stories and 1046 feet exceeded the Eiffel Tower in Paris. The glory was short-lived as the following year, 1931, was concluded on Fifth Avenue near 34th Street, the Empire State Building. It added to the city nearly 42 acres of offices and was for years the tallest building in the world until it was surpassed in the same Manhattan, in 1972, by the World Trade Centre twin towers. The terraces were at 1368 feet above sea level and its antennas reached 1727. Until collapsed after the attacks of September 11, 2001. The new One World Trade Centre complex has in its main tower the same roof, 1368 feet with antennas spire reaching the 1776. 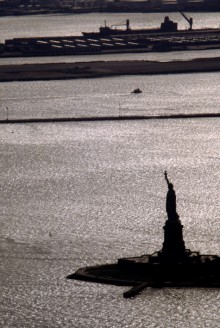 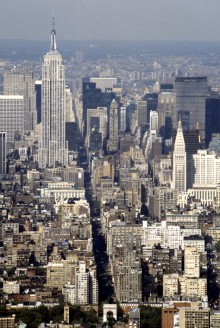