Homepage > Welcome to the Land of Ch'tis

Welcome to the Land of Ch'tis

Bienvenue chez les Ch'tis is the original title of the French comedy of Dany Boon released in 2008. The film is an acidic comedy on life in northern France, Nord-Pas de Calais. Southwards, is the Somme department, the flowery Picardy region and the bitter memories of the war in the trenches. 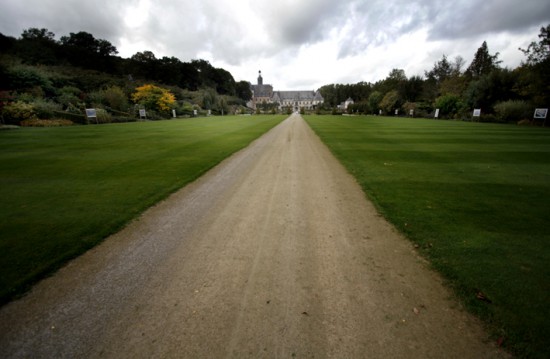 In French Flanders are distinguished in the distance, and even before reaching destination, the beffroi, the belfry, the solid bell towers characteristic of the region that were used as watchtower, bell tower and stronghold where the treasures and the municipal archives were deposited. Bergues beffroi, in the second city after Dunkirk in this French Flanders, is particularly attractive. Dating from the fourteenth century, although, as many others, was destroyed by the Germans in World War II and rebuilt in 1961. Still carillon concerts are played, such as in the Boon movie. Talking about Bergues there are organized tours to the scenes of the filming, Ch'tis Tours, starting from the belfry, the post office, the water channel through the city and the city hall. The old town has a curious circular shape that may respond to a primitive fortification, as the walls of which still retains important sections, extend around an outer perimeter that was designed by Sébastien Le Preste, Marquis de Vauban, the famous French military architect. In Bergues is also striking Saint Winoc’s abbey tower with its sharp slates spire.

On the coast, this French Flanders joins Belgian in its endless beaches exposed to the winds chars à voile do not hesitate to take advantage of. These land craft with large sails reach speeds close to 90 miles per hour. Right on the Belgian border are Bray Dunes and Zuydcoote, both towns appear in Hugo Pratt graphic novel The Celts, in the chapter that borrow their names Burlesque entre Zuydcoote et Bray-Dunes.

The following department, Pas de Calais, it’s precisely Calais the city that monopolizes the passage to Britain at the narrowest point of the English Channel. Formerly on the barges that bound to Dover, or in accounts of Dickens: A Tale of Two Cities. Currently the high-speed railway links them underground. Further west is Boulogne sur Mer, in the year 43, when Rome called Bononia welcomed the fleet which should invade Britannia. In fact, the Ville Haute corresponds to the ancient Roman camp that shaped the old town and to this belong the foundations used later by the medieval wall. Many years had gone when on the August 17, 1850 died in the city General Jose de San Martin who lived in there for two years earlier, in 1848. The house he occupied in the 113 Grande Rue, is currently the Argentine consulate. When the night of June 15, 1944 three hundred units of the Luftwaffe bombed Boulogne during the last Great War they managed to destroy a submarine base installed two hundred yards away from the statue of the Liberator, nothing left standing except this. Even today they call it the miracle of the statue of San Martin. Also have arrived in this day the Vieux Boulogne, Old Town, gateways. They were named des Degrés, des Dunes and Porte Gayole.

Inland, in Arras, where there are still Picard language speakers as in the neighbouring department of Somme, features its magnificent squares linked by rue de la Taillerie. La Grande Place is a wide five acres space where the Flemish facades loom, some of the fifteenth century as the Hôtel des Trois Luppers built in 1467, with slate gradient rivets here called pas de moineaux. Each has its own ornamental details that make them singular beside neighbours. The Place des Heros, smaller, has the same style houses. Beneath the Hôtel de ville, the City hall, in the same square, looms the fifteenth century belfry. Further, the ancient abbey of Saint Vaast currently houses the Museum of Fine Arts and the Municipal Mediatheque. Arras also has a fortress, the citadel, the work of prolific military architect Vauban, which was built it to protect the city from the Spaniards stationed in Flanders, however, to never have been attacked, earned the nickname la belle inutile, the useless beautiful.

Amiens, the capital of the region of Picardie, is renowned for its great cathedral, the largest in France doubling in volume at Notre Dame in Paris. It was built in a relatively short time, between 1220 and 1269. In the main façade is developed, carved in stone, an extensive narrative of the Bible. The English writer John Ruskin gave a broad description in his book The Bible of Amiens just published in 1885. In 1904 Marcel Proust visited Amiens to translate the text of Ruskin that surpassed in size in his foreword. Amiens Cathedral holds a relic of John the Baptist, the front side of his skull, the head that was served on a silver platter to King Herod of Judea. A canon of Picquigny, Walon Sarton, brought it in 1206 from Constantinople after the Fourth Crusade, offering it to his bishop Richard Gerberoy. Inside the cathedral pavement forms a large labyrinth on the floor. Its centre converges in the four figures representing the architects Robert de Lozerques, Thomas and Renaud de Cormant and Bishop Evrard of Fouilloy. In the Middle Ages the pilgrims who came to venerate the relic of the Baptist kneeling roamed the labyrinth path for indulgences.

Amiens, the little Venice of the North, has a small Amsterdam in Saint Leu quartier, a former neighbourhood of dyers crossed by the River Somme and several of its channels. In the area near the cathedral and along the Quai Belu are restaurants and terraces. Amiens beffroi also has a massive tower built in the days of Louis VI of France, which shares space in the place au Fil with an outdoor market.

Leaving behind the Picardy capital and following downstream the course of the Somme to the Opal Coast, you get to Abbeville which has two magnificent examples of Gothic churches, the Church of the Holy Sepulchre and the flamboyant style Saint Vulfran. In Argoules, Valloires Gardens exhibit five thousand species of plants and shrubs in a large space of nineteen acres in which nothing is left to chance neither the selection of varieties nor the position chosen to grow them up. Here you can see and smell many varieties of the famous Roses of Picardy. 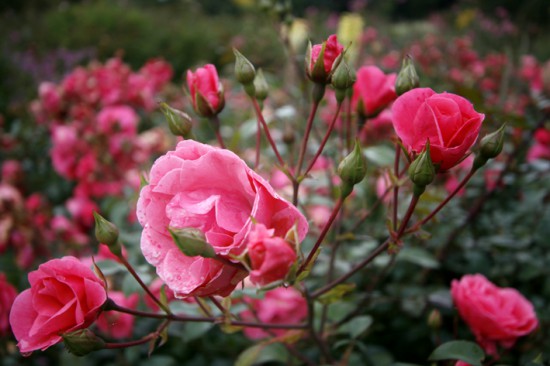 Rue, a fortified city that once had seaport, is named after Ry, Jutland, where come from the Vikings who ravaged the area and ended up settling in the ninth century. It is said that in 1101 reached its port three miraculous crucifixes that were found on Mount Golgotha​​, near Jerusalem. Two were taken to Italy and Normandy. A third was here at the church of Saint Wulfy. The increasing number of pilgrims who came to see the crucifix forced to expand the temple with the chapel of Saint Esprit. In the rue des Soufflets, in front of the court of the church is a medieval timber-framed house, probably the oldest, not only in Rue but the entire department.

The Somme is the sea forming broad marshes that extend for kilometres. In some places the water, numb, indolently gives back the reflection of the landscape that draws on them. Not look like the canvas painted by the Impressionists but rather has the remarkable detail and care that characterizes the hyperrealism. North of the mouth is Le Crotoy, a small town in which it is worth stopping to taste the seafood. Opposite, on the other bank, Saint Valery sur Somme made ​​his fortune in the salt trade, it was said that their stores were the largest and strongest in France. In Saint Valery and other nearby ports met in 1066 the fleet of William the Conqueror before heading to Hastings, across the Channel. In the Ville Haute part of its fortified gates remains: Nevers and Guillaume, majestic with its two cylindrical towers. Here was imprisoned Joan of Arc in 1430, on the way to her Calvary in Rouen. 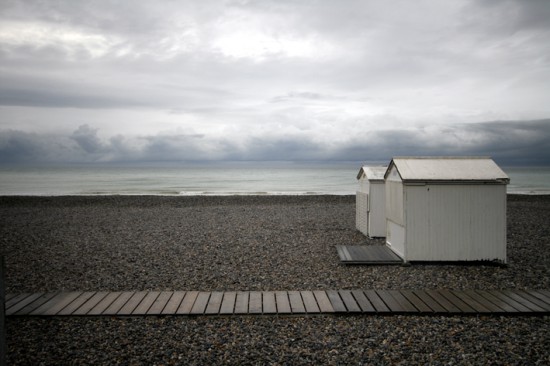 In the Opal Coast lay the seaside resorts that became fashionable among the Parisian bourgeoisie in the nineteenth century. Ault is overlooking the sea on its steep cliffs of white chalk highlighting on the colour of the sea in the storm. In Mers les Bains the abrupt abysses of Ault become a beach with their white colours bathhouses. This is the last Picardie town before Le Tréport, past The Bresle starts the Norman lands. 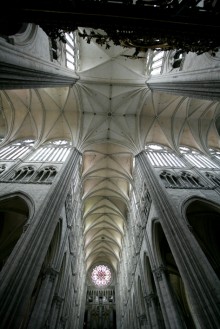